A trail of metal studs, leather jackets, cigarette butts, and broken hearts leads to a happy ending in “Love You To Death,” the new video from Kate Clover. In the visual, premiering here at HollywoodLife, Kate competes in The Dating Game by way of David Lynch at the seediest of dive bars, all while a trio judges all her potential suitors. A gold-tooth cowboy tries to lasso Kate’s heart, only to be sent riding off into the sunset. A puppy-hooded candidate sits, begs, and rolls over for a chance at romance but gets told to chew on his bone at the pound. It’s not until the final candidate – tall like Joey Ramone, dangerous like Dee Dee, and wearing a shirt taken out of Lux Interior’s closet – that Kate finds the one. 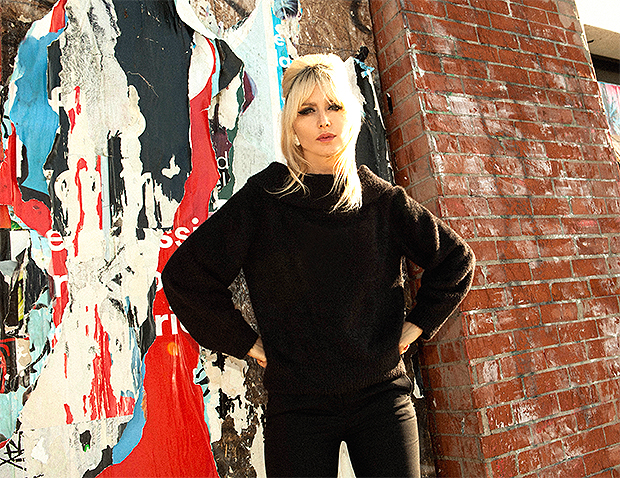 With a cast full of insanely cool people that you wish were your friends — Zumi Rosow, Penny Angela, Mark Indelicato, Joshy TV, Julian De La Celle, Brandon Welchez – and directed by Orange Is The New Black’s Rebecca Knox, “Love You To Death” captures exactly why Kate is the next great entry in Los Angeles’ rich rock and roll legacy. It’s campy but sincere, edgy but fun, delightful but badass. The video is a perfect companion to the song because “Love You To Death” is all that and more. With the heart of Southern California’s garage rock scene, a dash of eyeliner from its glam-punk heritage, and soaring new wave vocals, “Love You To Death” grabs you by the heart from the opening notes, throws you into the passenger seat of a stolen convertible, and takes you on a wild ride – while making sure you get home before curfew.

“Rebecca and I thought it would be funny to do a dating game spoof, but BDSM themed,” Kate shares when discussing the inspiration behind the video. “The John Waters film Cry Baby was aesthetically an inspiration. We lead with humor and storytelling. We wanted it to reflect the spirit of the song and not be too pretentious.” As for the gorgeous faces in the visual? “Everyone in the video are close friends,” shares Kate. “After Rebecca sent me the treatment, we got on the phone and cast all the roles. It felt effortless because everyone we chose fit their parts perfectly.” 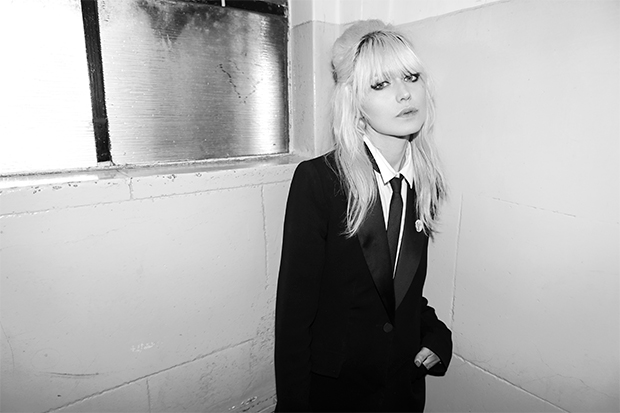 If Kate Clover’s “Love You To Death” video and song signifies the future of rock – a playful tone, a no bullsh-t edge, a feminist heart, LGBTQ+ acceptance, and full of respect and consent — then the future is looking good. The future arrives sooner than you think: Kate Clover will release Channel Zero, her first EP on SongVest, on May 14. Produced by Brandon Welchez (of Crocodiles), the EP heralds the next step in her career. And when she takes that step, it’ll be in a deadly high heel boot and with a confident gleam in her eye. You love to see it.

“Love you To Death” Is out now. Channel Zero drops May 14.