Katy Perryand Orlando Bloomare pledging to be together in sickness and in health, but that doesn’t mean they’re throwing all caution to the wind.

With the coronavirus rapidly spreading across the globe, the soon-to-be parents are putting their wedding plans on hold for the moment. A source tells E! News Katy initially “had her heart set” on hosting her and Orlando’s nuptials in Japan, but the rapidly-spreading illness has forced the duo to “wait to see what happens with travel and coronavirus.”

“The wedding is coming up and everything is planned,” the source shares, before adding, “It’s up in the air and things could be changing.”

Another source reveals the actor and singer are “considering moving the plans to the U.S.”

As fluid as the situation is, the priority is making sure everyone maintains their health, especially since the second source says Katy is “about five months” pregnant.

The singer revealed the exciting news by releasing a music video in which she was dressed in an elegant dress that showed off her growing baby bump. It’s all rather fitting considering she sings about her excitement to start her life with the Pirates of the Carribean star in the song titled “Never Worn White.” 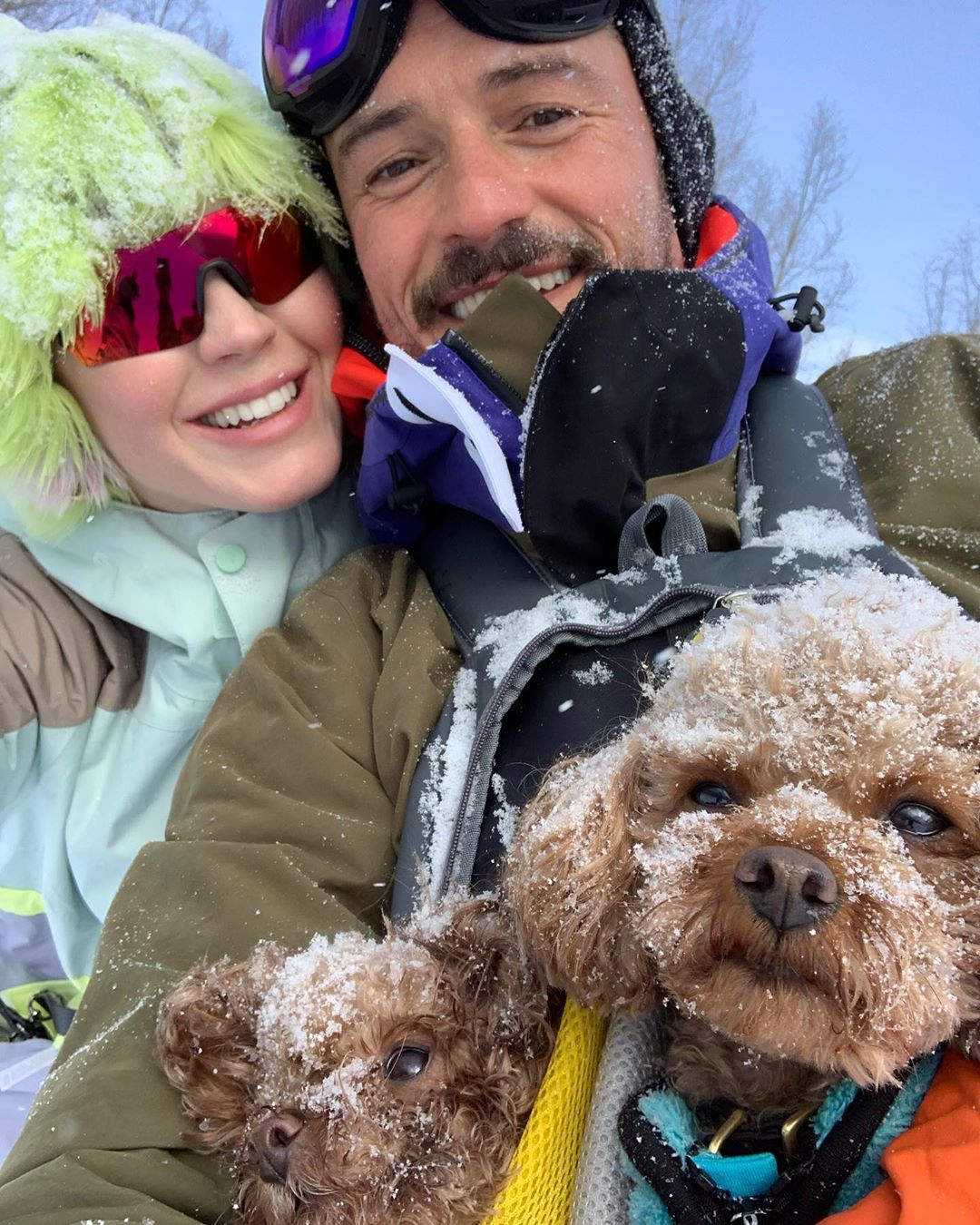 “There’s a lot that will be happening this summer,” Katy later shared, teasing the baby’s birth, a new album and her potential wedding. “Not only will I be giving birth, literally, but also figuratively to something you guys have been waiting for. So let’s just call it a double whammy. It’s a two-for.”

Orlando, on the other hand, hasn’t spoken out about the bundle of joy on the way, but there’s no doubt he and Katy are over the moon over all the future has in store for them. He previously shared, “Makes all the difference having a partner to enjoy the highs, lows and everything in between.”

When their baby makes its grand entrance later this year, it will join older brother Flynn, whom Orlando shares with ex-wife Miranda Kerr.