KEPA is ready to snatch back Chelsea's No.1 jersey off of Edouard Mendy.

The Spaniard was the Blues’ penalty shoot-out hero for the THIRD time already this season as he played his part to guide the club into the Carabao Cup quarter-finals. 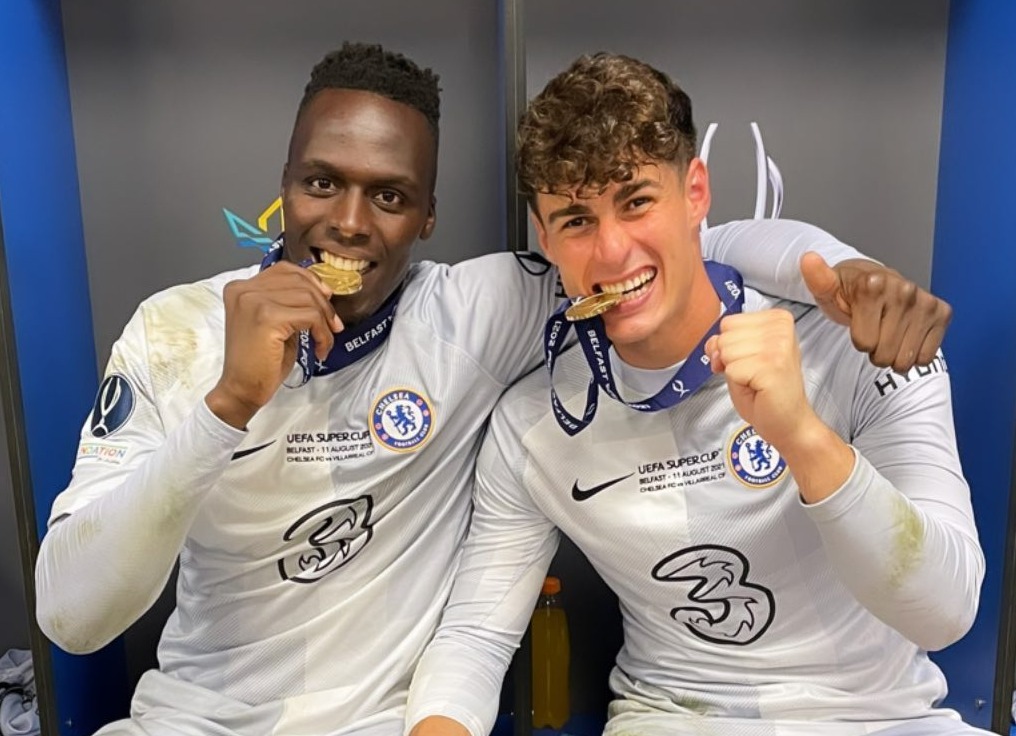 Tuesday night’s win over Southampton on penalties followed similar results in the previous round against Aston Villa as well as victory in the Super Cup over Villarreal.

In total, Kepa has been triumphant in five of his last seven shoot-outs at Chelsea.

Despite this, he is still currently seen as the No.2 by boss Thomas Tuchel – who has put his trust in Mendy since taking charge at the club in January.

But Kepa, 27, knows his time is coming – with Mendy, 29, likely to be called up for the African Cup of Nations for Senegal from January 9 to February 6.

In that time, Chelsea have two potential title-deciders against Manchester City and Tottenham.

Asked about the impact of AFCON on his game time, Kepa said: “It’s two months away. Of course, we know it can happen.

“We have a lot of games until we start thinking about that, but if he goes, all the best and I will be ready.”

Kepa’s start against Southampton was his first for over a month – since the previous round against Villa – and has just one Premier League start to his name so far this campaign.

The Carabao Cup quarter-finals are not until December 21 and 22.

And despite starring in the Super Cup, Kepa is yet to appear in the Champions League this term.

He continued: “I want to keep playing and if we lose in the cup and we're out, I have one game less, no? So, I start with this mindset.

“But I really want to enjoy being on the pitch with that pressure. I want to enjoy it because when you're on the bench it's not the same.

“I want to play more regularly. My last game was also a cup game, more or less a month ago.

“So, it's not easy to sometimes step in and feel the same as you would if you play every week. But I try to be ready, train hard, be involved in the team.

“Also, I feel the confidence of the manager – this is really important. I've felt his support from the beginning and I think when I step in I'm ready to help the team.

Whatever happens, Kepa has surely now cemented himself as the best penalty stopper at the club.

His off-putting tactics ensured Saints duo Theo Walcott and Will Smallbone missed their penalties – something Kepa admits comes natural to him.

He said: “I think right now in professional football everybody has the information about the other team.

“I feel confident. It's a bit of luck, a bit of work, a bit of everything but I feel really good.

“Hopefully we can win the next game in 90 minutes but if we go to penalties I'm ready to go again.”