The girlfriend of President Donald Trump’s eldest son has tested positive for coronavirus, CBS News has confirmed. Kimberly Guilfoyle, a former Fox News television personality who is dating Donald Trump Jr., had traveled to South Dakota to see the president’s Fourth of July speech and fireworks show at Mount Rushmore.

Both Guilfoyle and Trump Jr., who serves as a top surrogate for the president, are isolating themselves and have canceled public events, according to Sergio Gor, chief of staff to the Trump campaign’s finance committee. A source told CBS News the couple did not travel to South Dakota on Air Force One and were not in direct contact with the president.

According to a cached invitation page, Trump Jr. and Guilfoyle headlined a fundraiser in Rapid City Thursday night.

In a statement to CBS News, Gor said: “She’s doing well, and will be retested to ensure the diagnosis is correct since she’s asymptomatic.” 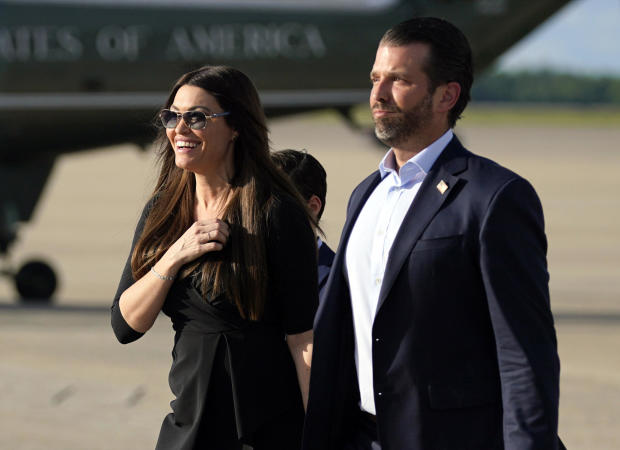 Guilfoyle is at least the third person close to the president to test positive for COVID-19. Vice President Mike Pence’s press secretary Katie Miller tested positive in May.

Related posts:
July 4, 2020 Lifestyle Comments Off on Kimberly Guilfoyle, Donald Trump Jr.’s girlfriend, tests positive for coronavirus while in South Dakota
Celebrity News:
Alicia Keys Teams Up with E.l.f. Beauty for New Lifestyle Beauty Brand!
Joey King on Jacob Elordi's Claim He Didn't Watch 'Kissing Booth 2'
Jennifer Garner Spotted With Bradley Cooper and His Kid Amid Split Rumors With Boyfriend
Fabolous and T.I. Blasted on Social Media for Revealing Record Labels Insisted They Hide Their Wives and Families
'General Hospital': Wes Ramsey Had a Crush on Laura Wright Long Before They Started Dating
Recent Posts
This website uses cookies to improve your user experience and to provide you with advertisements that are relevant to your interests. By continuing to browse the site you are agreeing to our use of cookies.Ok