Lady Gaga isn’t stopping with the Chromatica collaborations. After teasing the new album with “Rain on Me” featuring Ariana Grande and “Sour Candy” with K-pop girl group Blackpink, she treated listeners with a third collab—”Sine from Above” starring the one and only Elton John. Together, the musical powerhouses trade verses on the rapturous dance track about finding healing through music.

The title is a play on words about how music was an escape for Gaga when she was in a place of hurt. “S-I-N-E, because it’s a sound wave,” she explained to Apple Music. “That sound, sine, from above is what healed me to be able to dance my way out of this album. That was later in the recording process that I actually was like, ‘And now let me pay tribute to the very thing that has revived me, and that is music.'” 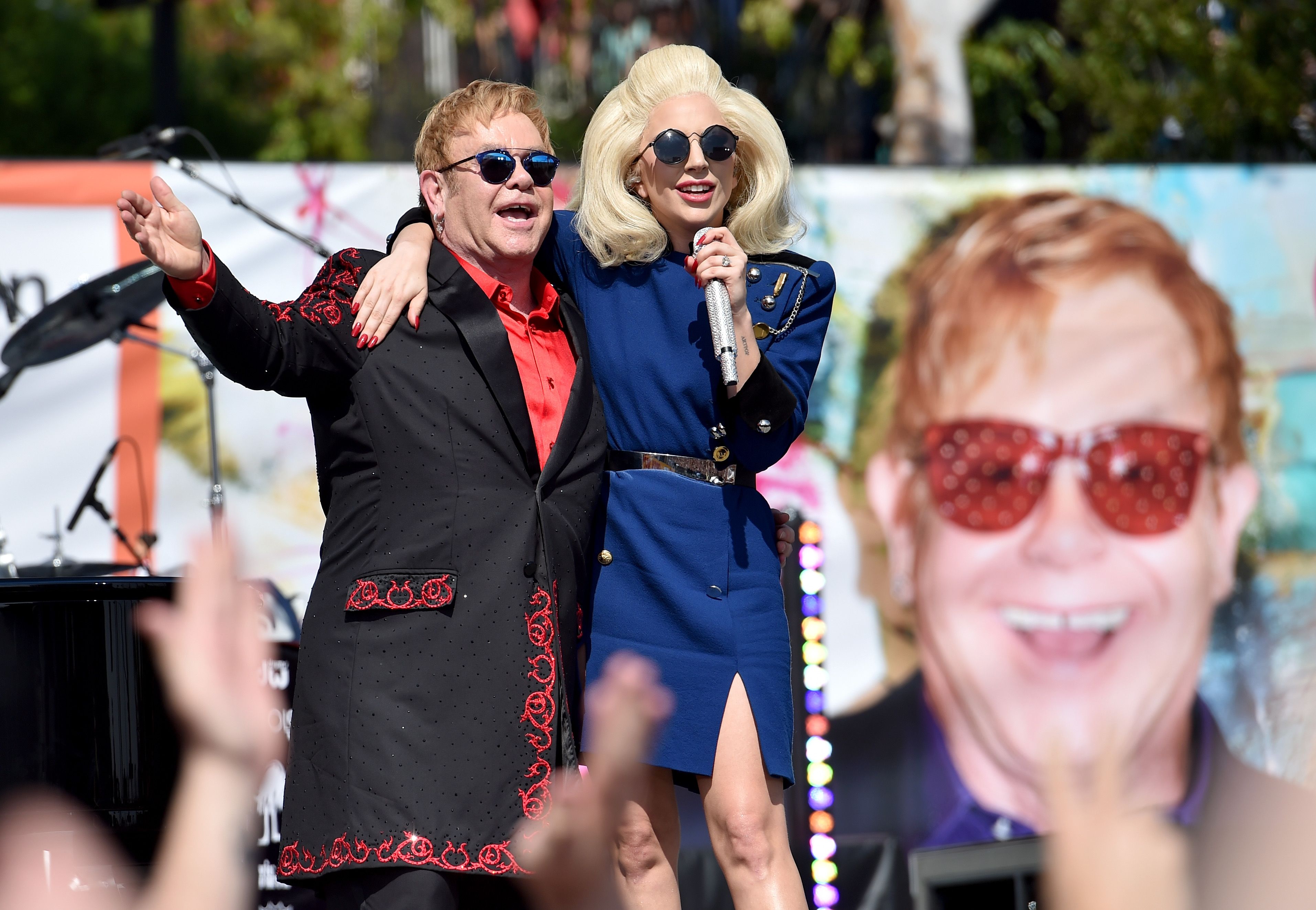 Gaga and John are longtime collaborators, and they’ve performed live together a number of times, including at the Grammys in 2010, for a Thanksgiving TV special in 2013, and during a Sunset Strip concert in 2016. She’s also the godmother of John and his husband David Furnish’s sons, Zachary and Elijah Furnish-John.

“He’s been my mentor for a long time,” Gaga told Beats 1 radio host Zane Lowe of the music legend. “I mean, he’s always challenged me to keep my head above water and it’s something that I always appreciate is that he knows when I’m down. He just does. And he knows because I hide, because I never want anyone to see me when I’m like that.”

Read the full lyrics from “Sine from Above” here.

Related posts:
May 29, 2020 Lifestyle Comments Off on Lady Gaga and Elton John Dance the Pain Away with “Sine from Above”
Celebrity News:
Oscars Expand Shortlist For International Film Contenders To 15, Eliminate Executive Committee “Saves”
David Cassidy Rejected His 'Partridge Family' Co-Star Susan Dey Because She Wasn't 'Slutty' Enough
Sabrina Carpenter’s Dating History Is Seriously Juicy
Cate Blanchett & Tyler Perry Film Scenes for ‘Don’t Look Up’ – See the First Set Pics!
Lucy Hale & Lucas Till Star In ‘Son of the South’ Trailer – Watch Now!
Recent Posts
This website uses cookies to improve your user experience and to provide you with advertisements that are relevant to your interests. By continuing to browse the site you are agreeing to our use of cookies.Ok