LANDO NORRIS screamed with joy as the McLaren driver picked up the first podium of his fledgling Formula One career.

The 20-year-old could be heard screaming and shouting expletives into the radio after a brilliant performance at the Austrian Grand Prix. 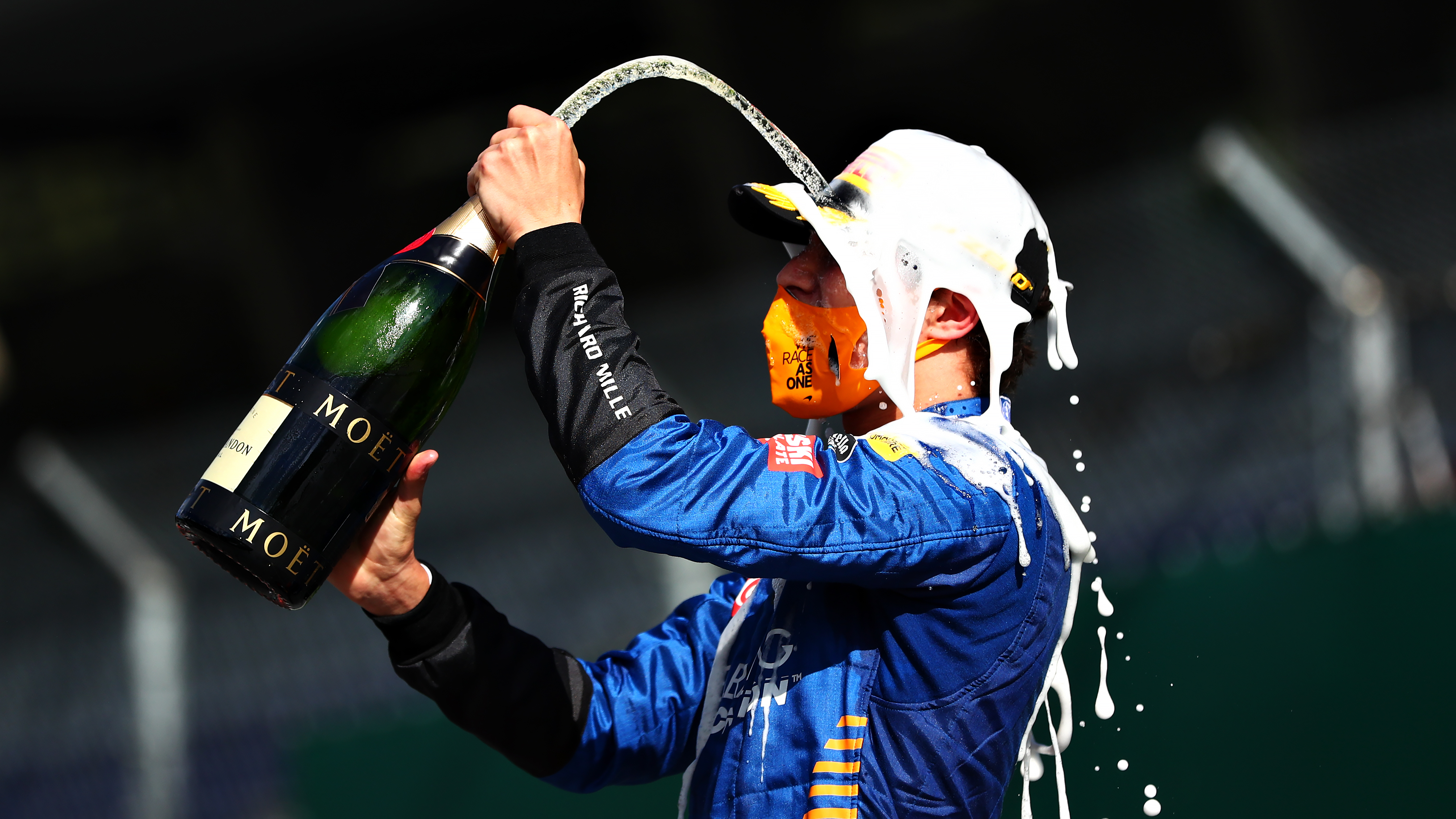 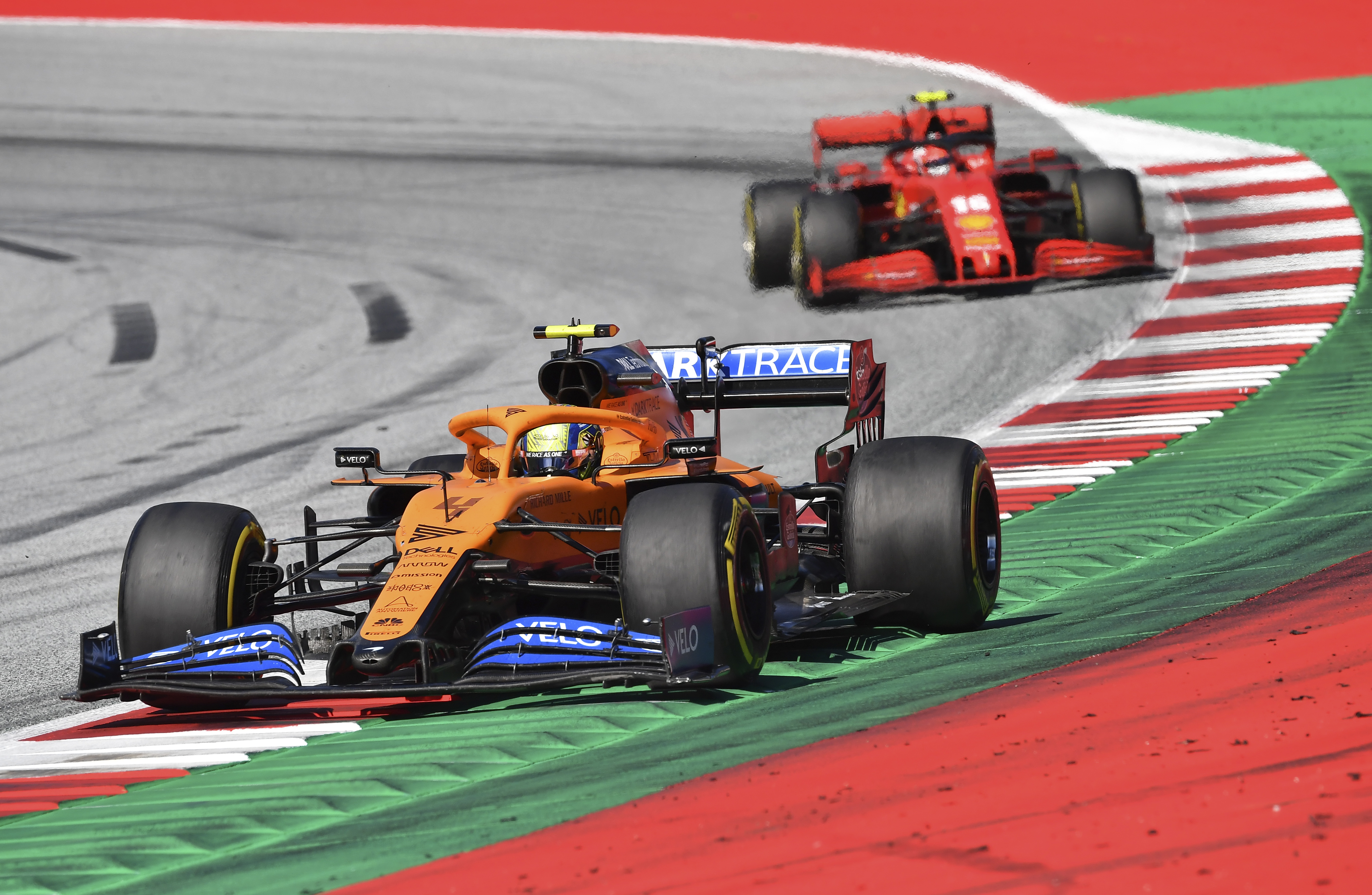 The Guilford star, who holds dual British and Belgian nationality, put in the ride of his life in Spielberg finishing third behind Mercedes driver Valtteri Bottas and Ferrari's Charles Leclerc.

Norris also picked up a bonus point for putting in the fastest time of the race – which he clocked on the final lap.

As his garage and pit crew went wild, Norris could be heard loud and clear on the radio.

Despite his message being heavily censored for swearing, it was clear he was overcome with joy.

"I don't want to celebrate too much yet."

But despite his modesty on the radio, he definitely enjoyed his moment when he reached the podium, looking delighted before the champagne was sprayed everywhere.

"There's a few moments where I thought I fudged it. I dropped to fifth with a few laps to go and Carlos nearly passed me and I managed to get back past Checo and I ended up on the podium.

"It was a good race, a hard last few laps to push as hard as I can, I'm so happy for the team to achieve what we have given where we were a few years ago. 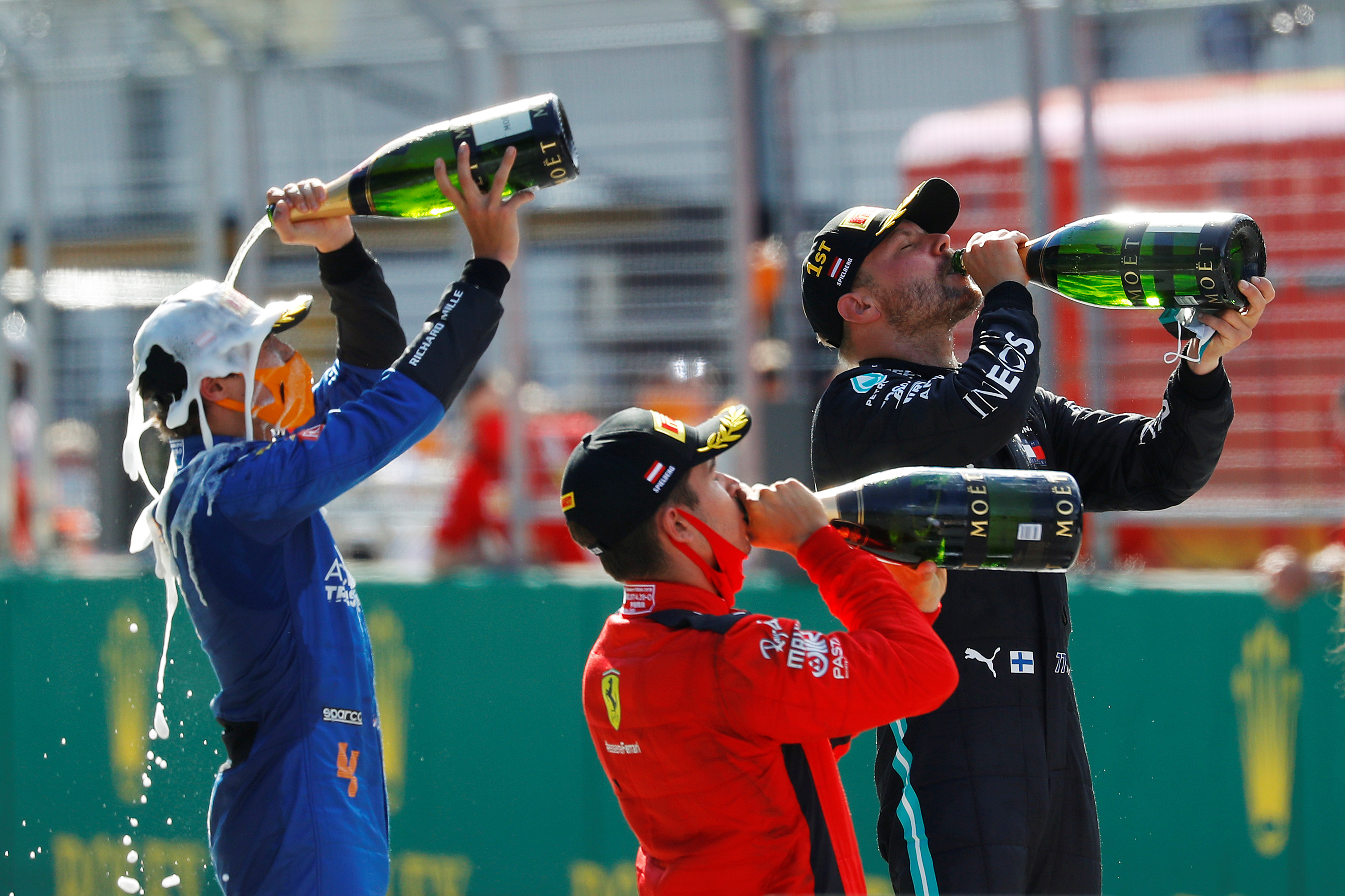 "The last few laps when I had to get past Checo I saw he had a five-second penalty.

It was a rather more disappointing race for British compatriot, and defending world champion Lewis Hamilton, who ended up fourth after he was penalised for a collision with Alexander Albon.