Demi Lovato recreates her overdose in ‘Dancing With the Devil’ video

The “Real Housewives of New York City” star, 38, slammed Lovato, 28, on Sunday for using her far-reaching voice to “drag” The Bigg Chill, a small business in Los Angeles, instead of addressing larger issues at hand.

“Demi Lovato should be ashamed of herself for using her platform of 102 million people following her on Instagram to drag a frozen yogurt spot because she’s mad that they sell diet frozen yogurt and sugar-free options because that triggers her,” McSweeney said in a series of videos on her Instagram story.

“Therefore, they should just be harassed and go out of business. What the f–k?”

The Bravolebrity sympathized with Lovato’s history of eating disorder struggles but questioned why an entire industry should have to change just to meet her needs.

“I mean, I’m sorry that she had to deal with an eating disorder. That’s terrible. But does that mean that we have to stop offering people sugar-free options for things?” McSweeney asked, noting that people with diabetes can’t have sugar.

“What about people who just don’t want to f–king eat regular ice cream and want to eat some sugar-free frozen yogurt?” she continued. “I want that s–t sometimes.” 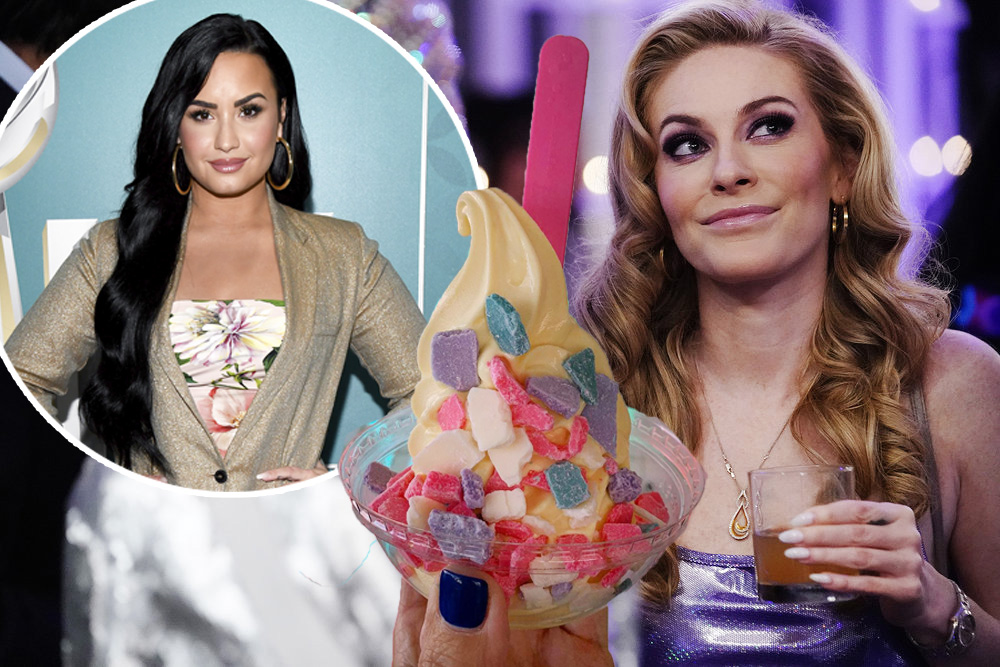 The reality star went on to call Lovato’s actions the “ultimate privilege,” saying it was “absolutely disgusting” that the “Dancing With the Devil” singer would call out a small business.

“The ultimate privilege is to just use your platform with millions and millions of people to drag a f–king business with 6,000 followers on Instagram who have been doing their thing since the ’80s,” she said.

The “Cool for the Summer” singer recently called The Bigg Chill “diet culture vultures” for selling sugar-free varieties. The frozen yogurt shop wasn’t sweet on the criticism and defended itself, explaining that it carries “items for Diabetics, Celiac disease, Vegan and of course have many indulgent items as well.”