MICK FITZGERALD is one of the friendliest blokes in racing.

But when it comes to the Cheltenham Festival he is all Business. 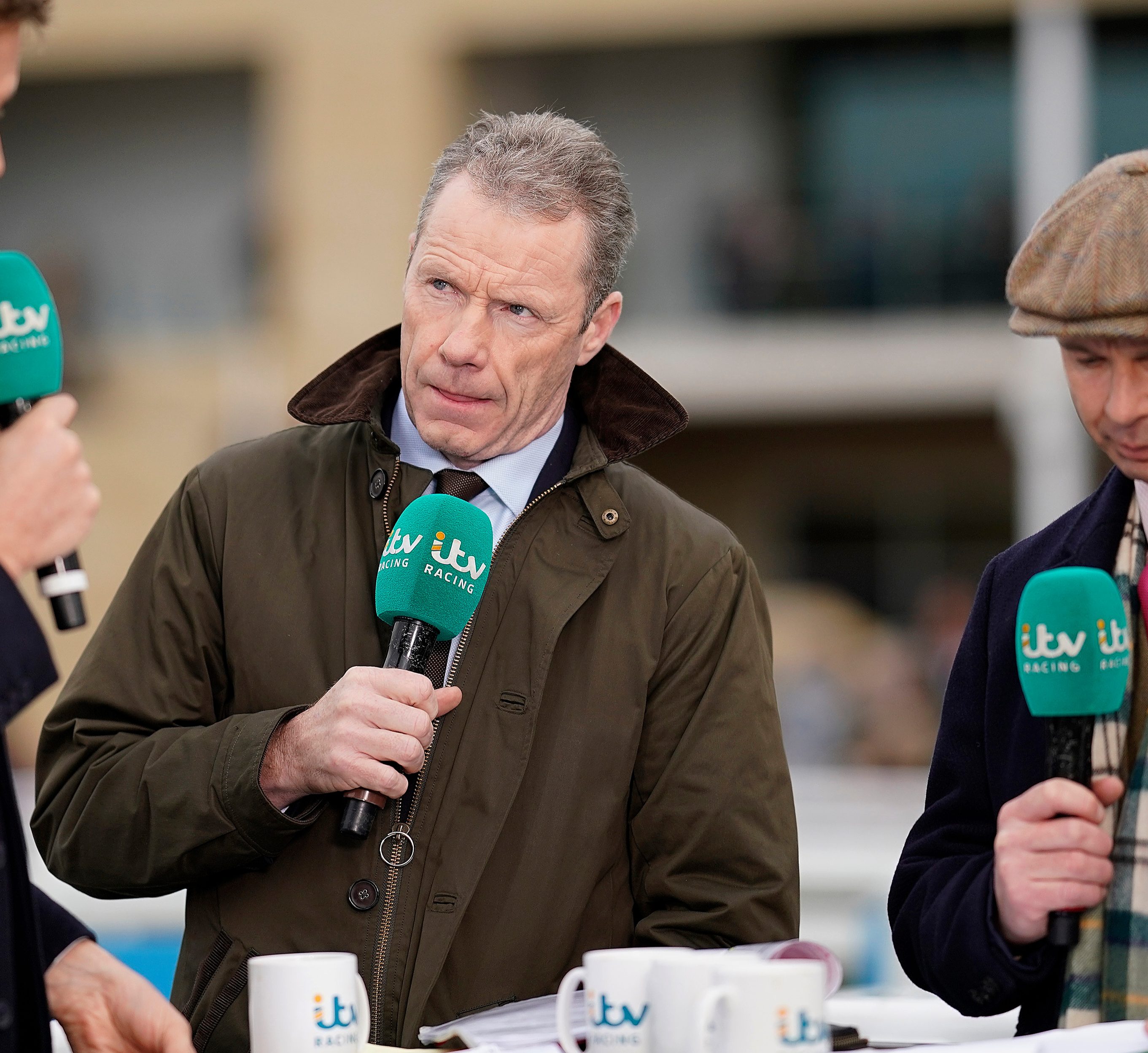 The horse’s memorable Gold Cup victory kicked off a golden period for both jockey and trainer. But Fitzy’s love affair with the Festival didn’t get off to the smoothest start.

He said: “I was a bit of a slow burner, but when I got the job with Nicky Henderson in ‘94, all I could think about was Cheltenham.

“And in the build up that year, Richard Dunwoody got banned after having a fracas with Adrian Maguire at Nottingham.

“So I picked up the ride on Remittance Man in the Champion Chase and I thought all my Christmases had come at once.

“But then I floored him at the third last. I’ve never been as shocked in my whole life. I was lying on the ground thinking I was finished.

“But Henderson is just the best boss. I was panicking going out to ride Raymylette in the Cathcart but he looked me in the eye and said ‘go out there and enjoy yourself’.

“It took the pressure off and I gave him a good ride and he got the job done. It was an unbelievable feeling. It was only the Cathcart, but it may as well have been the Gold Cup. It was even more special than I thought it would be, and it was a very proud moment for me.”

While Fitzgerald looked up to dual champion jockey  Dunwoody, their relationship became strained as they started to compete for rides.

Fitzgerald said: “I wanted to be as good as Dunwoody but that then becomes difficult when he’s the jockey you’re trying to elbow out of the way.

“We clashed  badly one day at Ascot and we ended up having a fight, so there was a real rivalry for a time.”

And that rivalry came to a head in 1999 when the pair locked horns in the Gold Cup. 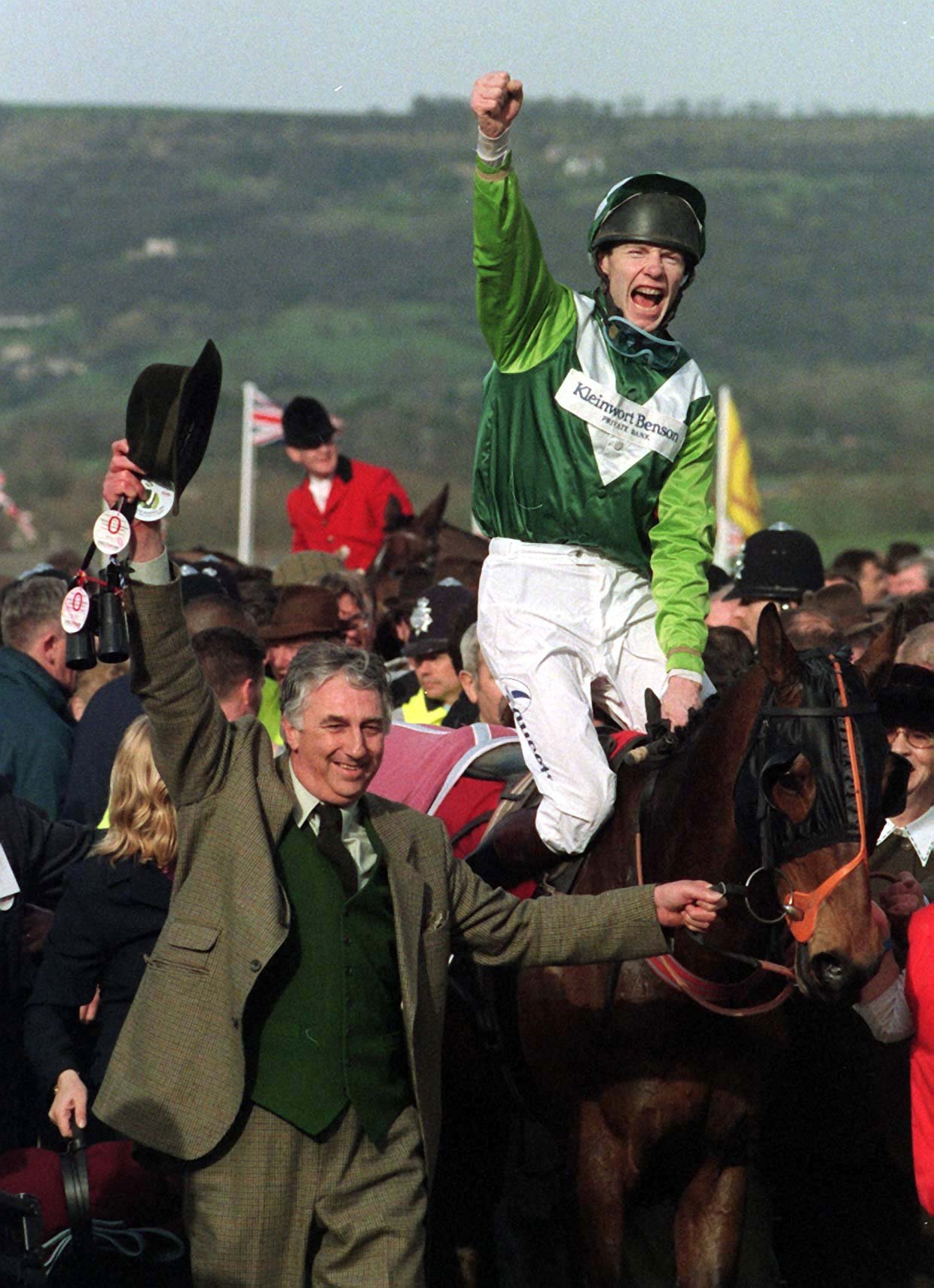 Fitzgerald was having an incredible Festival, having won the Champion Chase on Call Equiname and the Triumph on Katarino before getting the leg up on See More Business.

He recalled: “The Champion Chase is all about speed. I rode Call Equiname and it was like driving a Ferrari against a load of Minis. He was an absolute aeroplane and he bolted up.

”Everyone says what a great race Edredon Bleu and Direct Route had the year after, but he beat them both easily. He had injuries and probably didn’t get the credit he deserved.

“On Gold Cup day I started off on Katarino in the Triumph.

“I thought he was a certainty, but he was never going early. Suddenly down the back he had half a sniff and I thought ‘aye aye, here we go’ and he picked up going to two out and went on to win easily.”

Fitzgerald continued: “So I was going into the Gold Cup on cloud nine and I rode See More with a lot of confidence.

“I can remember going down the hill second time round and I could sense Dunwoody on Florida Pearl.
“He loomed up but I had a little glance over rounding the bend and I could tell the horse was running on empty.

"There was only Go Ballistic in front of me and I knew See More was a better horse.
“I fired him into the second last and he winged it and the same again at the last. It is so important to keep up momentum. It was a long run in but I always knew I’d get there.”

It was the fitting of blinkers on See More Business which really proved the turning point in the horse’s career.

Fitzgerald said: “One of his owners John Keighley wasn’t keen to fit him with blinkers.

“I schooled him and I could not believe how awkward he was. So I said to Paul stick some blinkers on him and let’s see how he reacts. It was like riding a different horse.

“It changed everything for the horse and for me, and for Paul Nicholls who was really announcing himself on the big stage at the time.

”He went on to win at the Festival and the rest is history.”

WATCH Mick on Sky Sports Racing with live coverage daily from more than 900 UK and French fixtures, plus the biggest international events