Facebook has banned the sharing or viewing of our news articles on its platform. For independent journalism straight from the source, download our app and sign up to our newsletters.

Louise Adler isn’t surprised by Hillary Clinton joining a long line of politicians – including Winston Churchill, Jimmy Carter and Jeffrey Archer – who have turned their hand to fiction.

“Caution is the overriding attribute of memoirs and autobiographies by politicians,” says Hachette Australia’s publisher at large, who has commissioned many such books in a career spanning more than three decades. “The courage to be explicit and frank and take us inside their world [is limited] when they’re writing non-fiction. But with fiction, they can let rip.” 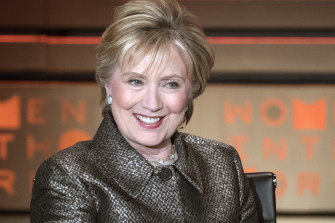 Former US presidential candidate Hillary Clinton is turning her hand to fiction.Credit:AP

It was announced on Wednesday that Clinton, a former US secretary of state and presidential candidate, has partnered with award-winning mystery author Louise Penny to write an “international political thriller”. Their novel, titled State of Terror, will be jointly published by Simon & Schuster and St. Martin’s Press in October. The book centres on a “novice” secretary of state, working in the administration of a rival politician, who tries to solve a wave of terrorist attacks. Clinton described writing a thriller as a “dream come true”.

“Somebody like Hillary can write with authenticity about what it’s like to be secretary of state in the middle of a crisis,” says Lindsay Tanner, who served as Minister for Finance and Deregulation in the Rudd-Gillard governments.

In 2016, Tanner released his debut novel Comfort Zone, billed as “an astute [story] about Australian racism”. His second novel Comeback, published in 2019, looks at the problem of housing insecurity from the perspectives of different characters.

“Fiction allows you to say all the things you can’t say as a politician.”

Tanner believes that long-form fiction appeals to politicians because it frees them from the constraints of other mediums.

“In my novels, I could explore complex issues like racism or living with the constant threat of not having a roof over your head in a way that’s not easy to do in a [newspaper opinion column] or a short political speech,” he says. “When you examine these themes through the life experiences of individuals, you can build in a lot more nuance and depth because people relate better to stories than to abstract concepts.”

“My main character [in Comfort Zone] was a classic older, male bigot,” he says. “He had a tough life and he was at the bottom of the heap but when you put him to the test, his core values turn out to be OK. If you just run around poking people in the chest and calling them racist, all they do is recoil.” 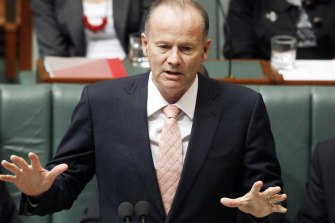 Among other politicians who have published novels or poetry are Newt Gingrich, Benjamin Disraeli, Ann Widdecombe, former Norwegian Minister of Justice Anne Holt, former Australian Governor-General Paul Hasluck, and current Prime Minister of the United Kingdom, Boris Johnson, whose 2004 book Seventy-Two Virgins was described by The Guardian as “sexist, racist and fundamentally undiplomatic”.

The House of Cards trilogy, written by British Conservative politician Michael Dobbs, has been adapted to television in both the UK and the US. In 2018, Bill Clinton co-authored a political thriller titled The President Is Missing with popular novelist James Patterson.

Nevertheless, Uhlmann – who co-wrote a series of political thrillers with Steve Lewis – expects every line in Clinton’s debut novel to be parsed for subtext or hidden meaning.

“If she has a character with a philandering husband, people may well [assume that character was inspired] by her personal experiences,” Uhlmann says.

“Steve and I certainly planted stories in our book that we know to be true, but that we could never print in our day jobs. And I did have a couple of politicians ask if those characters are based on them.”