The Red Devils were left fuming after Callum Hudson-Odoi appeared to handle the ball in the Blues’ penalty area. 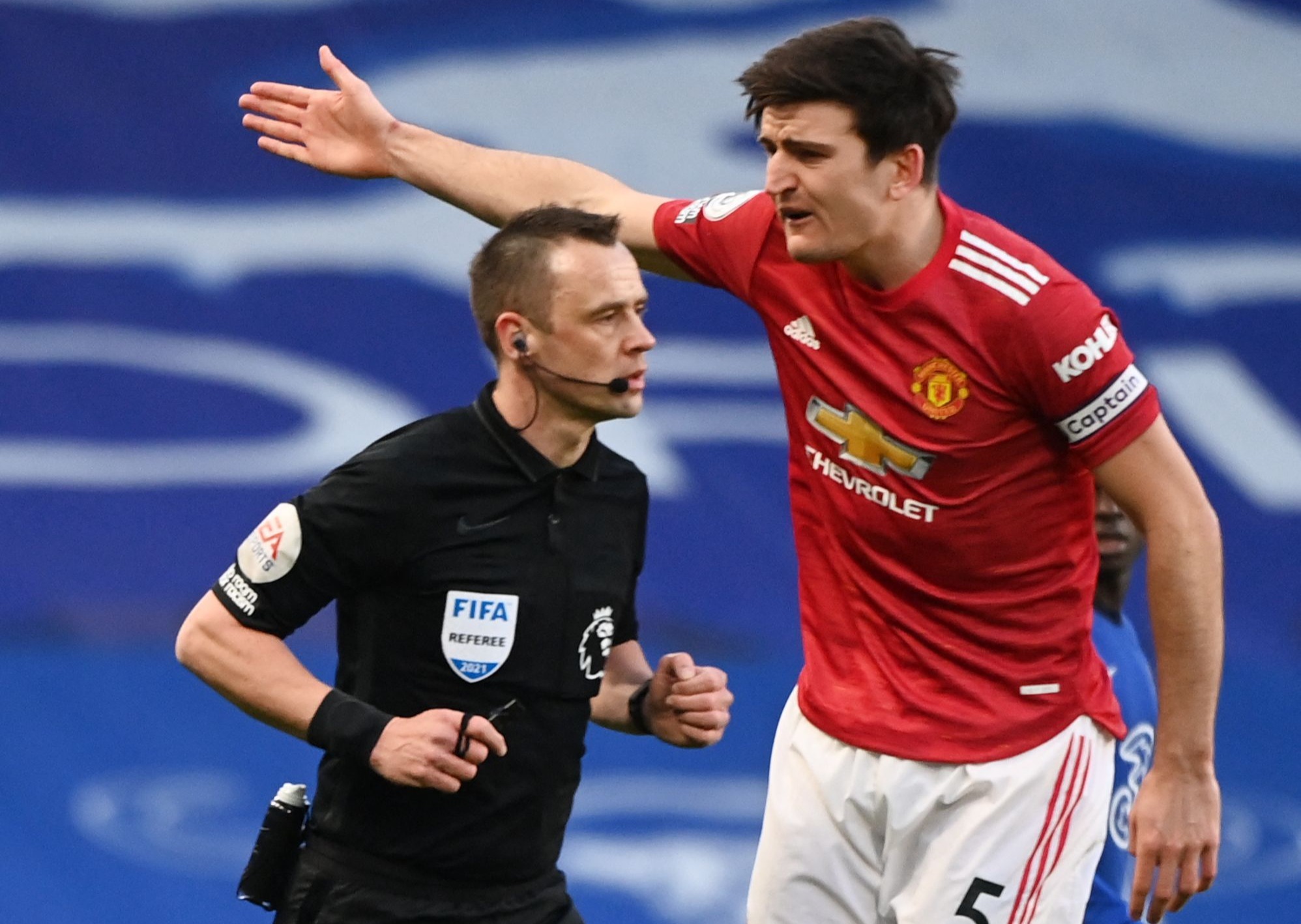 But ref Attwell decided NOT to award the spot-kick after a lengthy check on the VAR touchline monitor.

The Stamford Bridge clash ended 0-0 – the second goalless draw between Chelsea and United in the league this season.

And Shaw has now claimed Attwell was involved in a confusing exchange with Red Devils captain Maguire in the wake of the incident.

Shaw told Sky Sports: “At the time I saw a handball but I wasn’t sure whether it was Mason (Greenwood) or Callum.

“I don’t know why they checked for a pen, if it’s not going to be a pen I don’t think they needed to stop.

“I don’t understand why they’ve got to stop it, you think he’s going to give a penalty.

“We were attacking, it’s confusing with this VAR, if it’s not going to be a pen, we don’t want it to stop the flow of the game.”

Marcus Rashford fired off a ferocious free-kick at Edouard Mendy, who parried it into the air and over to the right of his box.

Hudson-Odoi and Greenwood both challenged for the ball, which took a bounce as both players raised their arms.

Play continued as VAR decided to check the incident, with ref Attwell eventually stopping play to go to the TV monitor.

Both sets of players berated the official as he checked the incident from various angles.

Indeed, replays suggested the ball took a definite touch off Hudson-Odoi’s hand, which was being raised upwards during the incident.

Sky Sports pundit Gary Neville was adamant a penalty would be awarded.

But the ref left United gobsmacked as he instead dismissed the claims and restarted the game with a free-kick for the visitors in their own half.