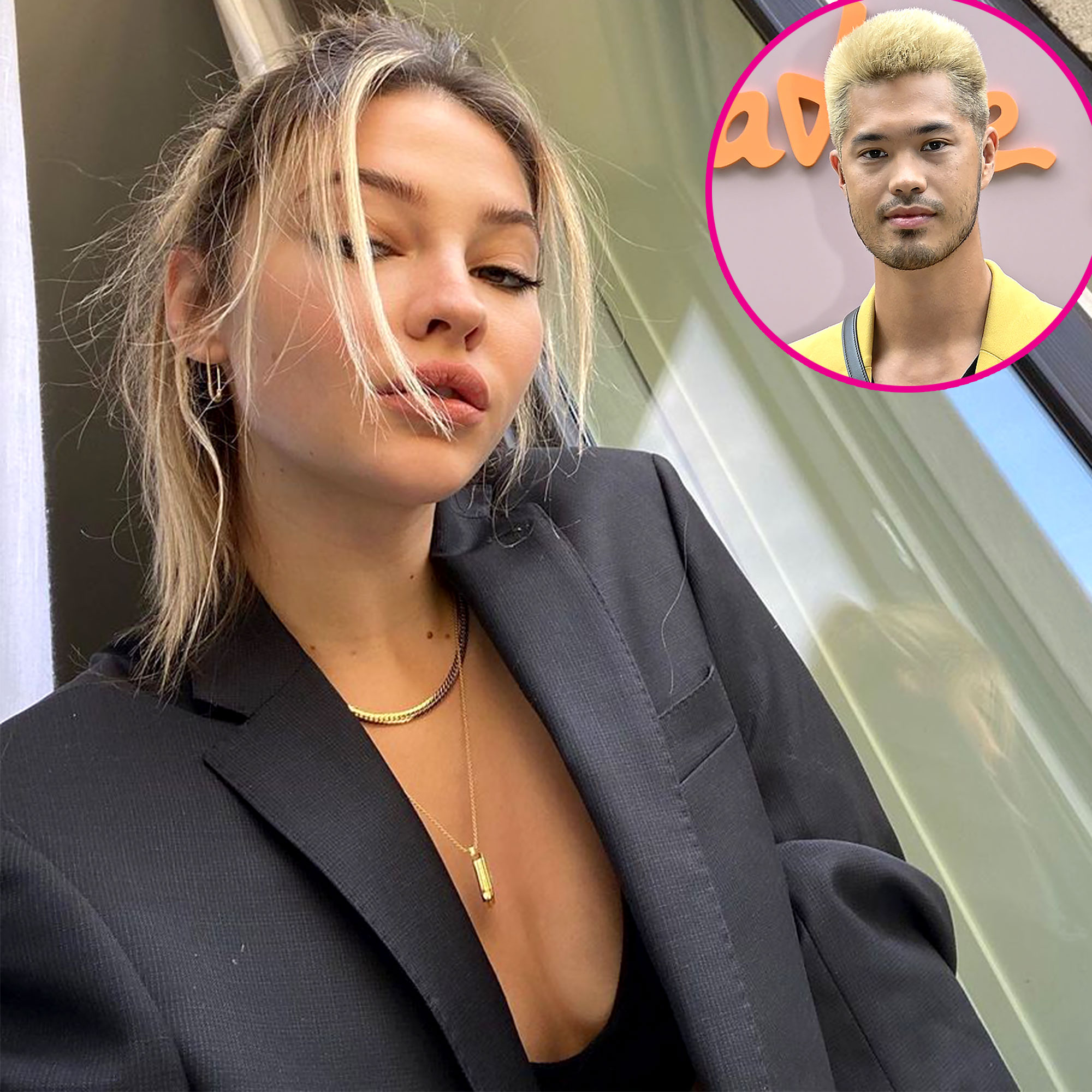 More than just friends? Madelyn Cline was spotted spending time with Ross Butler in Milan amid speculation that she and Chase Stokes have called it quits.

The South Carolina native, 23, jetted off to Italy earlier this month to attend various Milan Fashion Week shows alongside the 13 Reasons Why actor, 31, and a few other pals. The twosome were seen sitting together at the Salvatore Ferragamo presentation on Saturday, September 25.

‘Outer Banks’ Cast’s Love Lives: Who the Stars Are Dating in Real Life

One day later, Cline shared photos from her time at the Ferragamo show via social media. After showing off her glamorous outfit for the evening, she posted a clip of herself goofing off with Butler and a friend.

The To All the Boys: Always and Forever actor, for his part, posted a solo shot from the event as well as a snap sitting next to Cline during their Italy trip. “Dash n’ friends/fashion friends,” he captioned the photos.

Celebrity BFFs Through the Years: Photos

The This Is the Night actress — who confirmed her romance with Outer Banks’ costar Stokes, 29, in June 2020 — was then seen dancing with Butler at the CERA restaurant in Milan in a video published by TMZ on Thursday, September 30, causing some fans to think they could be dating.

While Cline didn’t tag Butler in any of her Milan photos, she did tag her Outer Banks costar Jonathan Daviss. The 22-year-old star hung out with the Boy Erased actress during his time in Milan before traveling to Miami to meet up with Stokes earlier this week.

“Miami?” Stokes captioned a series of photos via Instagram on Tuesday, September 28. The snaps showed the Maryland native jumping around his hotel room and hanging out with Davis and Austin North.

As Stokes partied in Florida, his longtime girlfriend traveled from Milan to Paris, as did Butler.

Cline shared a photo of her look for the ROKH Spring/Summer 2022 fashion show via her Instagram Story on Thursday before posting a video of the Eiffel Tower at night. 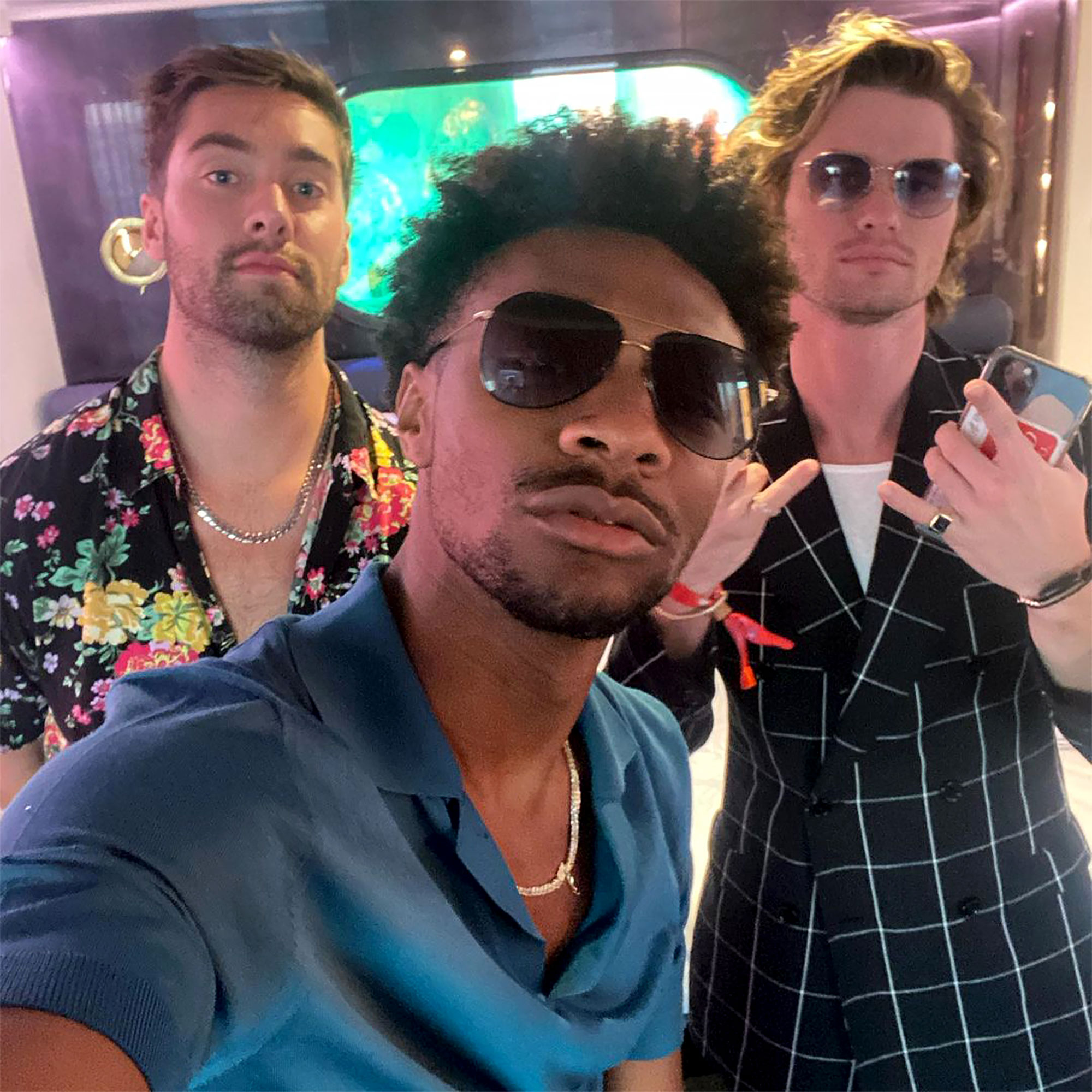 Butler, for his part, added photos of French foods to his Instagram Story on Thursday while hanging out with pal Amelie Zilber. Neither actor has posted a picture together from France as of now.

Cline and Stokes met filming season one of Outer Banks in 2019. It wasn’t until the coronavirus pandemic began in the spring of 2020 that the costars’ friendship became romantic.

“I’ve fallen and I can’t get up,” the What Breaks the Ice actress wrote via Instagram in June 2020 after her man revealed that the “cats outta the bag” and they were dating.

After season 2 of Outer Banks premiered on Netflix in July, the couple shared behind-the-scenes photos of their time on set. Cline then gushed over Stokes on his birthday on September 16, jokingly revealing his bedtime routine via her Instagram Story.

The same day, Stokes thanked his fans for all the birthday wishes, posting images of his life over the past few months — including a cuddle snap of Cline with their dog.

The actress, for her part, last posted a photo of her man on September 19 alongside a series of pictures that represented how she feels about being on a “Zoom call by myself.”

The pair sparked split speculation earlier this month when fans noticed that they haven’t been seen out together in a while. Some eagle-eyed fans also noticed that most of the twosome’s photos together in recent months were in group settings or tied to their Netflix show and not as just a couple.