Make them think it was their idea! Marketing expert explores the art of persuasion in a fascinating new tome

You know those books you see piled up in WH Smith in mainline railway stations aimed at businessmen travelling to important meetings in Kettering or Daventry? Well, I’ve finally read one, and a very strange beast it is.

Jonah Berger is a marketing professor at the University of Pennsylvania, who has also advised Apple and Nike. His book is about changing people’s minds, but deftly, subtly, without shouting at anyone or stamping on their toes.

It’s jam-packed with good ideas and very nearly believable stories. I would certainly read it on the train, in between staring out of the window at passing sheep. 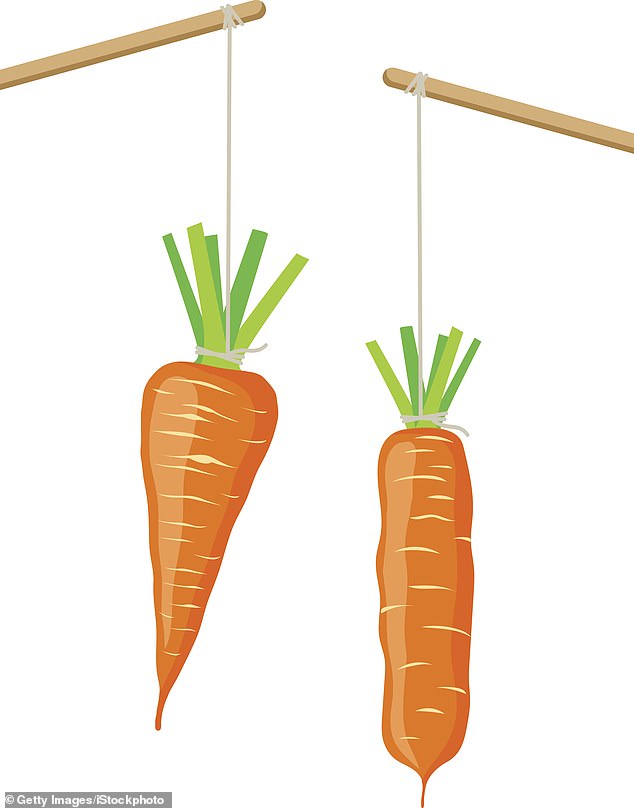 Jonah Berger who is a marketing professor at the University of Pennsylvania,  explores the art of gentle persuasion in a new book (file image)

When we try to change people’s minds — and we’re talking about everything here: politics, advertising, social attitudes, the peanut butter you buy — we tend to think in terms of pushing and coercing. But as Berger demonstrates, people just hate being told what to do. Tell them to vote one way and they’ll probably vote another way just to spite you. (Thinks: most recent elections.)

Berger recommends what he calls ‘reducing roadblocks’. Identify the obstacles, and eliminate them.

The first of these he calls, hideously, ‘reactance’. This is the anti-persuasion system that kicks in when we think someone is trying to talk us into something. ‘Encourage people to persuade themselves’, says Berger. He tells an excellent story about a public health official in Florida who encouraged teenagers to give up smoking by getting the teens themselves to ask the awkward questions.

In one TV ad, they had a couple of teens ring up a magazine executive to ask him why he accepted tobacco advertising. The executive said he supported anti-tobacco ads, but when the teens asked him if he’d run the ads as a public service, he said no: ‘We’re in this business to make money’. The teens said, ‘Is this about people or about money?’ The executive said, ‘publishing is about money,’ and hung up.

The TV ad worked. Within months, 30,000 teenagers in the state had stopped smoking. It was the most effective prevention programme ever, and it changed teen anti-smoking campaigns the world over.

Berger’s second obstacle is our attachment to the status quo. We like what we already have, and to make any change at all, the improvement has to be worth all the fuss of doing it. Say your phone needs updating but you’re fond of your old one, even though it’s falling apart. The salesman’s job here is to highlight that simply not doing anything has costs you might not have spotted, and that change isn’t as hard as it looks. 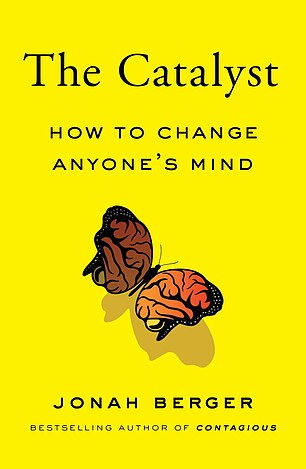 Berger observes that if you have a product or service that is terrible, you’ll replace it instantly. But if it’s merely mediocre, you might stick with it because changing it is just too much bother.

Berger tells a brilliant story about Dominic Cummings when he was heading up the Vote Leave campaign. He needed a campaign slogan, and initially he came up with ‘Take Control’. Which was all right, but he knew that referenda usually fail because people are happy with the status quo. He had to make it seem that leaving was the status quo, not remaining. Which he did by inserting the word ‘back’: ‘Take Back Control’. Berger says: ‘It made it seem like something had been lost, and that leaving the EU was a way to regain that.’

Next up is ‘Distance’, which I think means how far some people might be from the viewpoint you’d like them to have.

Say that the person you’re speaking to is a Trump supporter and climate change denier, and you want to convince him that transgender rights are a good idea. That’s distance, all right. Berger recommends taking small steps rather than large ones. Ask them to move a little way towards your goal, then ask them to move a bit further.

Berger’s book is full of goodness, but sometimes he’s so opaque you begin to wonder whether English is actually his first language. But that may just be because it’s written for people who use words like ‘reactance’ in everyday conversation. No trip to Derby or Warwick Parkway should seriously be considered without it.