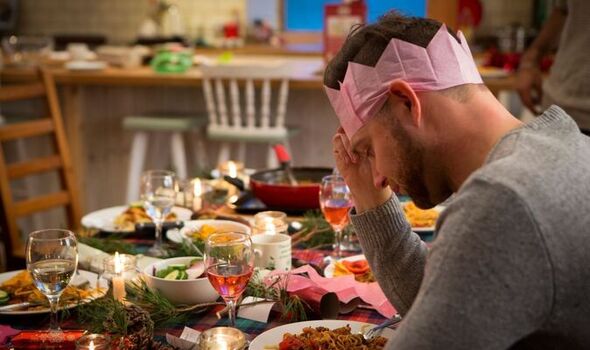 A man has been praised for refusing to cater for his sister’s “picky” children at Christmas dinner.

Previously, his sister would prepare separate food for her teenagers, but the brother forbade her from doing so this year.

The man vented his frustration at how his sister would bring a Tupperware box full of pasta and chicken for her girls to eat and then get in his way while trying to cook it for them, reports The Mirror.

Taking to Reddit, he wrote: “We have our Christmas with mum’s side the first weekend of December. I hosted, usually my sister and I switch off host duties.

“My sister has two daughters who are incredibly picky eaters at 18 and 15- years- old.

“My sister would come to family parties with a box of pasta and a bag of frozen chicken tenders that she will make for her daughters.”

But this year he banned his sister from entering the kitchen.

He added: “This year I told my wife we will not be letting my sister in the kitchen this year and the girls will have the choice of eating what I prepared or not eating.

“My sister accused me of being a cynic and getting joy from watching the girls be uncomfortable. I told her they are old enough to eat like adults.

“Certainly some of these must be foods that an 18 and 15-year-old should be able to eat.”

However, on the day the girls just sat at the table eating bread and saying how disgusting the other food looked but his sister told him he deserved this from them.

In response to the post, many were quick to support the man, as one person wrote: “They are 18 and 15, not little kids. They can be picky, you don’t have to accommodate that.

“It’s very annoying to have someone come into the kitchen and taking up space when you’re cooking a big meal.”

While another wrote: “This is not about allergies or veganism. It’s about near-adults acting like whiny toddlers and their mother catering to it for some reason.”