Squad not good enough! Keep losing players to other clubs! Ole has been hung out to dry! We haven’t got a hope! Look at what Chelsea are spending! 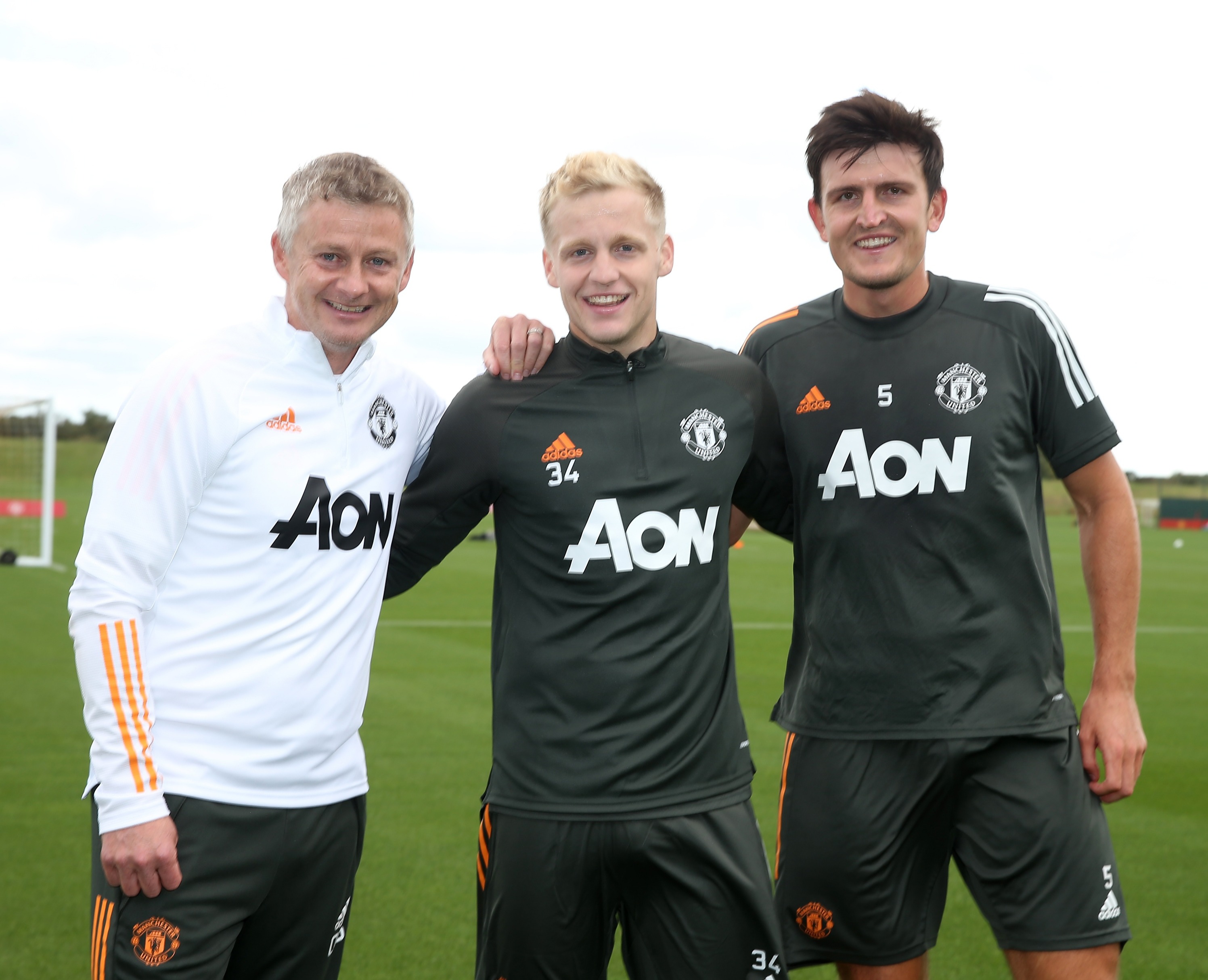 After seven years without even challenging for the title those concerns are understandable.

Before anyone piles what is to follow is not a pro-Glazer leaflet with the encouragement of some spin doctors.

In 14 years of their ownership the longest conversation I have had with any of the Glazer family is "no, I’m not talking". Think that was Bryan.

The figures revealed again this week remain shocking as to how much the American family’s ownership has cost the club.

In the last ten years the club has spent £838million on financing the debt the American family put the club into with their takeover in 2006.

In all it is well over a billion.

Across town Manchester City owner Sheikh Mansour has put in over £1.1billion since taking over the club in 2008 and yet they are the ones the football authorities go after!!

You have to imagine where United could have been had the Glazers never come along and the club taken advantage of the business acumen of Executive Vice-Chairman Ed Woodward and Group Managing Director Richard Arnold.

The problem is the latter would never have been in situ without the former and the club would still be failing to exploit their huge global sponsorship reach.

Still, here are a few more facts and figures: Since Ole Solskjaer took permanent charge just over a year ago he has spent £243million.

Since Sir Alex Ferguson retired the amount spent on players is £920million.

Now a lot of that money was wasted on players who just couldn’t hack it at United most notably under Louis van Gaal and Jose Mourinho.

The Alexis Sanchez acquisition on £505,000 a week was an example of the club’s largess without joined up thinking about the future.

"Sorry Louis but you don’t know what you’re talking about", although at times you did wonder.

Yet Under Solskajer – two titles with Molde and a relegation with Cardiff City – the recruitment has been good.

The landing of Donny van de Beek for £40million this summer from Ajax could prove to be the signing of the new season.

Bruno Fernandes, £58million from Sporting Lisbon in January, has been a revelation.

Harry Maguire and Aaron Wan-Bissaka have added much needed strength to a back four that boasted more clean sheets last season than any other club in the top five European Leagues.

Daniel James at £15million remains one for the future and a player Solskjaer still has trust in.

The return of Dean Henderson on loan from Sheffield United will put much needed pressure on David De Gea, a goalkeeper regarded as the best in the world not long back.

Add the continued investment in the academy that has most recently produced the incredible talent of Mason Greenwood and the trajectory is as positive now as it has been since Sir Alex bowed out.

They have apparently been missing targets left, right, and centre. In United’s defence the £110million being asked for 20-year-old Jadon Sancho by Borussia Dortmund is ridiculous.

Yes they were negotiating with Gareth Bale but realised early on that his desire to return to Tottenham was something they could not match.

A new left-back in Sergio Reguilon was not an option until they had trimmed their bloated defensive department that still has Marcus Rojo, Diogo Dalot, Phil Jones and Chris Smalling vying for a place in the reserves.

The club will tell you that having got 23-year-old Van de Beek early in the window they were not interested in Thiago Alcantara, 29, in any case.

Bayern Munich were no doubt happy to see him linked with United before Liverpool quickly made their move.

A link with United always helps to up the price and speed a move through. So what are United left with going into the new season.

A first team that, if they could play every week, could challenge for the title.

A squad with the demands of the Champions League to come still needs another couple of players.

Last season’s third placed finish and three Cup semi-finals shows how far they have come under Solskjaer but, still, how far they got to go.

The problem is that year after year without challenging for the title breeds panic amongst the fan base.

Then again if every subsequent manager could have done what Sir Alex Ferguson had, he would not have been that special after all – and he was.

Related posts:
September 17, 2020 Lifestyle Comments Off on Man Utd fans are in a typical pre-season panic but they should be happy with Ole – and about missing out on £108m Sancho
Celebrity News:
Kristen Bell Explains Why She Quit Using Recreational Marijuana 2 Years Ago — 'I'm Always Around My Children'
Chris Packham’s stepdaughter Megan McCubbin admits ‘worries’ for him after ‘death threats’
'Dancing With the Stars': ET Will Be Live Blogging Week 6!
Ice Cube Defends Advising Trump Administration On Plan To Help Black Americans
Karamo on Missing His Queer Eye Crew and the Music That's Gotten Him Through the Pandemic
Recent Posts
This website uses cookies to improve your user experience and to provide you with advertisements that are relevant to your interests. By continuing to browse the site you are agreeing to our use of cookies.Ok