MANCHESTER UNITED fans were left raging as Fred was denied a penalty and booked for diving despite appearing to be tripped by Nicolas Otamendi.

Red Devils midfielder Fred was just inside the area when Otamendi hung out a leg and made contact. 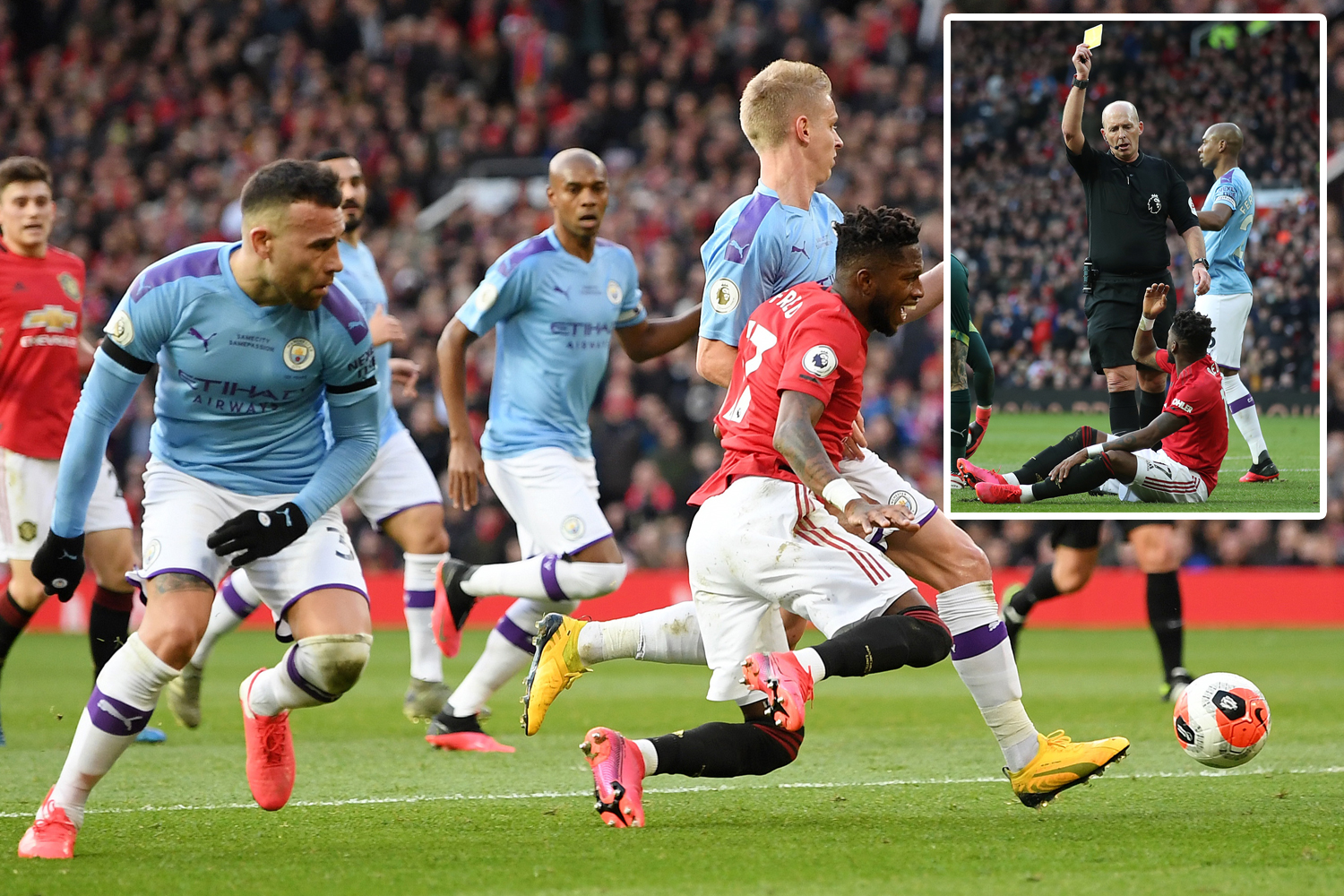 Brazil ace Fred went down but referee Mike Dean was not interested and VAR controversially did not intervene.

And Reds fans took to Twitter to let their frustrations be known.

But City keeper Ederson should have done better then get beaten at his near post.

Young Welsh winger Dan James, 22, was a thorn in City's side all afternoon with his pace.

And Ederson's nightmare continued as he threw the ball to Scott McTominay, who chipped home from outside the area to seal a 2-0 victory at Old Trafford.

The result takes boss Ole Gunnar Solskjaer's United side up to fifth, which looks set to become good enough for a Champions League spot given City's two-year Uefa ban.

However the Etihad club are appealing to the Court of Arbitration for Sport.