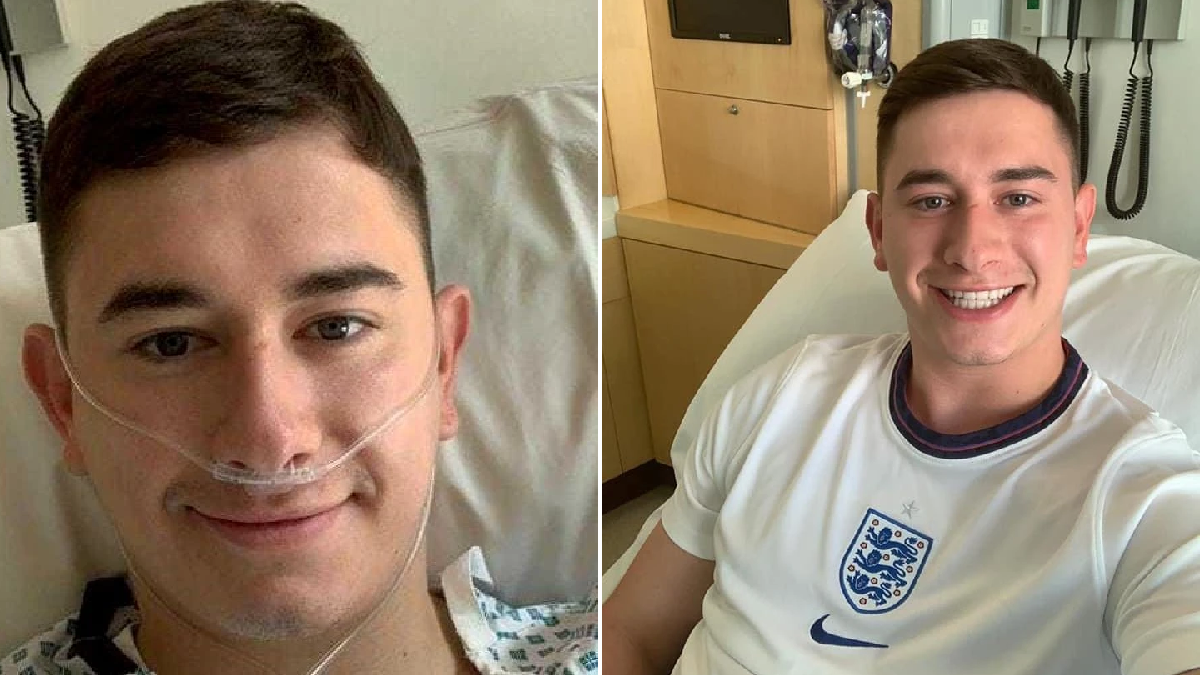 Back in July, a 24-year-old passed on the chance of seeing England play Denmark in the Euro 2020 semi-finals, in order to help a stranger who needed emergency treatment.

Sam Astley gave up his tickets to watch England at Wembley to make a life-saving stem cell donation.

After discovering that he was a donor match, Sam signed up to the Anthony Nolan stem cell register – and soon found out his procedure would be the same day as the big match.

Sam, from Dudley, adds that he has no regrets turning down the chance to see the live game.

His kind gesture was also praised by the likes of Gary Lineker and even resulted in him and his girlfriend being offered VIP tickets to see England in the final.

But now, more than 100 days on from the procedure, Sam has also found out that his donation has helped successfully save someone’s life.

He says the news of the unknown recipient reaching the 100-day milestone ‘is really positive.’

While the recipients’ details will remain confidential, Sam is permitted to write an anonymous letter to them.

The procedure to harvest the bone marrow left Sam with a sore back for a few days, but he stresses he didn’t have any other bad side effects.

He said: ‘After two weeks I was back to full energy. I was quite nervous before but I had no side effects; it really was quite easy from my side.

‘I’d do it again if somebody asked me to.’

‘In sharing his donation experience, 1,500 people were inspired to apply to join the Anthony Nolan register.

‘To put it simply, this equals 1,500 more chances for patients hoping for a second chance of life – but there is more to do.’

The charity is particularly looking to encourage more men aged 16 to 30 to join the Anthony Nolan register – as they are the most likely to be chosen to donate.

Anyone thinking of doing so can sign up online at anthonynolan.org and their actions could potentially save someone’s life – just like Sam.