Viewers tuning into the latest episode of MasterChef found themselves wincing at the screen after a contestant appeared to serve up ‘tepid blood on a plate’ in a dish bound for the judges’ table.

Episode seven of the BBC One show saw Aaron serve up previous MasterChef winners Shelina Permalloo and Mat Follas a sous-vide filet steak with a ‘beef jus’ – but those watching at home weren’t convinced that the red-hued sauce wasn’t just a side-portion of warm blood.

Judge Gregg Wallace offered an uncertain grimace as he watched Aaron, fighting for a place in the quarter-finals, pouring the contents of the plastic sous-vide bag, including the string that had been wrapped around the raw meat into a jug to serve. 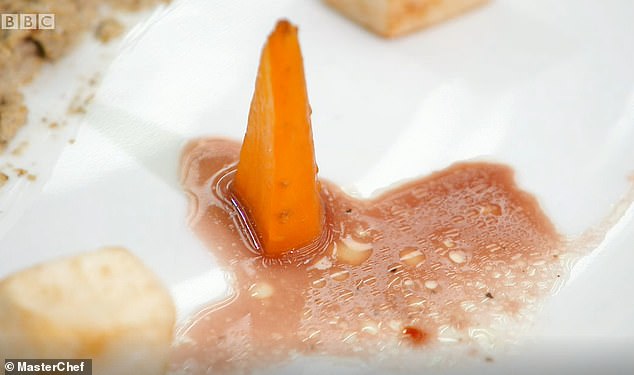 The distinct red colouring of the ‘beef jus’ left viewers alarmed, with many claiming it was just blood sauce, with no stock or reduction – which is required for a jus – involved 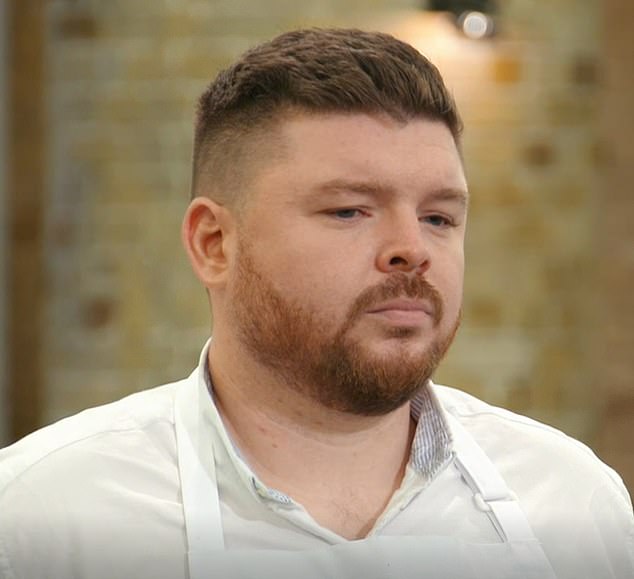 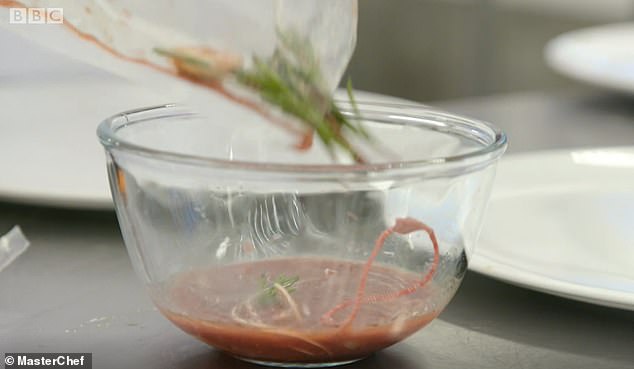 When it appeared on the plate, it was a little more pink than a beef jus – made using stock – should ordinarily be.

‘Did I just see someone pour a bag of sous-vide blood all over their plate on Masterchef?’ asked @jessicaashawx on Twitter, while another viewer, @livigoodman07, wrote: ‘Blood sauce anyone?’

The dish had looked hopeful for Aaron who was confident of a place in the next round, after previous MasterChef winner turned judge Mat Follas said the last time he’d had ‘beef jus’ on the show, the person who cooked it went on to win.

However, the ‘blood sauce’ proved a one-way ticket off the show for Aaron, after he failed to progress to the next round. 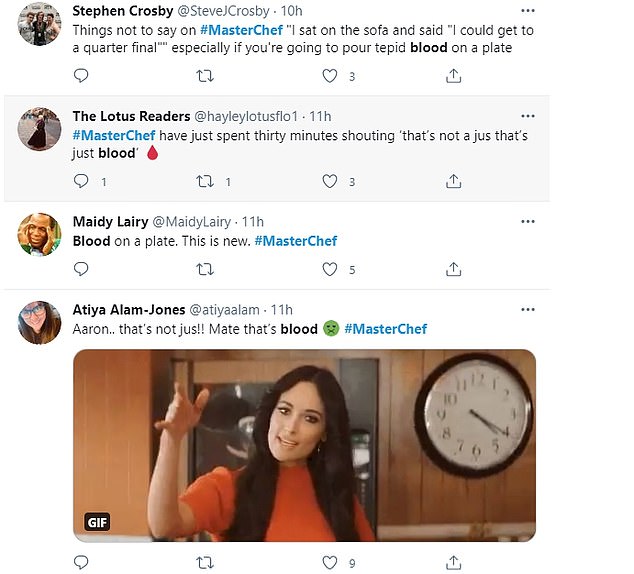 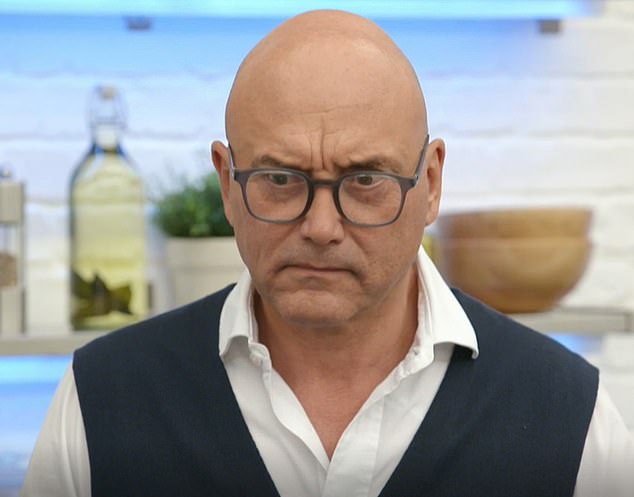 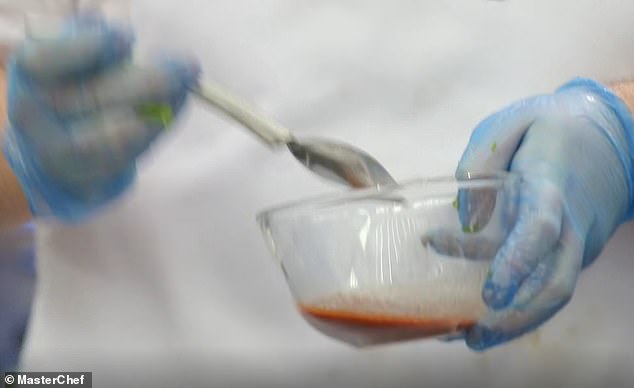 One viewer asked: ‘Did I just see someone pour a bag of sous-vide blood all over their plate on MasterChef?’ 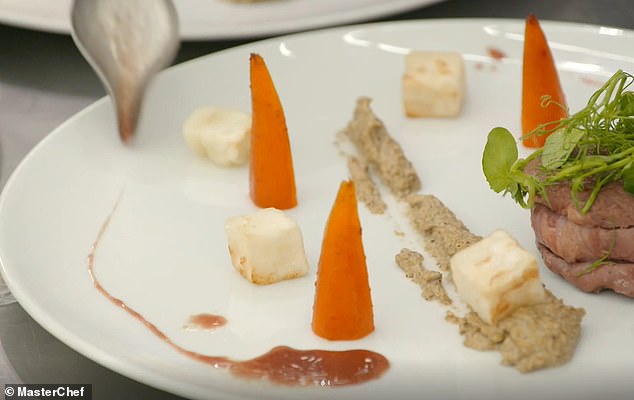 Previous MasterChef winner turned judge Mat Follas said the last time he’d had ‘beef jus’ on the show, the person who cooked it went on to win – but it wasn’t to be with Aaron’s version

One cookery fan watching at home, @MichZiff, wrote: ‘If I were a vampire I’d go round to Aaron’s house for dinner. #MasterChef all that blood juice going spare.’

Viewer @SteveJCrosby added: ‘Things not to say on #MasterChef “I sat on the sofa and said “I could get to a quarter final”” especially if you’re going to pour tepid blood on a plate.’

@wilma78 was equally horrified, saying: ‘Someone on Masterchef tonight served up blood on a plate, which has made me feel slightly better about making the same 8 meals on rotation.’

The show saw fellow contestant Letitia’s inventive – if not risky cooking – bag her a quarter-final place as she proffered a plate of macaroni cheese with jerk salmon.

She joined Claire, who’d impressed both Gregg Wallace and John Torode with a delicate brown crab pastry tart, in the next round.

MasterChef continues on BBC One tonight at 9pm