Melbourne City Council’s chief resilience officer Toby Kent first warned in 2015 that a pandemic was among the 20 things that could threaten Melbourne’s liveability.

Melbourne had just been crowned the world’s most liveable city for the fifth consecutive year and the notion of a deadly disease outbreak that would close schools, shut pubs and cafes and cancel footy games was the stuff of dystopian fantasy for most Melburnians. 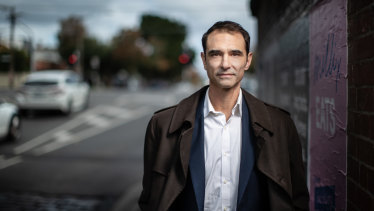 But in a report released just months after Mr Kent became the first chief resilience officer in Australia, he named a pandemic – assumed to be influenza – as among the “acute shock events” that could threaten the city.

“It may be uncomfortable to think that the future may not be simply better than today, but we should acknowledge it as a possibility,” Mr Kent wrote the following year.

“There are definitely times you don’t want to be proven right,” Mr Kent told The Sunday Age in an interview.

For the past five years Mr Kent has been helping Melbourne prepare for the shocks and stresses it will face this century including crises such as the COVID-19 pandemic.

“The role of the chief resilience officer is to really understand the context of the city and the chronic stresses, which weaken the fabric of the city on a day-to-day basis,” he says.

“In Melbourne’s case they are things like rapid growth – both densification combining with urban sprawl – social inequity, housing unaffordability and transport congestion.”

These stresses are often amplified when a sudden shock event – such as a pandemic, heatwave, bushfire or extremist act – threatens a city.

Mr Kent says research into the Fukushima tsunami and nuclear accident and Hurricane Sandy in the United States showed that one of the strongest determinants of the ability of a community to cope during and after a disaster was community connectedness.

He says great work is being done across Melbourne to support the most vulnerable during the coronavirus lockdown.

“A couple of good examples are services to ensure that elderly and people living in isolation are getting food and medication but also many of our homeless and rough sleepers are now for the first time in accommodation.”

Mr Kent says an important part of resilience work is to learn from what is done well during a crisis to enable a better future.

“How do we amend our service delivery on an ongoing basis so that we actually continue to support people so they will no longer be homeless when we emerge from this?”

In 2014, Melbourne was one of the first wave of cities to receive funding from the prestigious Rockefeller Foundation to employ a chief resilience officer.

Melbourne was among the first 33 cities selected from 372 applicants because it faced a range of natural hazards, had a rapidly expanding population and was seen as a city that would be willing to test and adopt innovations.

Mr Kent, a former head of sustainable development at ANZ, was paid a salary of $473,088 over two years and tasked with creating a resilience strategy for Melbourne – the first produced by any Australian city – by the end of his tenure.

“It’s a job that comes with a curious title and a generous … salary, but Melbourne’s first ‘chief resilience officer’ could have the toughest gig in town,” The Age wrote at the time.

“In the face of Super Storm Sandy, many New Yorkers used bicycles to make their way home from the city centre when buses, subway and overland trains could not operate,” it says.

Fast forward eight years and fear of contagion has turned Melbourne’s trains and trams into ghost rides. Coronavirus has led to a boom in city cycling.

When Melbourne City Council declared a climate emergency in February it vowed to try to deliver 44 kilometres of bike lanes in four years rather than 10.

“Now with a COVID overlay we are saying ‘How can we bring forward the expected bike lanes even faster to take advantage of the city being quiet?” Mr Kent says.

“That’s a really good example of resilience thinking where you try to take advantage of disruption to make a change while you are going through change.”

When Mr Kent started in his role resilience was a relatively nascent field.

This month – on the back of bushfires, drought, floods and COVID-19 – NSW Premier Gladys Berejiklian announced the creation of a new government agency, Resilience NSW, to drive disaster preparedness and recovery.

“They are learning from the cities that have had these positions in place,” Mr Kent says.