Prince Harry and Meghan Markle want to find places where they ‘feel safe, heard and respected’ now they’ve left the UK because ‘there hasn’t been enough of that recently’, royal expert claims

Meghan Markle and Prince Harry’s future will be ‘about picking places they feel safe, heard and respected’ because ‘there hasn’t been enough of that in recent years’, a royal expert has revealed.

Royal expert Omid Scobie said the Duke, 35, and Duchess Sussex, 38, would focus on being with people ‘they trust and like to be around’ after stepping down as senior royals.

Speaking on the Heirpod podcast, Omid revealed: ‘The future is about picking places where they feel safe, and they can feel they’re being heard and respected. And maybe there hasn’t been enough of that in recent years.

He went on to reveal that’s ‘why the royal couple are so keen to have change’. 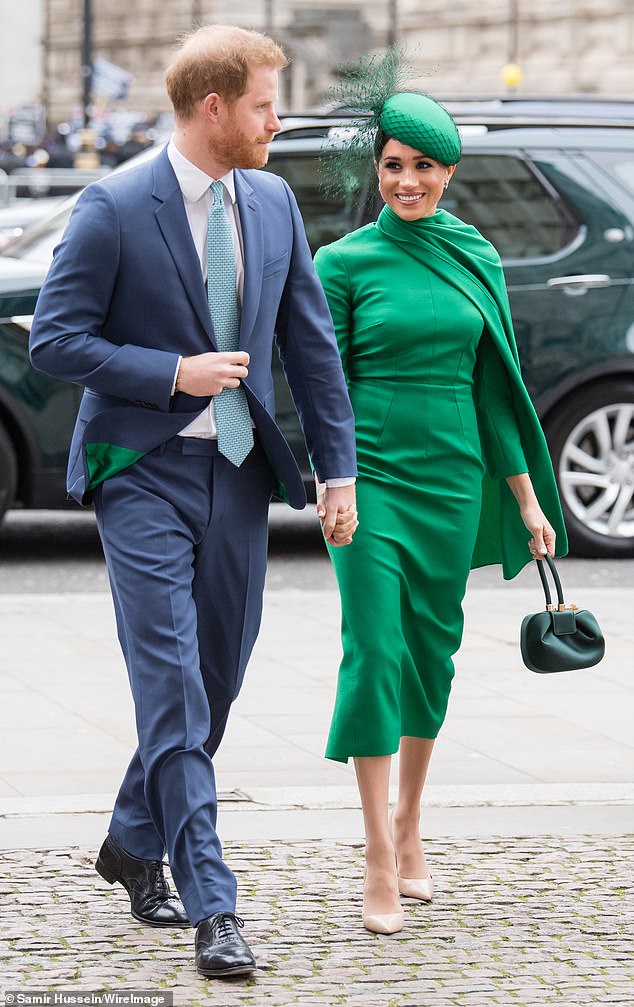 Prince Harry, 35, and Meghan Markle, 38, plan to focus on ‘picking places where they feel safe and they can feel they’re being heard and respected’, according to royal expert Omid Scobie

It follows on-going claims over the past 18 months of a rift between the Sussexes and the Cambridges, first between Kate and Meghan, and then between future king Prince William and his younger brother, Harry.

But the two households went on to split, with Harry and Meghan leaving Kensington Palace for Frogmore Cottage in Windsor and appointing their own staff.

Prince Harry and Prince William’s two-year quarrel came to an end after realising it was ‘now or never’, shortly after Megxit was announced. 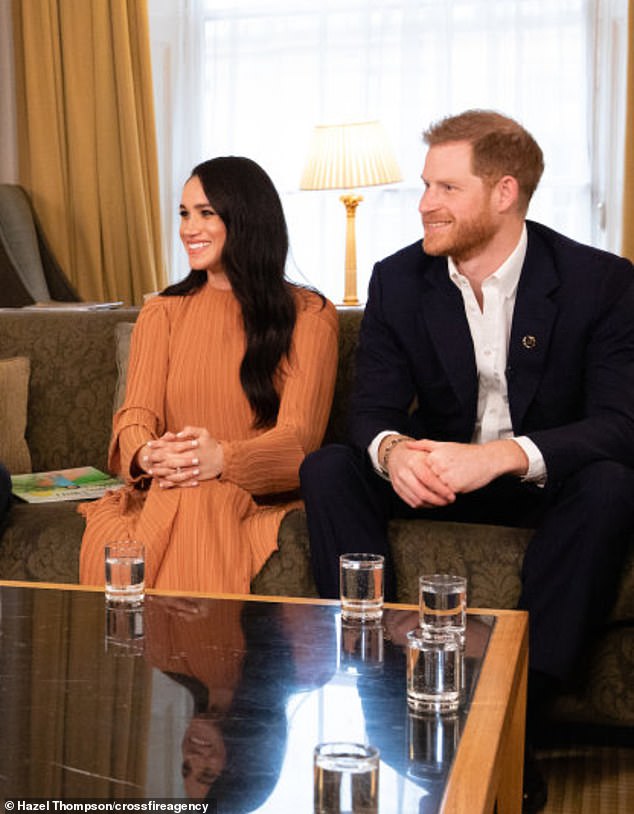 Omid revealed that the couple may not have felt ‘heard, respected or safe’ while living as senior members of the royal family and suggested it was ‘why they are so keen for change’

The brothers were understood to have made peace with one another before the Duke of Sussex left for Canada in January, but royal expert Katie Nicholl revealed today that they are not to be in regular contact with one another.

Despite patching things up with William, it had been reported that Harry has not made the breakthrough with father Charles.

It has now emerged that Meghan has already started her new life after flying straight to Canada from the Commonwealth Day Service on Monday to reunite with baby Archie, while Prince Harry has stayed in the UK.

The Duke was reportedly in Buckingham Palace yesterday for a series of meetings to plan his future work in the UK, as reported by The Telegraph. 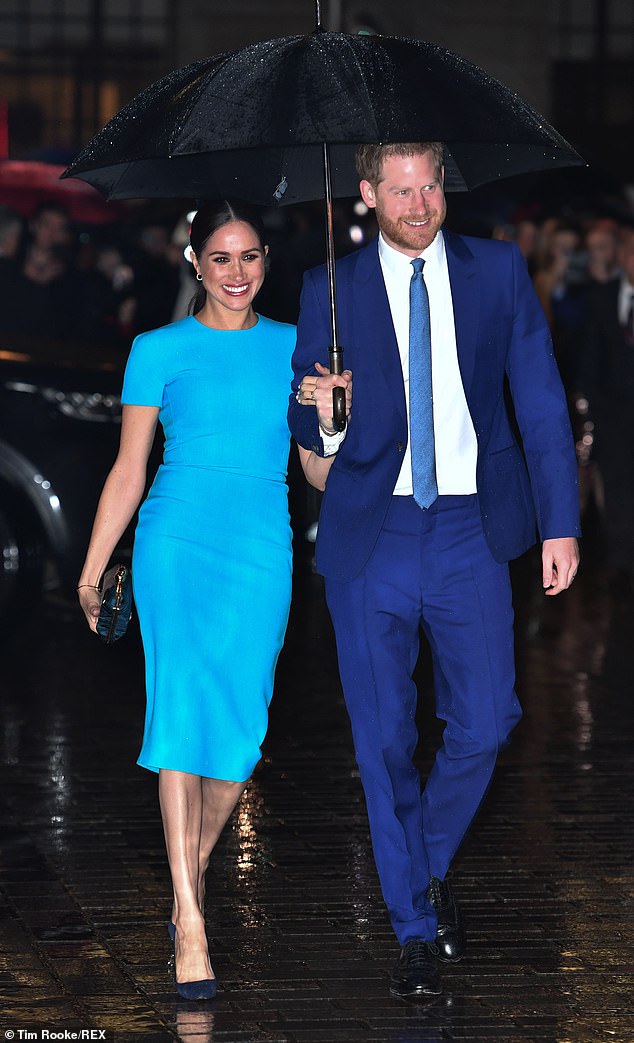 Omid’s comments come as it emerged Meghan had returned to Canada after less than a week in the UK for her final royal engagements (pictured, with Prince Harry at the Endeavour Award’s on Thursday)

Meanwhile his wife returned to their 10-month-old son Archie, but was said to have shed a tear in emotional farewells to staff.

It is understood that Harry will fly back to Vancouver Island soon, where the couple have been living in recent months their son at a luxurious £14million waterside mansion.

However they will keep their Windsor home, start paying commercial rent and pay back £2.4million in taxpayers’ money spent on its renovations. 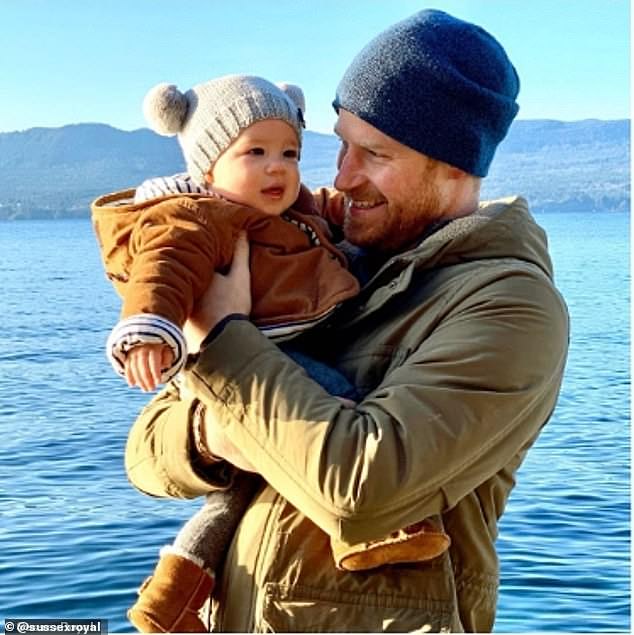 The Duchess is said to have returned to Canada to reunite with son Archie, with Prince Harry set to follow (pictured, Prince Harry with Archie in December) 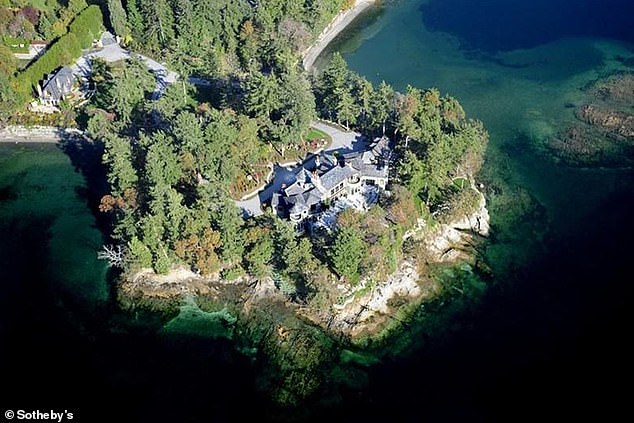 Harry and Meghan are also believed to have been looking at rental properties in California, including an eight-bedroom Malibu mansion worth £15million.

This would locate them near Meghan’s mother Doria Ragland, and it is also close to Silicon Valley and Hollywood where the couple might have meetings.

From March 31, the monarch’s grandson and American former actress Meghan will no longer use their HRH styles as they pursue a new life of personal and financial freedom, mostly in North America.