Melania Trump, 50, has been married to Donald Trump, 74, for 15 years. While in the White House, a body language expert suggested she has changed to become a “star in her own right” in this way.

When Melania first met her husband, she was working as a model in New York.

Donald has enjoyed a celebrity status of his own as a well-known businessman and TV personality.

The couple dated for seven years before tying the knot on January 22, 2005.

While they had both been successful in their careers, Melania was happy to let Donald take the lead in public appearances, according to body language expert Judi James. 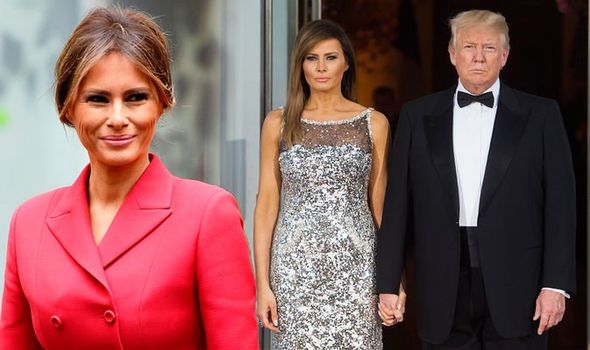 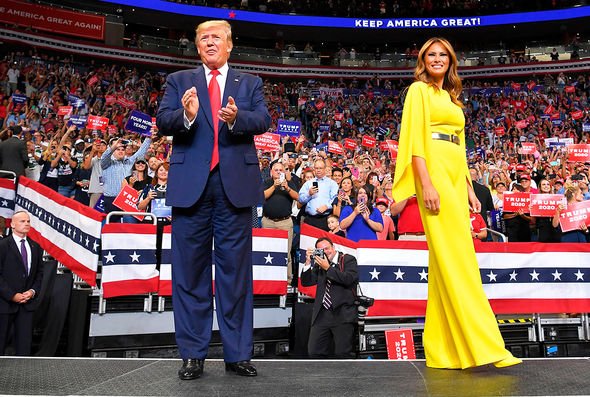 When her husband ran for office, Melania was often spotted at events supporting him.

This contrasts to how the First Lady has appeared in recent outings.

The expert explained: “With the US election looming in November, it is fascinating to see how Melania Trump’s profile and body language status signals have been raised.

“In contrast to the previous election, when she tended to be posed beautifully but rather mysteriously in the background while Trump’s daughter Ivanka held the spotlight in the front line-up, Melania now seems to be in full FLOTUS mode as a star in her own right.”

As the US First Lady, Melania has championed campaigns important to her and made public appearances by herself.

Even during the coronavirus lockdown, the former model gave updates from the White House by posting videos online.

Melania has always looked glamorous when making public appearances with her husband. 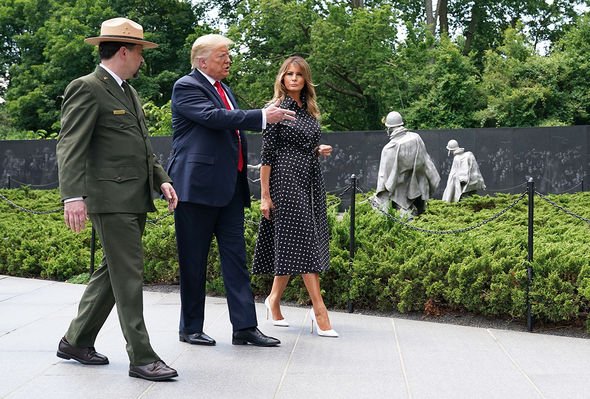 This is something she has kept up during recent outings with the President.

While such poses have not given much away in the past, Judi explained Melania could be sending a powerful message.

Judi continued: “Her tendency to pose beautifully but use very limited body language rituals or facial expressions is now looking like a rather high-status, quasi-regal trait rather than a possible symptom of nerves.”

This can be seen in recent videos uploaded to Instagram during the coronavirus lockdown in the US. 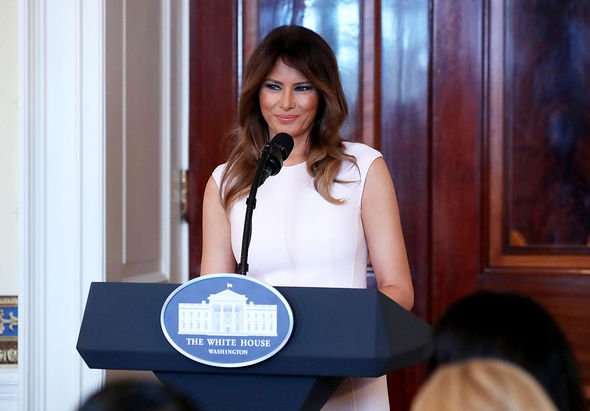 The expert said: “Symmetric poses in the White House, where she is seen alone on a bench with her legs elegantly crossed and her back upright in a perfectly-spaced gap between two soaring golden curtains, make her look almost like a leader in her own right.”

In these videos, Judi suggested Melania’s body language shows that she is confident.

The First Lady is happy to take the lead and post videos where she is by herself, Judi explained.

Related posts:
July 4, 2020 Lifestyle Comments Off on Melania Trump body language shows she has become ‘star in her own right’ in White House
Celebrity News:
What Is Offset's Real Name?
How Did Courteney Cox Meet Boyfriend Johnny McDaid? What Is Their Age Difference?
It Was Love at First Sight When Track Athletes Tara Davis and Hunter Woodhall Met at Age 16
Scooter Braun Officially Files For Divorce From Yael Cohen – & Already Has A Prenup In Place!
OMG! Prince William Is Also Writing a Book After Harry's Memoir News
Recent Posts