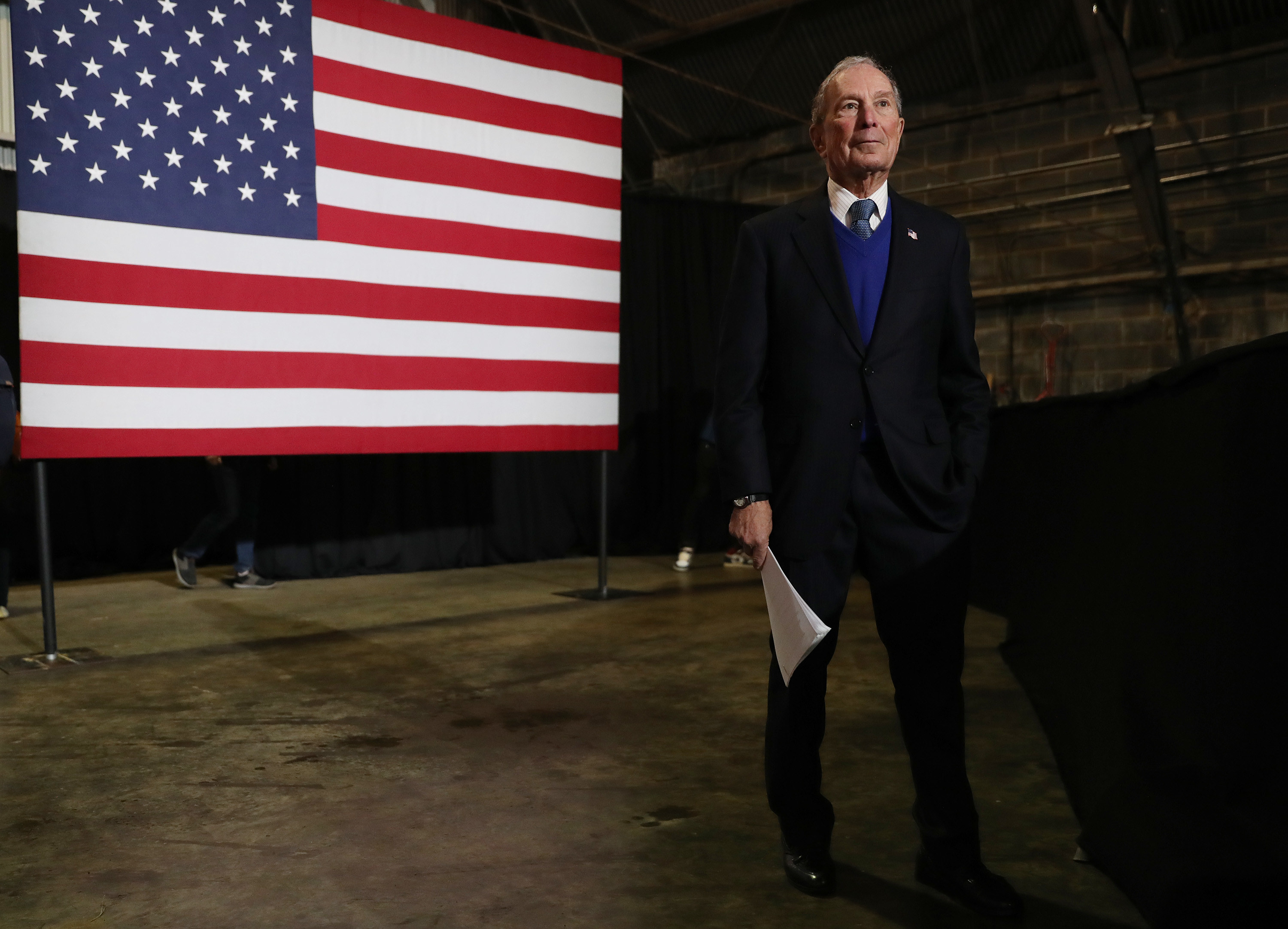 Michael Bloomberg dropped out of the presidential race on Wednesday morning after falling short on Super Tuesday, endorsing Joe Biden.

The announcement marked the end of an unconventional campaign that relied on huge amounts of advertising to make Bloomberg a viable candidate. Though Bloomberg’s strategy succeeded in making him a serious contender in the Super Tuesday states he competed in, the Democratic establishment’s last-minute consolidation around Biden after the former vice president’s win in South Carolina and Bloomberg’s poor performance in presidential debates combined to doom his campaign.

“I’m a believer in using data to inform decisions,” he said in a statement. “After yesterday’s results, the delegate math has become virtually impossible — and a viable path to the nomination no longer exists.”

“I’ve always believed that defeating Donald Trump starts with uniting behind the candidate with the best shot to do it,” he said. “After yesterday’s vote, it is clear that candidate is my friend and a great American, Joe Biden.”

According to a senior Bloomberg aide, Bloomberg made the decision to drop out on Wednesday morning after a meeting with his senior staff.

The aide said that up until Friday, the campaign had believed they were in a three-person race. But the campaign’s internal data had shown a dramatic shift toward Biden over the weekend as he won in South Carolina that ended up being reflected in the Super Tuesday results; the shift happened so fast they “couldn’t even model it.”

The aide said that the campaign had started to struggle in the week before the Nevada caucuses late last month, as Bloomberg began to take a “ferocious amount of incoming” in the form of opposition research and attacks on his record. This, compounded with Bloomberg’s poor debate performances, put the campaign in a downswing it didn’t have time to recover from before Super Tuesday. A plan for turning Bloomberg’s campaign into an organization to help Biden is still being worked out, the aide said.

Bloomberg called Biden Wednesday morning and they had a “good” conversation, another aide to the former mayor said.

Bloomberg had faced increasing pressure to get out of the race after Biden won South Carolina by a commanding margin, emerging as the favorite moderate candidate to take on frontrunner Bernie Sanders.

The former mayor spoke on Wednesday afternoon in a ballroom at the Sheraton in Midtown Manhattan, where he held a large “Women for Mike” themed campaign event in January and where he hosted election night rallies in past years during his mayoral campaigns.

He thanked supporters and staff, who packed the ballroom shoulder-to-shoulder. He told them “there is no doubt in my mind we would have beat Donald Trump in November.”

“But today I am clear-eyed about our overriding objective, which is victory in November,” Bloomberg said. “Staying in would make it more difficult” for Trump to be defeated in November, he said.

Referencing his motto “in God we trust, everyone else bring data” (a line that elicited appreciative laughs from the audience), Bloomberg said the results had shown “a viable path to the nomination no longer existed. And I will not be our party’s nominee, but I will not walk away from the most important political fight of my life and I hope you won’t walk away either.”

“I’m glad to say I endorse Joe Biden, and I hope you will join me,” he said.

Bloomberg built his public reputation as a data-driven wonk who shows little emotion, making it all the more striking that he choked up near the end of his remarks, his voice thick with restrained tears.

“Today, I’m sorry we didn’t win, but it’s still the best day of my life and tomorrow’s gonna be even better,” Bloomberg said. He referenced memorizing “The Midnight Ride of Paul Revere” as a child in Massachusetts; “Today I believe that our great nation still sees that light in the Old North Church Tower. The light of freedom, the light of liberty, the light of equality, and the light of opportunity.”

After Bloomberg wrapped up, some staffers took pictures with their teams in the ballroom while others filtered out, sporting campaign buttons and t-shirts. Some posed for photos and horsed around outside the ballroom with a cardboard cutout of Bloomberg brought to the event by some staffers from Long Island.

His decision to actually end the campaign comes after voting across 15 states and territories on Super Tuesday.

Though Bloomberg was not on the ballot in any of the four early states, he had been able to raise his poll numbers significantly in the Super Tuesday states in which he was competing by mounting an aggressive advertising campaign across the country. Bloomberg spent an unprecedented amount during his brief campaign, which only launched in November, months after most other candidates had entered the race. The billionaire former mayor of New York used over $500 million of his own fortune on his campaign, refusing to take donations and hiring an enormous staff.

For a time after the Iowa caucuses, which left the party in a state of confusion with no clear winner at first, Bloomberg’s candidacy gained strength as nervous moderate Democrats looked for an alternative to the then-slumping Biden. Bloomberg pitched himself as a competent manager who wasn’t intimidated by Donald Trump and would spend whatever it took to defeat him.

But Bloomberg’s decision to participate in primary debates after a DNC rule change allowed him to take part proved fateful; his performance in the debate in Nevada on Feb. 19 was so weak that one poll showed that his favorability numbers had dropped by 20% the next day. Though Bloomberg did better in the second debate he took part in, in South Carolina, the debates showed that even his large, slick advertising campaign couldn’t hide his weaknesses as a candidate.

Bloomberg’s record as mayor and as a business executive came under intense scrutiny as he became a more serious candidate; most notably, his record on stop-and-frisk and the history of allegations of sexism at his company became issues in the campaign. Bloomberg’s rivals effectively used these issues against him, particularly Sen. Elizabeth Warren, who memorably challenged Bloomberg on the debate stage on nondisclosure agreements signed by women who had made accusations at his company.

Since the beginning of his run, Bloomberg had promised to continue to use his campaign infrastructure and money to support whoever the Democratic nominee is. However, Bloomberg qualified this somewhat over the last week of his campaign as Sanders’ campaign said it didn’t want his money; he told the Houston Chronicle that he wouldn’t support Sanders if the senator’s team didn’t want the support.