In statements published Wednesday, 23-time Olympic gold medalist Michael Phelps expressed support for tennis champion Naomi Osaka, who recently withdrew from the French Open due to depression she has experienced since 2018.

A decorated icon of U.S. swimming, Phelps has been open about his own experiences with depression, which he says began during the 2004 Olympics. In a new interview with Time, he celebrated Osaka’s candid statement explaining why she was withdrawing from the tournament.

“I felt very happy after reading her message because she’s showing that vulnerability,” Phelps said. “She’s showing a side of her that we haven’t seen before, and that’s so powerful.”

“It’s definitely going to be a game-changer in mental health moving forward,” he added.

A number of athletes and other public figures shared similar praise for Osaka’s willingness to address her mental health struggles publicly.

Phelps, a mental health advocate who executive-produced a documentary in 2020 focusing on athletes’ mental wellness, said he was “almost shocked” to hear of the backlash Osaka is facing for her refusal to participate in post-match press conferences. However, he said the support she’s receiving for discussing mental wellness is a win.

“That does bring a smile to my face,” he said. “Because yes, then we are understanding that this is something that, it doesn’t matter if you’re number one in the world or the average Joe, anybody can go through this. It is real.” 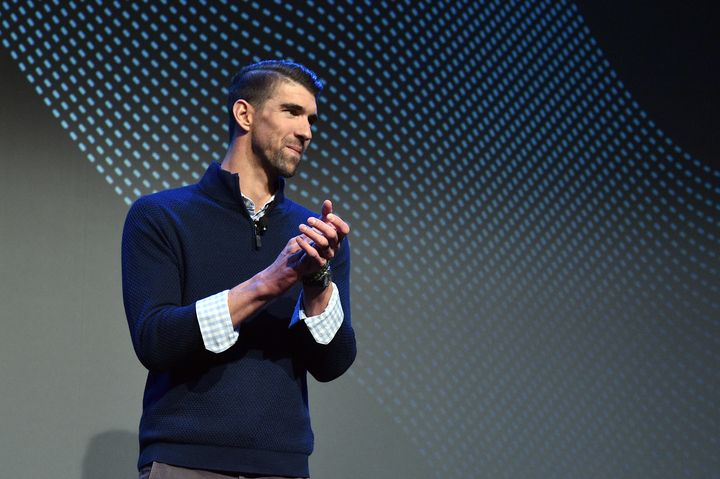 When she announced she was dropping out of the French Open, Osaka revealed that she has been living with depression for years.

“The truth is that I have suffered long bouts of depression since the U.S. Open in 2018 and I have had a really hard time coping with that,” she said on Monday.

Osaka has won four Grand Slam titles, including a first-place finish at the 2018 U.S. Open. Before withdrawing from the French Open, Osaka had said she would participate in the tournament but would not conduct post-match press conferences despite being contractually obligated to do so.

“I’ve often felt that people have no regard for [athletes’] mental health and this rings true whenever I see a press conference or participate in one,” she wrote in a statement she shared on social media last week.

In response, top officials from the four tennis Grand Slam tournaments levied a $15,000 fine against Osaka and issued a statement saying she faces potential suspension from future tournaments if she continues skipping her contractually obligated press conferences.

“A core element of the Grand Slam regulations is the responsibility of the players to engage with the media, whatever the result of their match, a responsibility which players take for the benefit of the sport, the fans and for themselves,” the officials said.

Before levying the fine, French Open reps said they had asked Osaka to “reconsider her position and tried unsuccessfully to speak with her to check on her well-being, understand the specifics of her issue and what might be done to address it on site.”

In her withdrawal statement, Osaka said, “when the time is right I really want to work with the Tour to discuss ways we can make things better for the players, press and fans.”