‘Alexa, how do I twerk?’ Woman goes viral with VERY funny video of her mother trying to follow the step-by-step instructions supplied by her virtual assistant

A woman has turned her mother into a viral sensation after sharing footage of her attempting to learn how to twerk on social media.

Seanann Logue, 20, who lives in Ireland, took to TikTok to post a clip of her mother following instructions supplied by her Amazon Alexa in the hope of improving her dance skills.

Viewers were amused by her mum’s attempts at the sexually provocative move, which involves thrusting the hips backwards and forwards while in a low squat position.

Many dubbed the footage ‘the best thing’ they’ve seen on the platform, while urging Seanann to turn her mother’s artificial intelligence dance class into an ongoing series. 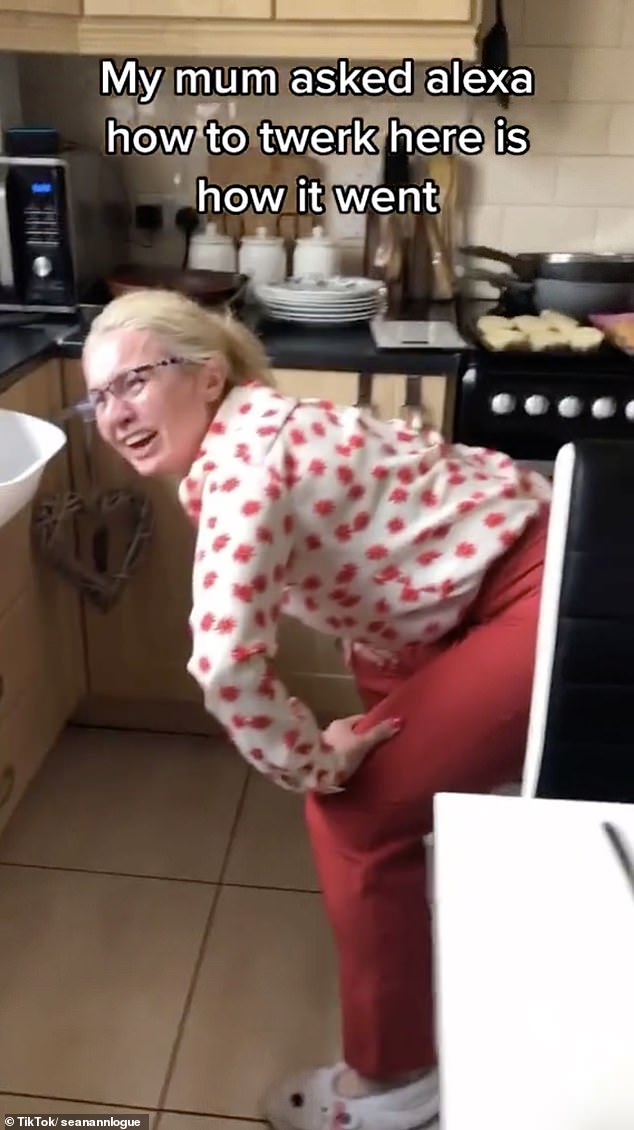 Seanann Logue, 20, who lives in Ireland, has made her mother (pictured) go viral after sharing a clip of her attempting to learn how to twerk

The video begins with Seanann’s mother standing in a squat position in the kitchen, as Alexa instructs her to ‘isolate the lower half’ of her body.

The gadget then advises to move her bottom up and down by arching and straightening her back.

It explained that it can be ‘helpful’ to think of twerking as moving your hip bones backwards and forwards.

Seanann can be heard laughing in the background as her mother struggles to get the dance right and Alexa continues to advise practicing the moves slowly.

Giving up, Seanann’s mother begins jumping in the air and lets out a hilarious shout. 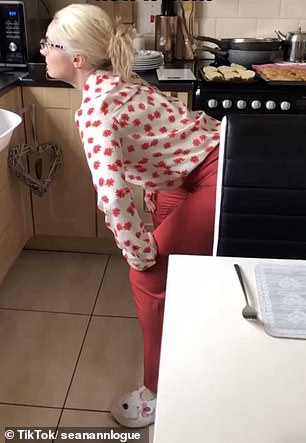 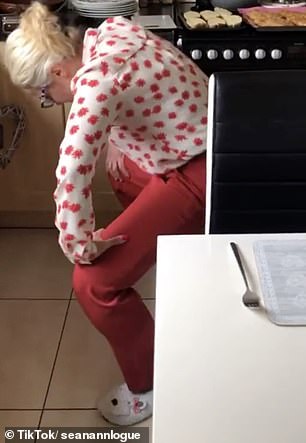 Seanann’s mother (pictured) is shown getting into a squat position, before being advised by Amazon’s Alexa to thrust her hips 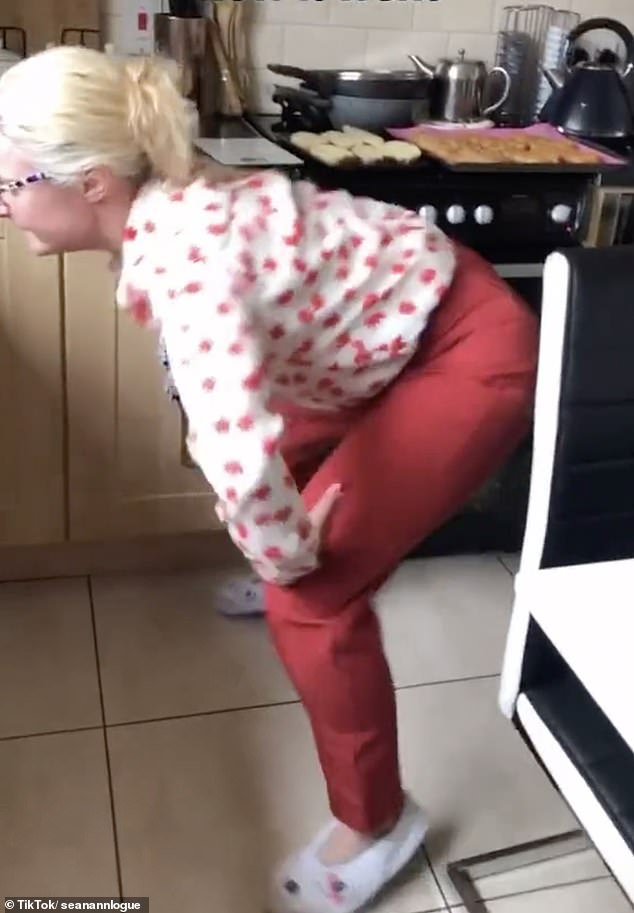 Seanann can be heard laughing throughout her mother’s (pictured) attempts to get the dance correct, before letting out a frustrated shout

The clip has racked up almost 3 million views, and Seanann – who boasts over 20,000 followers on TikTok – has been urged to share more videos of her mother dancing.

One person wrote: ‘This has got to be one of the funniest videos I’ve ever seen.’

‘LMAFAO yep. That was the best thing I’ve ever witnessed,’ another said.

A third joked: ‘Move over Cardi B, a new queen has come onto the scene.’

And one added: ‘I’m thinking you need to make a whole series of your mum trying to learn dance moves from Alexa’s instructions.’

Related posts:
June 23, 2021 Lifestyle Comments Off on Mother taught how to twerk by Amazon's Alexa
Celebrity News:
What Is Offset's Real Name?
How Did Courteney Cox Meet Boyfriend Johnny McDaid? What Is Their Age Difference?
It Was Love at First Sight When Track Athletes Tara Davis and Hunter Woodhall Met at Age 16
Scooter Braun Officially Files For Divorce From Yael Cohen – & Already Has A Prenup In Place!
OMG! Prince William Is Also Writing a Book After Harry's Memoir News
Recent Posts