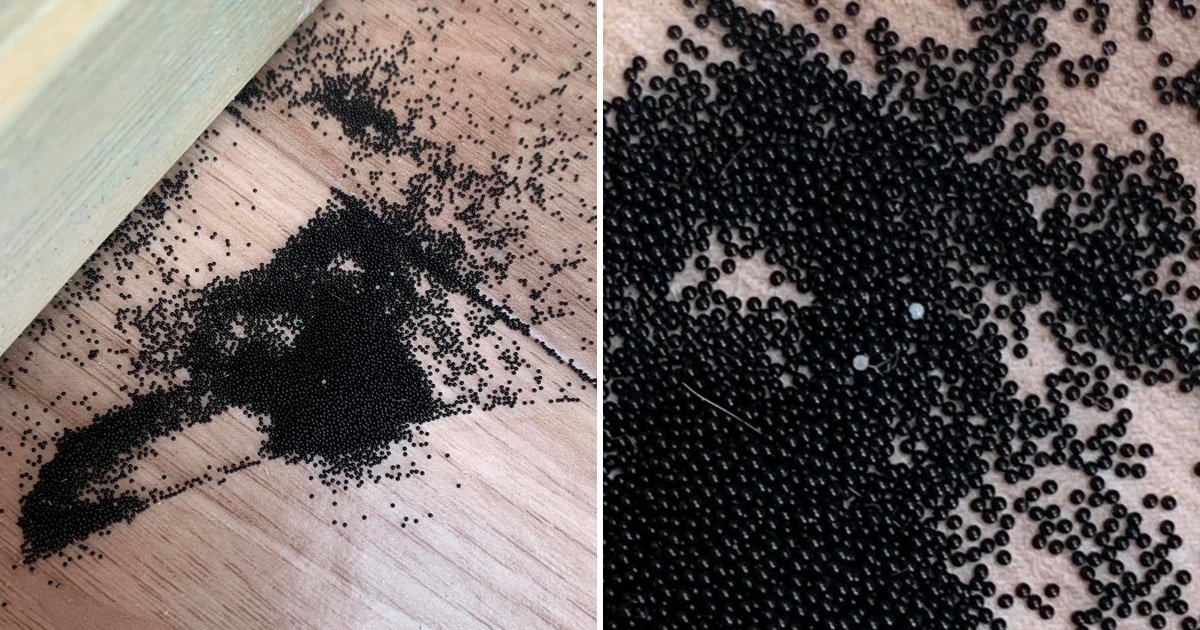 No one wants to find mysterious dark bits anywhere in the home.

One mum who found hundreds of ‘creepy balls’ was shocked and had no clue what they were.

The Australian mum found the puzzling items in her child’s cubby house when she opened it after a few days.

She worried that the small black things might have been termites. She was also concerned the stuff may be eggs or droppings from unwanted bugs or rodents.

So the woman posted it on Facebook asking followers if they had any idea what it could be.

But unfortunately, people were stumped, leaving the poster without an answer for what it could be.

Do you have any ideas?

The woman wrote: ‘Please don’t say they are termites. We had the cubby shipped down from Queensland. I was terrified it came with termites.’

Plenty of followers weighed in, with one person saying: ‘It’s an odd suggestion and probably wrong, but they look like poppy seeds to me, I used to pick them off my muffins and bread when I was a kid, Because I thought it was always fly poo.’

Another said: ‘You would need a magnifying glass to see and identify tick eggs, I have never seen them before, and even then they would be small. Tick nymphs are only just visible to the naked eye.’

The mum said she found a moth in the cubby and wondered if they were moth eggs.

One person had suggestions for how she could test her findings.

‘Try and squash one,’ they advised. ‘If it doesn’t squash or fluffs back up, could be from a toy. If it pops could be an egg, if it crushes into dirt or dust it could be poop.’

But others thwarted the idea saying that the number she found would be too many to be eggs.

Many agreed that the items are most likely pokeweed seeds hoarded by a mouse, which is common.

So might be time to get the mouse trap out.

Do you have a story you want to share?