A warning to everyone at home: Mum discovers what’s REALLY lurking in your kitchen sponge and tea towels

A mum has revealed how much dirt and grime is really hiding in your clean sponges and tea towels.

The mum stripped a microfibre cloth using sodium percarbonate, the active ingredient in laundry soaker and was shocked by the results.

Her ‘clean’ cloth turned the water a muddy brown after the chemical helped release the hidden grime. 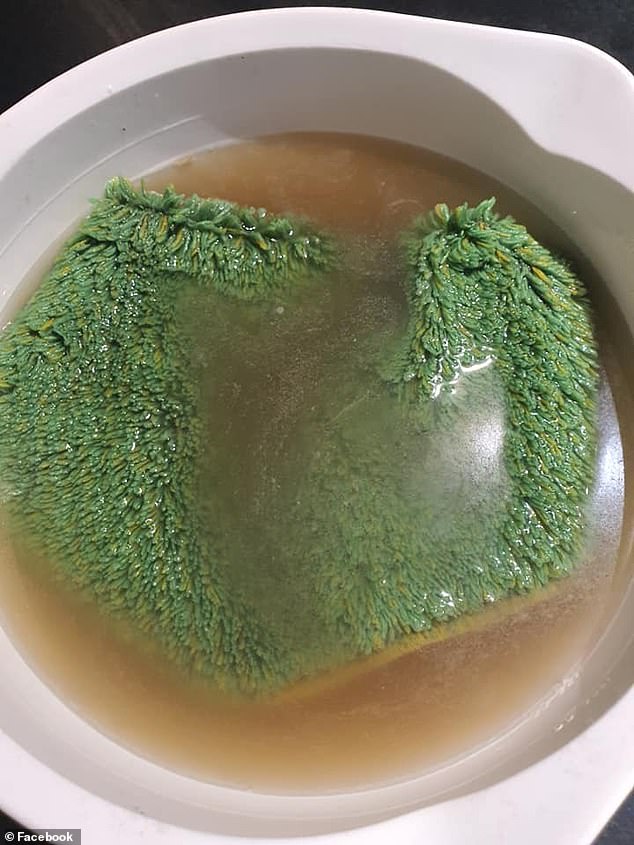 ‘So gross to think this came out of my dish cloths,’ she wrote alongside the disturbing photos in the ‘Mum’s Who Clean’ Facebook group.

She revealed she had just found out about the ‘miracle cleaner’ that can be used to soak towels, tea towels, reusable dish cloths, shoes, socks and cloth floor fibres for mopping.’

‘I’ve just discovered it and it is amazing,’ she said.

before clarifying the cleaning agent is ‘a powder you ad to boiled water’.

‘This is totally safe and also used to sterilise brewers equipment,’ she said.

It is also much cheaper than popular laundry soakers and can be bought for $4 per kilo.

A Coles product which combines sodium percarbonate with bicarb soda sells for just $2.50 per kilo, making it very affordable.

‘It is awesome for using in DIY non toxic cleaning products like dishwasher powder, carpet powder and so much more,’ she said.

‘The point of this post is the effect using pure sodium percarbonate has. Yes you can use napisan but you’re only getting 280g of sodium percarbonate to every 1kg. This is the same price even cheaper than buying Napisan which is diluted and doesn’t have as good a result,’ she clarified. 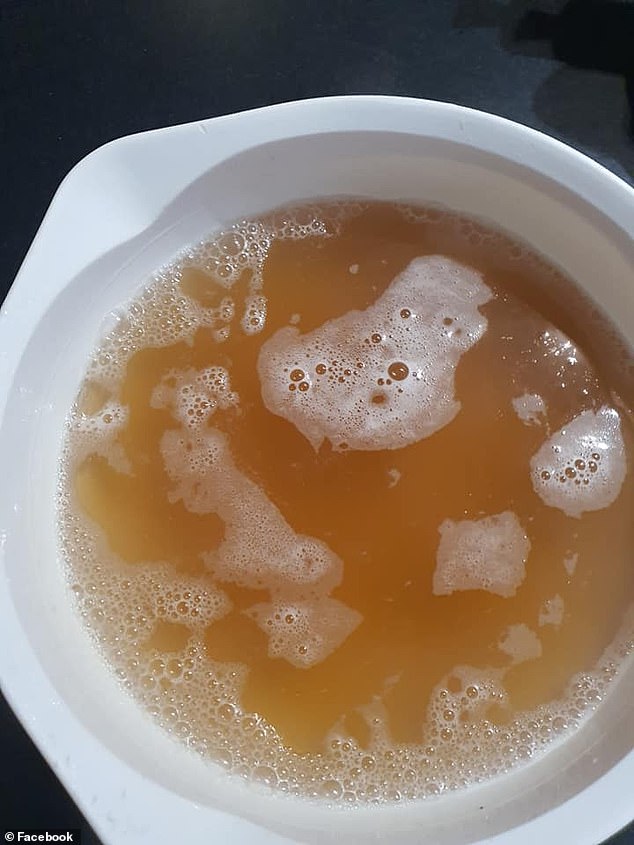 The mum stripped a microfibre cloth using sodium percarbonate, the active ingredient in laundry soaker and was shocked by the results

The mum’s results shocked other house proud women into action.

‘My husband is a brewer I might need to get onto this,’ one wrote on the post.

While others continued to ask where to get the cleaning product and thank the mum.

‘I have never thought of this, thankyou,’ one wrote.

Popular cleaning brands including Vanish use the chemical as the main active ingredient in their formulas.

Related posts:
June 29, 2021 Lifestyle Comments Off on Mum's grim warning about what's REALLY lurking in your kitchen sponge
Celebrity News:
What Is Offset's Real Name?
How Did Courteney Cox Meet Boyfriend Johnny McDaid? What Is Their Age Difference?
It Was Love at First Sight When Track Athletes Tara Davis and Hunter Woodhall Met at Age 16
Scooter Braun Officially Files For Divorce From Yael Cohen – & Already Has A Prenup In Place!
OMG! Prince William Is Also Writing a Book After Harry's Memoir News
Recent Posts