‘My ex is hotter than my partner’: People who say they’ve ‘downgraded’ share their shocking confessions – including one woman who fantasises about cheating with her former flame

People who think their ex is ‘hotter’ than their current partner have shared their stories in shocking online confessions.

Men and women from around the world have taken to anonymous confessions app Whisper to reveal what its like to know that they’ve ‘downgraded’ in the looks department.

Some admitted they’re tempted to cheat with their ex because they just can’t resist their good looks, while others say they still think about their ex ‘all the time’.

A handful stood up for their current partners, saying their personalities make up for the fact that they’re not as genetically blessed.

Here, FEMAIL shares a selection of the most astounding posts… 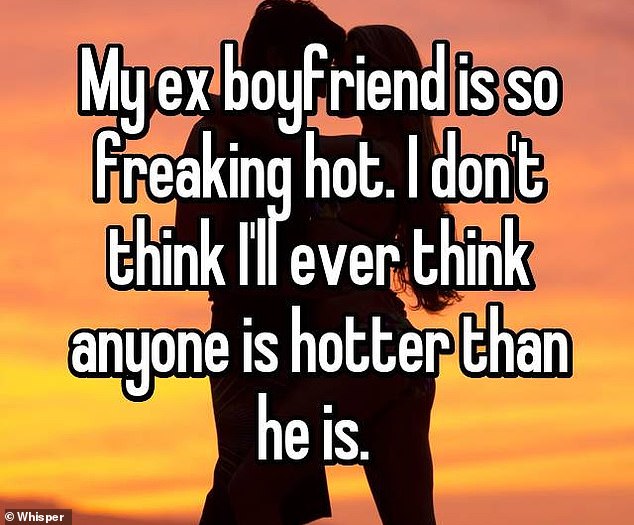 Still not over him: This person from Seattle, Washington, is still obsessed with her ex’s looks. It was one of a number of shocking confessions shared on anonymous secrets app Whisper 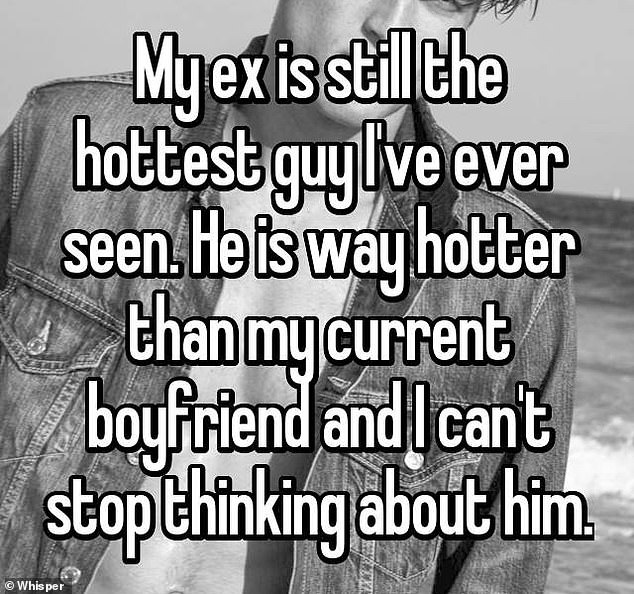 Can’t be beat! This person from Goerkes Corner, Wisconsin, insists their ex is the ‘hottest man’ they’ve ever seen… and they’re struggling to get him off their mind 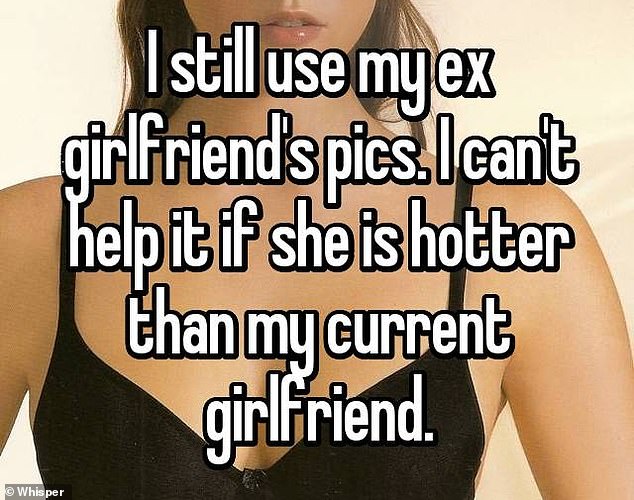 Too much information! This person admitted they still ‘use’ photos of their ex-girlfriend 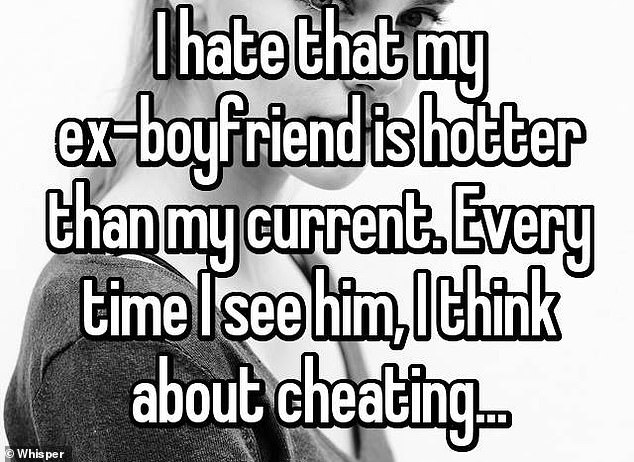 Ready to stray? For this person, good looks might be enough to tempt her into cheating 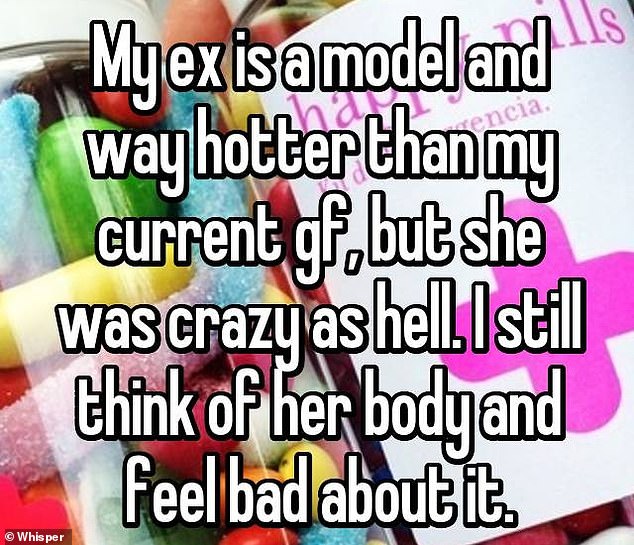 Conflicted: This person from Milwaukee, Wisconsin, knows that their model ex had her flaws but can’t stop thinking about her body 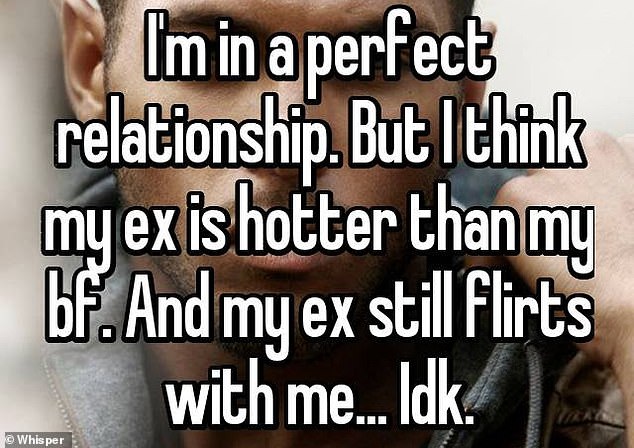 More going on? This person claims to be in a ‘perfect’ relationship but is still tempted to cheat 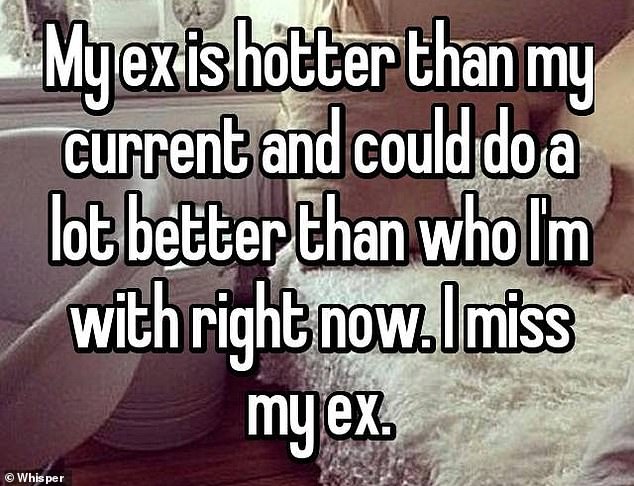 Time to move on! This person from the US doesn’t have much good to say about their partner 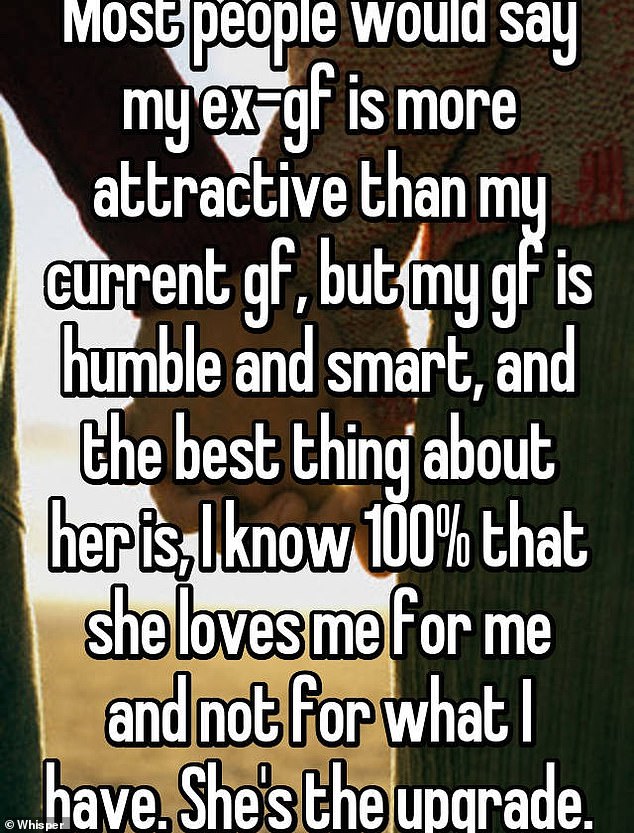 Looks aren’t everything: A man from Carlsbad, California, praised his girlfriend’s personality 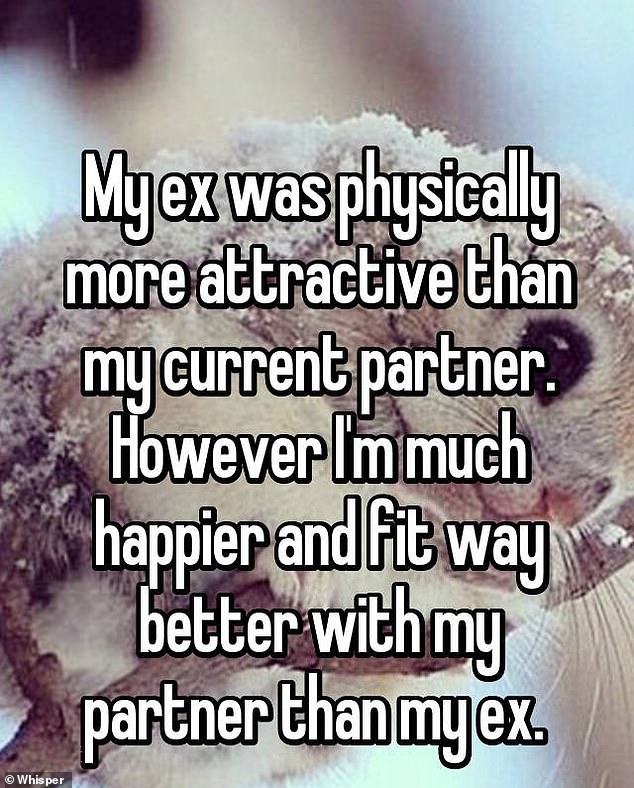 Moving on up! This person, from an unknown location, is happier now than they were with their ‘hotter’ ex 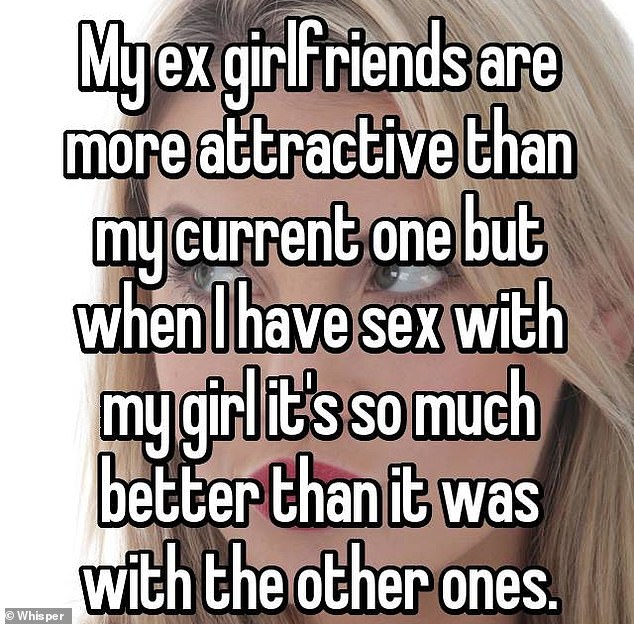 Hotter in the bedroom: This person shared the benefits of their current relationship 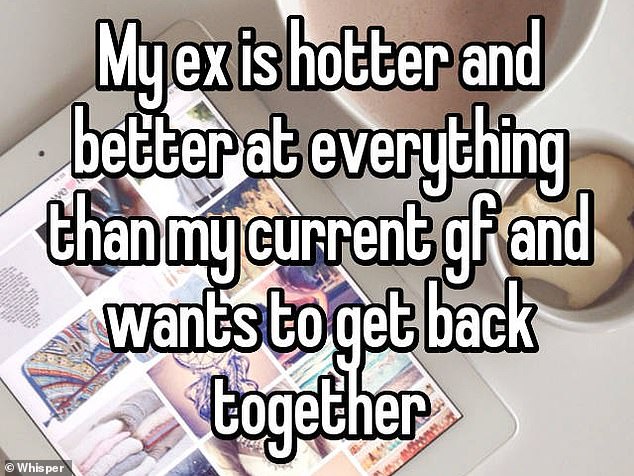 Not holding anything back! The girlfriend of this man from Dornbusch, Ohio, needs to be told