My lightbulb moment: Soap-maker Emma Heathcote-James reveals the inspiration behind her business

Emma Heathcote-James, 43, founded Little Soap Company in 2008 to make pure, natural bar soap accessible to all. It became the first all-natural organic soap on supermarket shelves. She lives in the Cotswolds with her wife, a conservationist, and their son, 15.

Soap was my grandmother’s passion, and when she got back from a holiday she would give us a paper bag full of the most delicious handmade soap. After she died we found her wardrobe stacked with unused soap.

When I moved to the Cotswolds, I became frustrated that I couldn’t buy proper soap in supermarkets. Back in 2008, it was all coal tar or synthetic detergent bars, which dried out your skin. So I began making soap as a hobby. I bought raw oils and essential oil and started perfecting recipes. 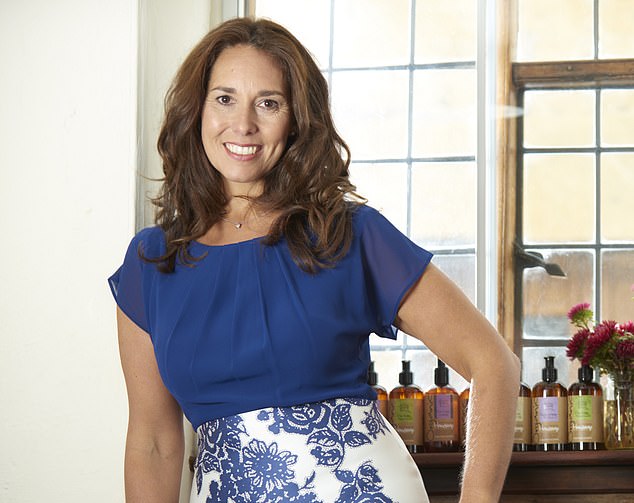 Emma Heathcote-James, 43, (pictured) who lives in the Cotswolds, revealed the inspiration behind her natural bar soap business

From the start it was important the soap was ethical, sustainable, vegan and cruelty-free. I began by selling to farm shops, then at farmers’ markets. Then, before the end of the first three months, I got the soap into the local independent supermarket. As I now knew how to produce a barcode, I thought I might as well try Waitrose. I persuaded the buyer to talk to me, and she put it in eight local stores.

Next, I was speaking at a ‘women in rural business’ conference and, unbeknown to me, a buyer from Tesco was in the audience.

They asked me to create a range for the supermarket and be a regional supplier.

Along the way, the best business decision I made was taking time to do the Goldman Sachs 10,000 Small Businesses programme at Aston University in Birmingham. It took five months (like a mini master of business administration course) and enabled me to take the business off the kitchen table by taking on a premises and staff. 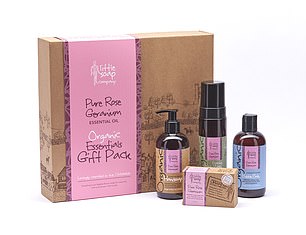 The soaps are now sold in eight major supermarkets and retailers, and they are all made in Britain.

No one could have foreseen that our soap would be suddenly playing a crucial role in the fight against the spread of coronavirus.

A bar lasts a lot longer than a bottle of hand wash, so works out far cheaper. You’re also reducing plastic and landfill waste, while protecting yourself.

The bars have naturally occurring glycerine locked inside, too, so are super moisturising — great for constant hand-washing.

Related posts:
April 5, 2020 Lifestyle Comments Off on My lightbulb moment: Soap-maker Emma Heathcote-James
Celebrity News:
Is It Kim Kardashian’s Responsibility To Be A Role Model? | Perez Hilton
Gigi Hadid Reveals She’s Hiding Her Baby Bump in a “Really Baggy Jumpsuit”
How Stars Including Demi Moore Are Self-Quarantining: Pics
Piers Morgan wife: Who is Piers Morgan married to?
Jackie Aina Announces She Will No Longer Be a Morphe Affiliate Amid Beauty YouTuber Drama
Recent Posts
This website uses cookies to improve your user experience and to provide you with advertisements that are relevant to your interests. By continuing to browse the site you are agreeing to our use of cookies.Ok