Woman, 22, who has had more than £1,000 of filler injected into her lips claims her sugar daddy pays for the procedure – and says she is more confident than ever

A woman who has spent more than £1,000 on lip filler says she has never felt more confident – claiming her sugar daddy often foots the bill.

Chanel Challacombe, 22, from Kent, started having lip filler when she was 20 years old – and from the first injection, she was hooked.

Now the psychology student has her lips topped up around three times a year, with up to 2ml injected into her face each time.

The 22-year-old, who loves the confidence boost of having cosmetic injections, also revealed she has had filler injected into her chin. 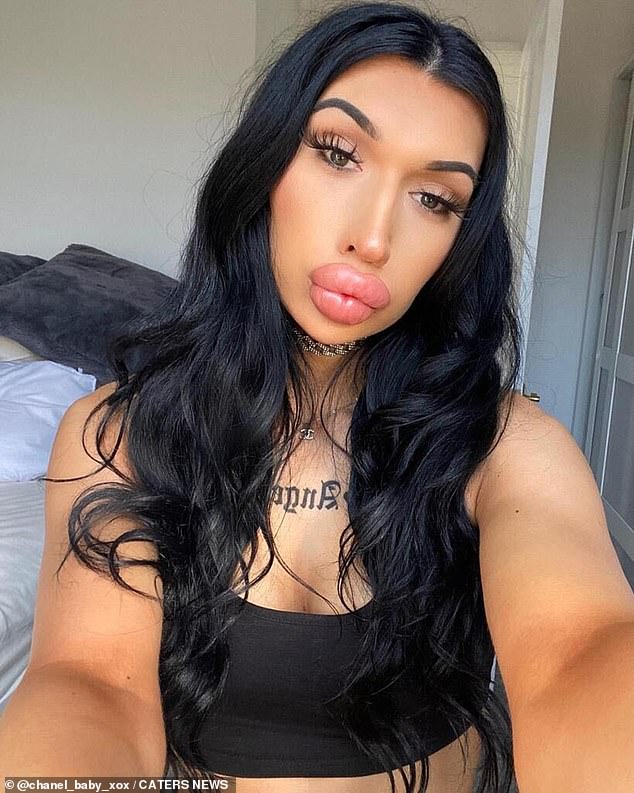 Chanel Challacombe, 22, from Kent, said she has spent more than £1,000 on having lip filler 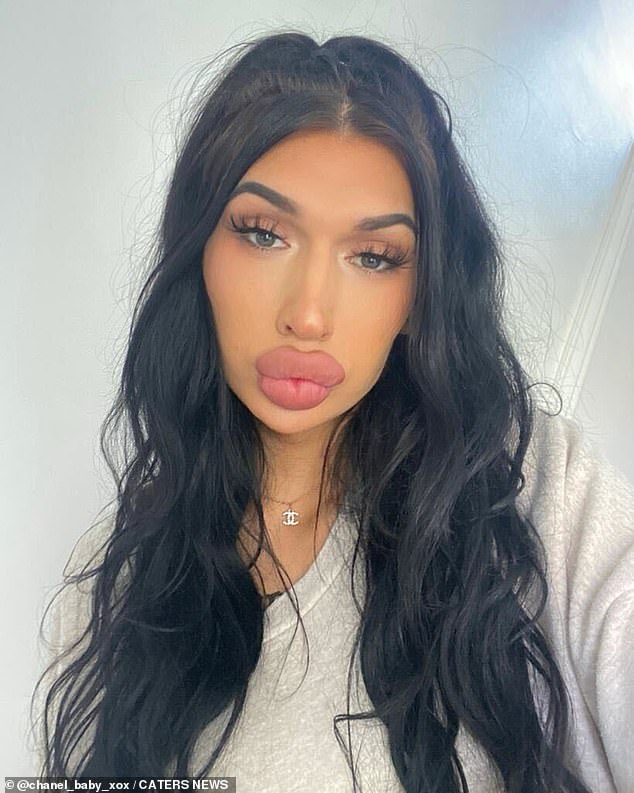 She said she can pay up to £299 at an appointment for filler – which is more than some people pay in rent.

However she doesn’t worry too much about the price tag, claiming her sugar daddy usually takes care of it.

After being bullied at school Chanel said she has always struggled with her self esteem – but filler has given her back some of her confidence.

Despite receiving plenty of negative comments for her huge lips on social media, she said the naysayers no longer bother her.

‘I get hate on TikTok and my family don’t like it either,’ she explained.

She added she used to respond to the negative comments, but kept getting TikTok suspensions. 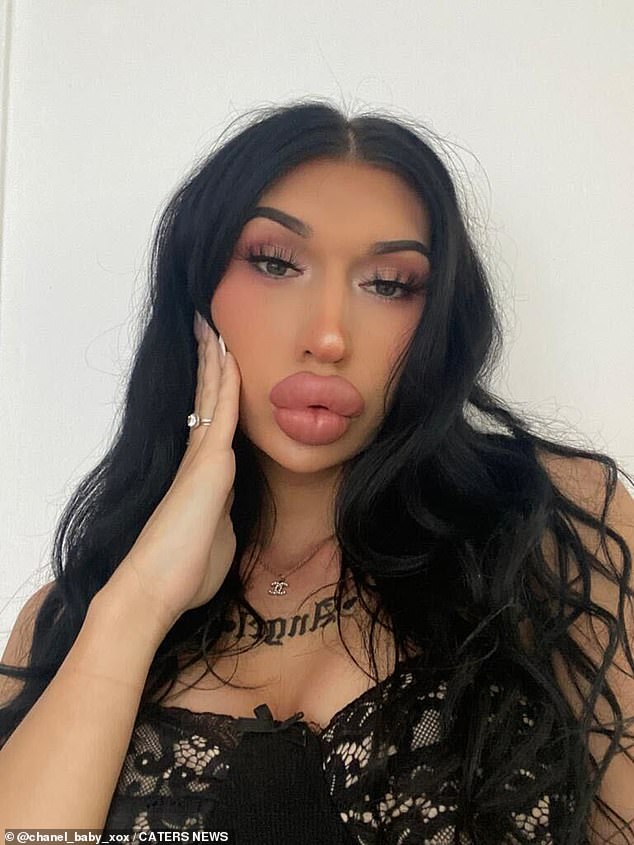 In contrast, she now lets criticism wash over her and uses the abuse as motivation to have more filler.

‘I think I started to get filler as a coping mechanism. My boyfriend wasn’t a big fan of it and when I started getting more we broke up,’ Chanel said.

After the split, she started filling her lips more and more.

As a new law is floated which may only allow people to have filler if they have prescriptions, Chanel said she doesn’t agree with the idea.

The 22-year-old argued that, while she has concerns about the mental health of some young women who think they need filler, she thinks a law that restricts the procedure will make more people turn to the ‘black market’.

Despite her own love of filler Chanel would never encourage anyone else to have it.

Chanel added that, now she has been having filler for a long time, there is only one person she trusts to administer it.

While she continues to have the cosmetic prodedure topped up, Chanel also has plans to have a boob job – and she’ll travel to Turkey for the operation.

She said: ‘I was forced to go abroad for this as my GP wouldn’t write me the letter to get it done in the UK.’

Related posts:
August 3, 2022 Lifestyle Comments Off on My sugar daddy has paid for me to have £1,000 of filler in my lips
Celebrity News:
Balenciaga DROPS $25 Million Lawsuit Against Marketing Agency North Six!
LIBBY PURVES reviews Othello
Prince William and Kate Middleton Were Greeted by Boos and Chants of "USA, USA" at Boston Celtics Game
Busy Philipps Responds To Claim She Was ‘Rude And Dismissive’ On Set Of Her Talk Show
Jenna Bush Hager shares unseen family photos in honor of 41st birthday
Recent Posts