A YOUNG, healthy, surfing-loving dad-of-three has told how he experienced a massive stroke at the age of 46 while playing hockey.

It was a real-life drama that mirrors a big new Emmerdale storyline, highlighting how a stroke strikes a person every five minutes in the UK. 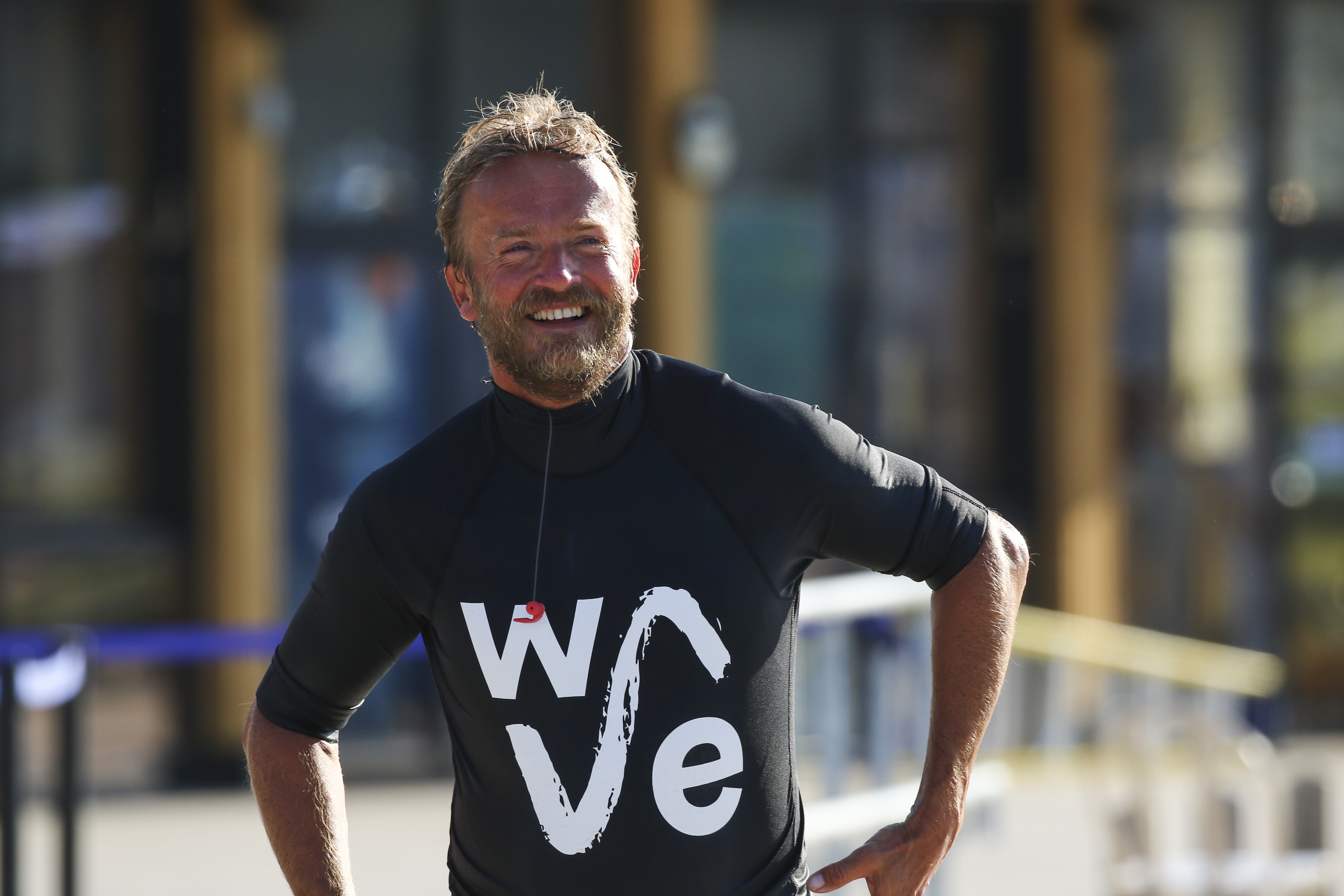 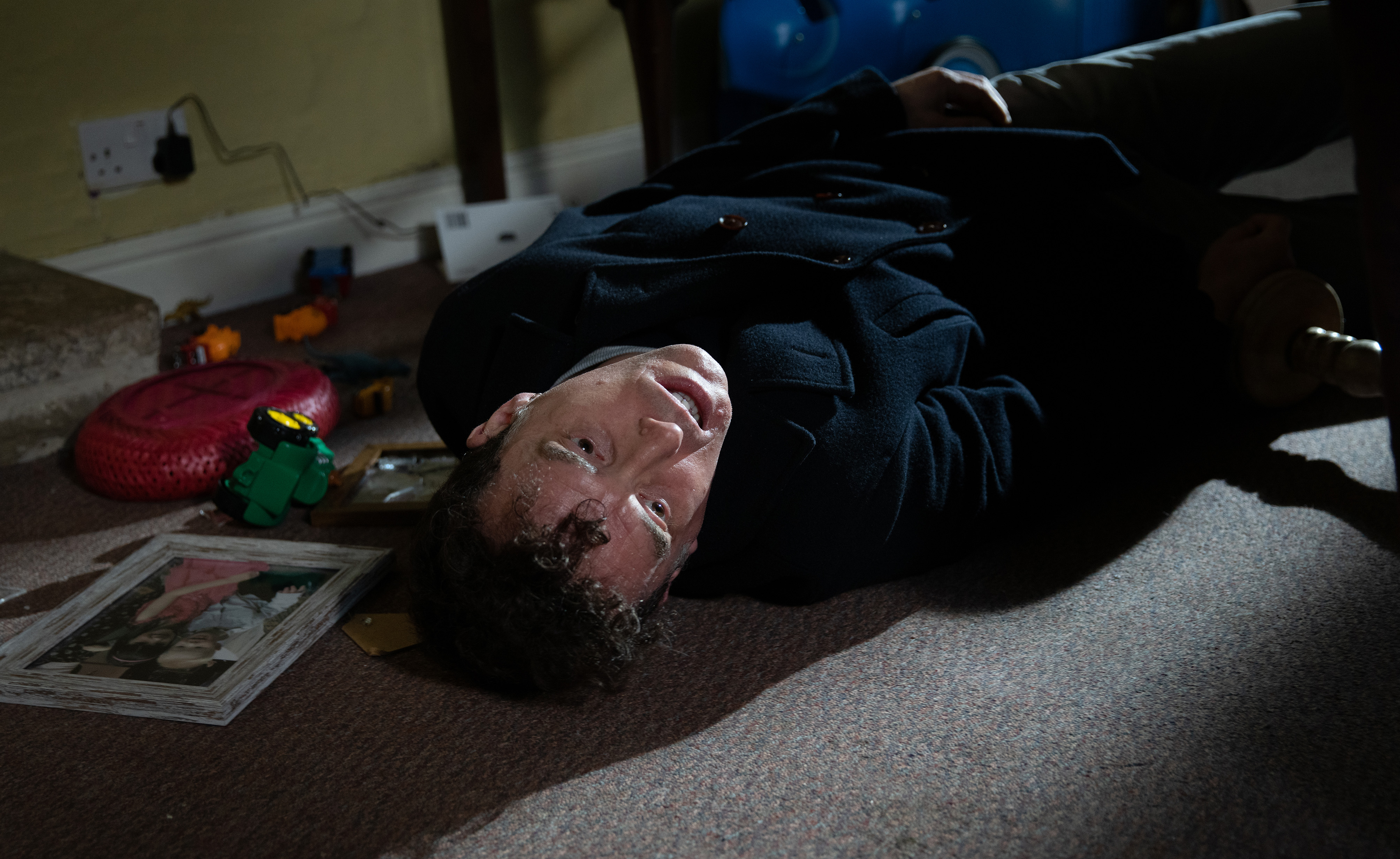 Next week, Emmerdale’s legendary character Marlon Dingle, played by actor Mark Charnock, will have a stroke on his 48th birthday after proposing to his partner, Rhona.

As he excitedly goes back to his home to find her engagement ring, Marlon, who has been seen stressed out in the weeks leading up to his stroke, starts to feel disorientated.

Minutes later he notices in the mirror that his mouth has drooped on the right side of his face, before he dramatically collapses.

Found by his daughter, April, he is rushed to hospital and given an emergency procedure called a thrombectomy to get rid of the clot in his brain that has caused the stroke. 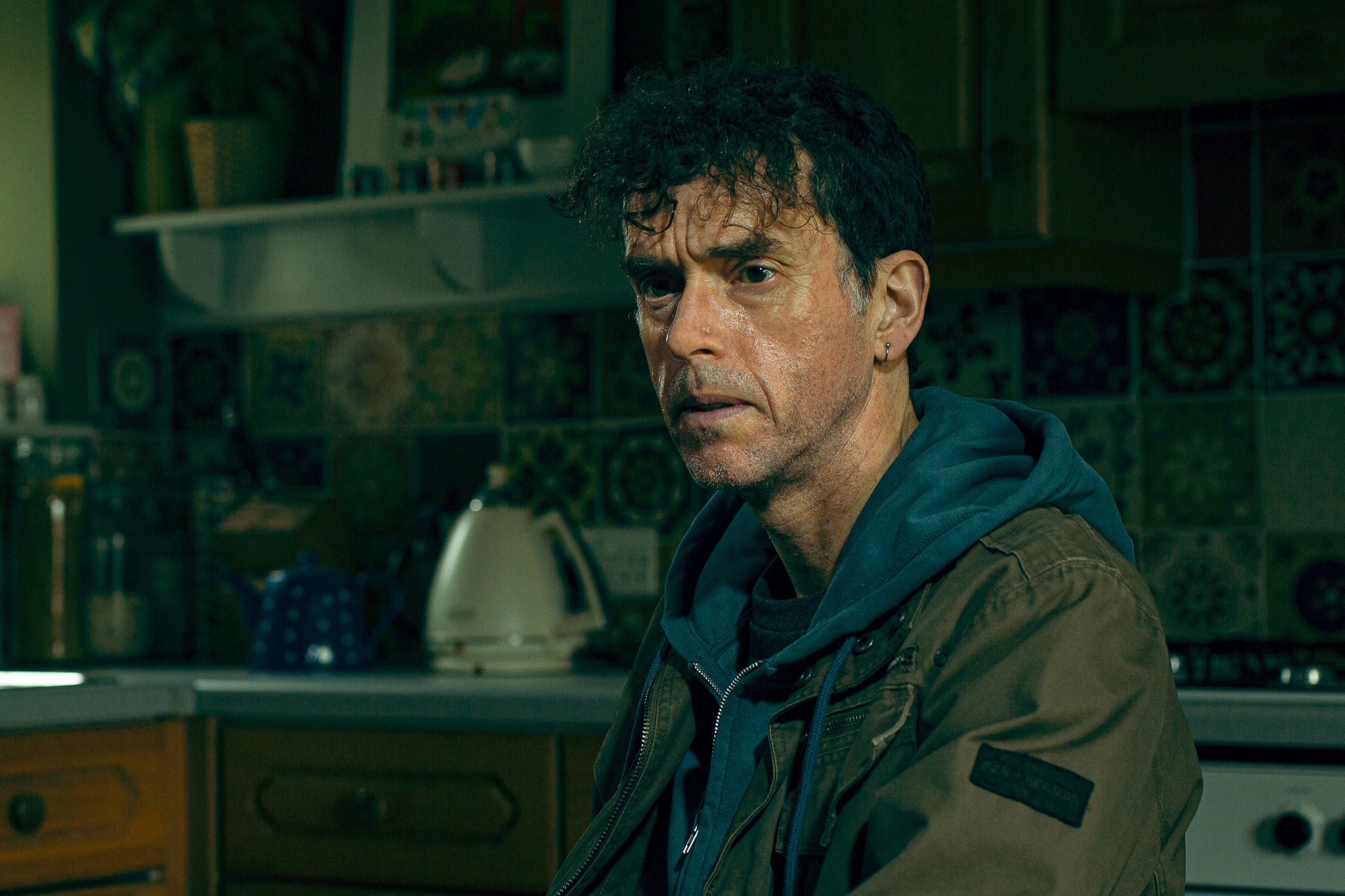 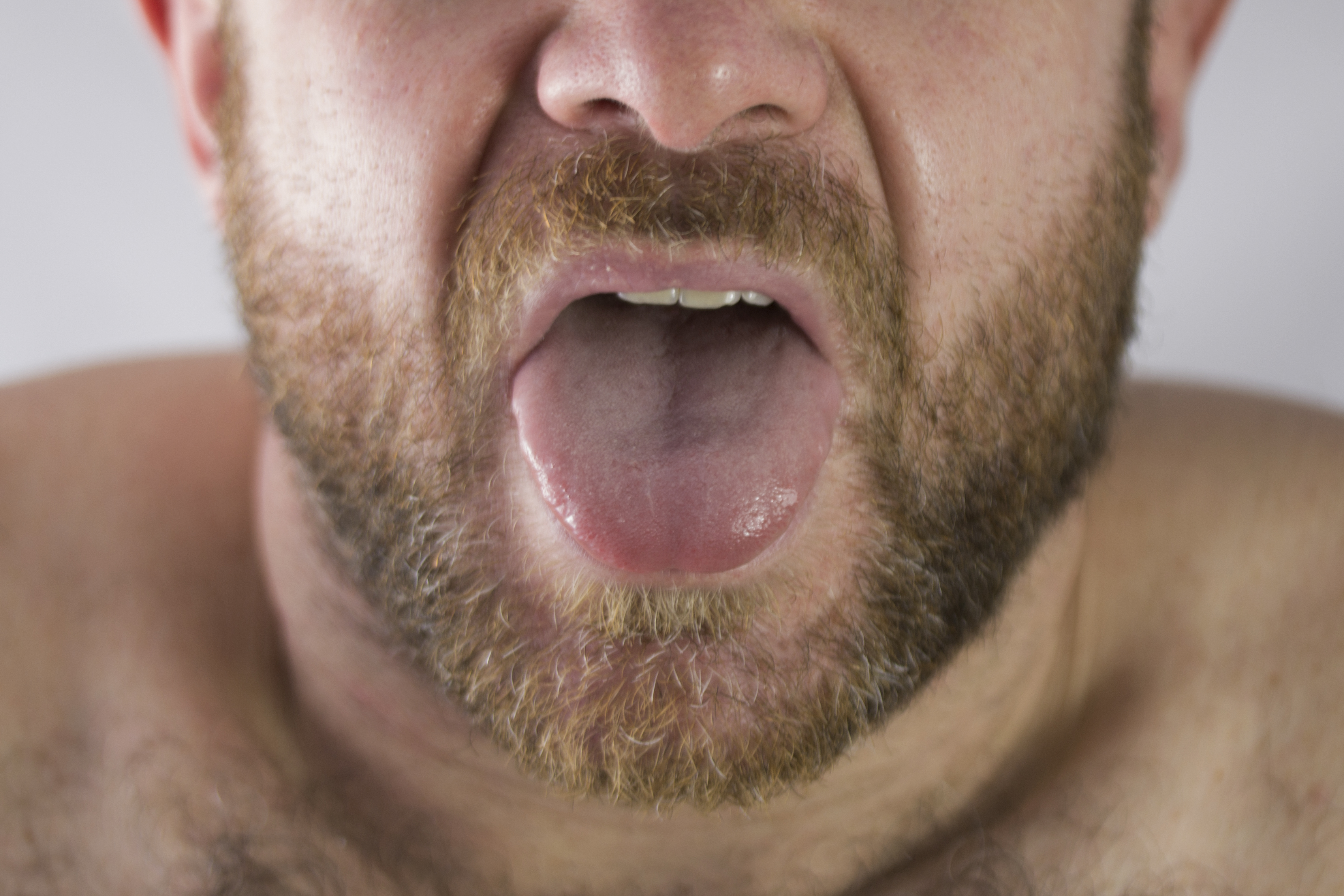 It’s then a long road to recovery for Marlon as he comes to terms with his stroke and learns how to speak and use his right arm again.

For sporty Nick Hounsfield, who is a former osteopath and now a successful entrepreneur, the heartbreaking storyline is an emotional reminder of what happened to him two years ago.

Nick – who now helps other survivors and who shared his own experiences with Emmerdale star Mark – had his stroke on February 1, 2020 while playing hockey.

“About five minutes into the game, I suddenly wasn’t able to follow the hockey ball and my right hand couldn’t grip the stick,” explains Nick, in an exclusive interview with The Sun. 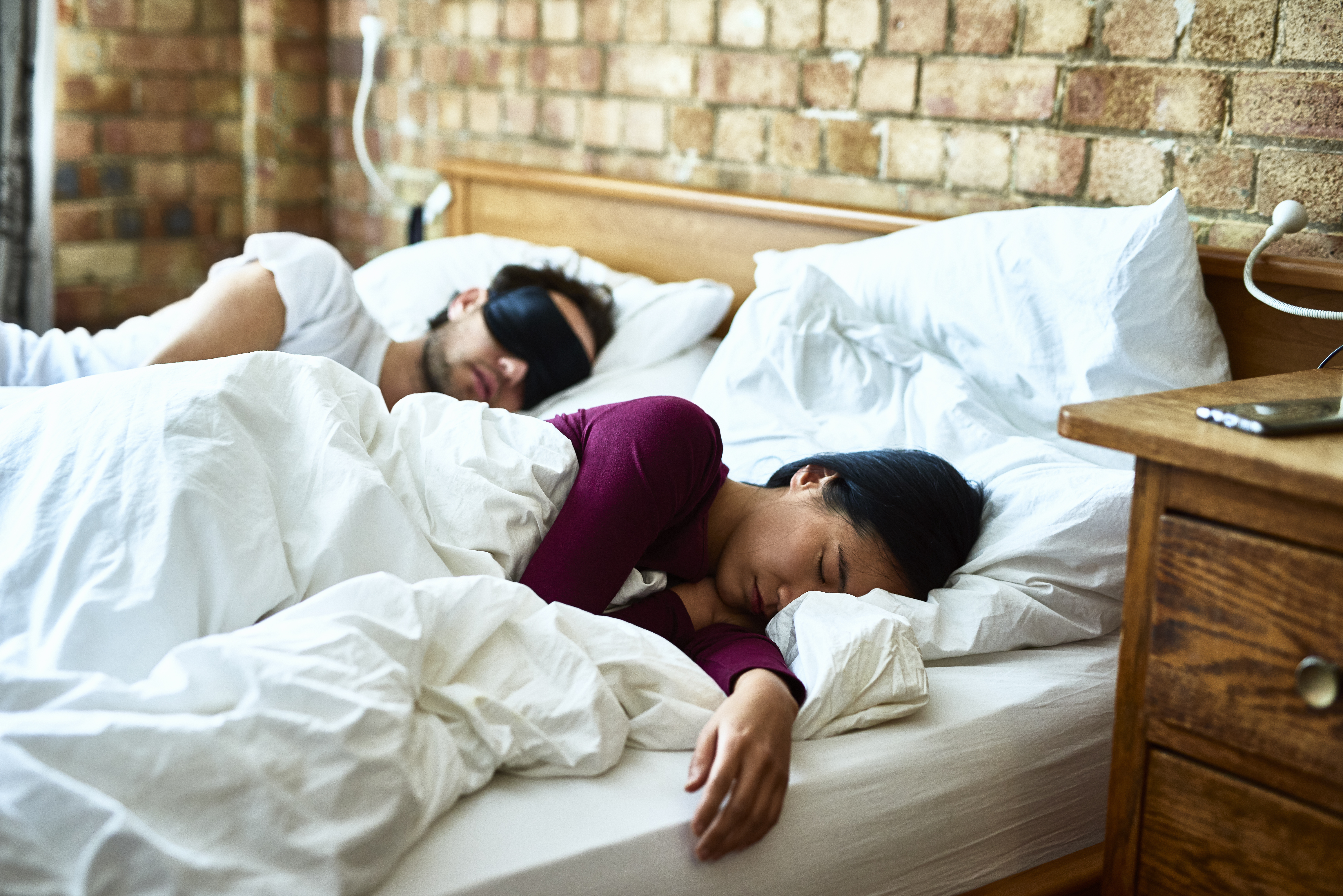 How you sleep can ‘increase your risk of killer disease’, experts warn 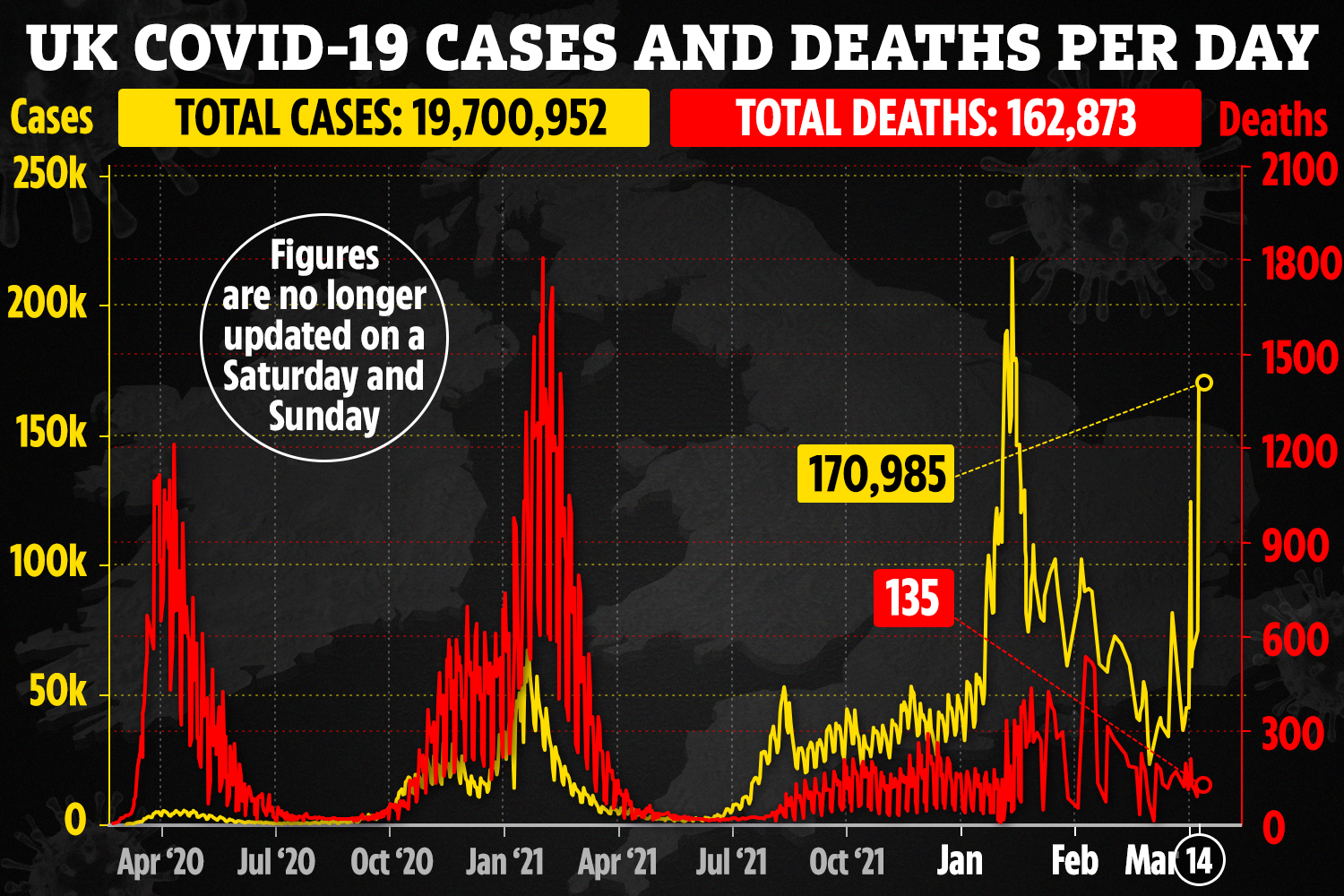 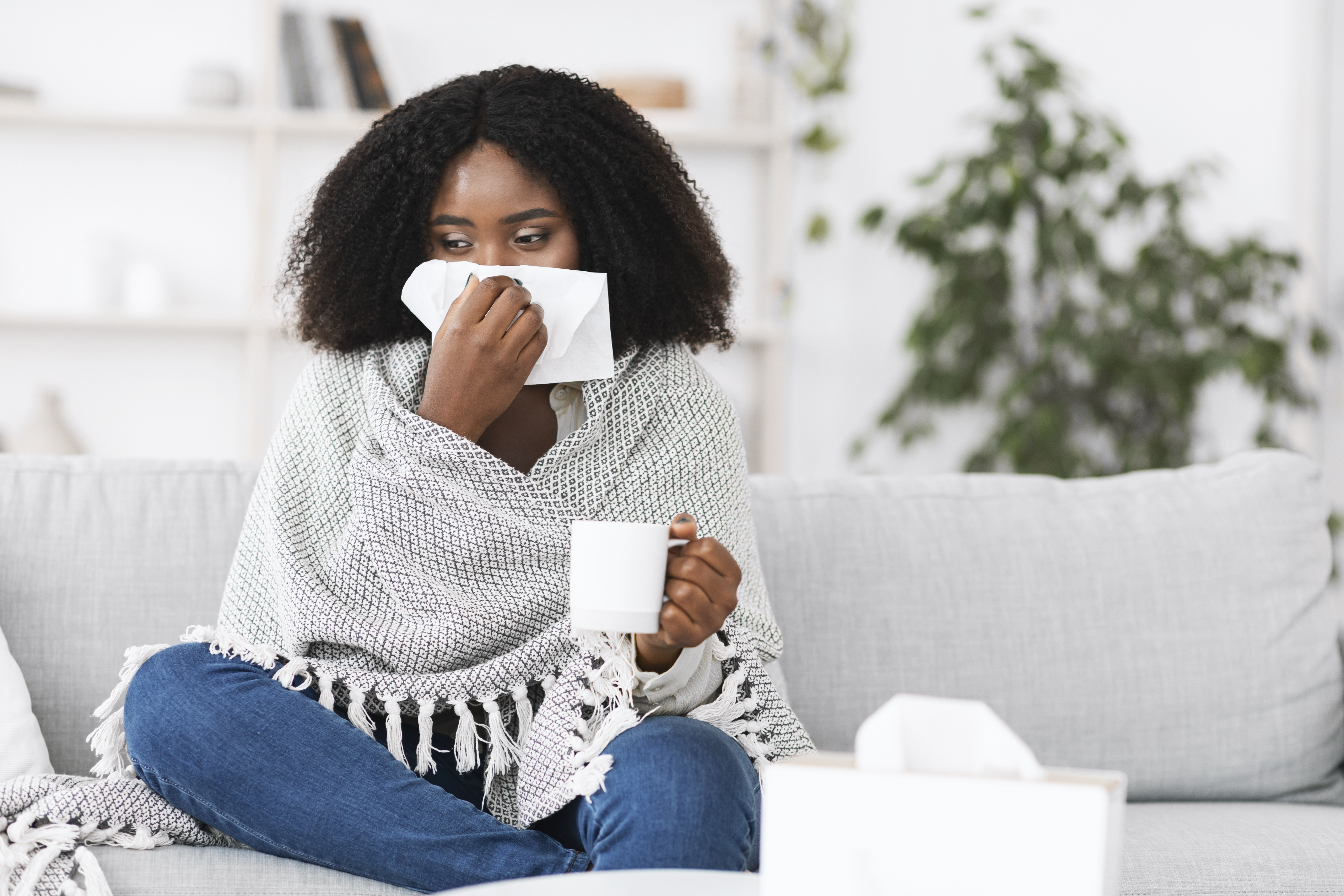 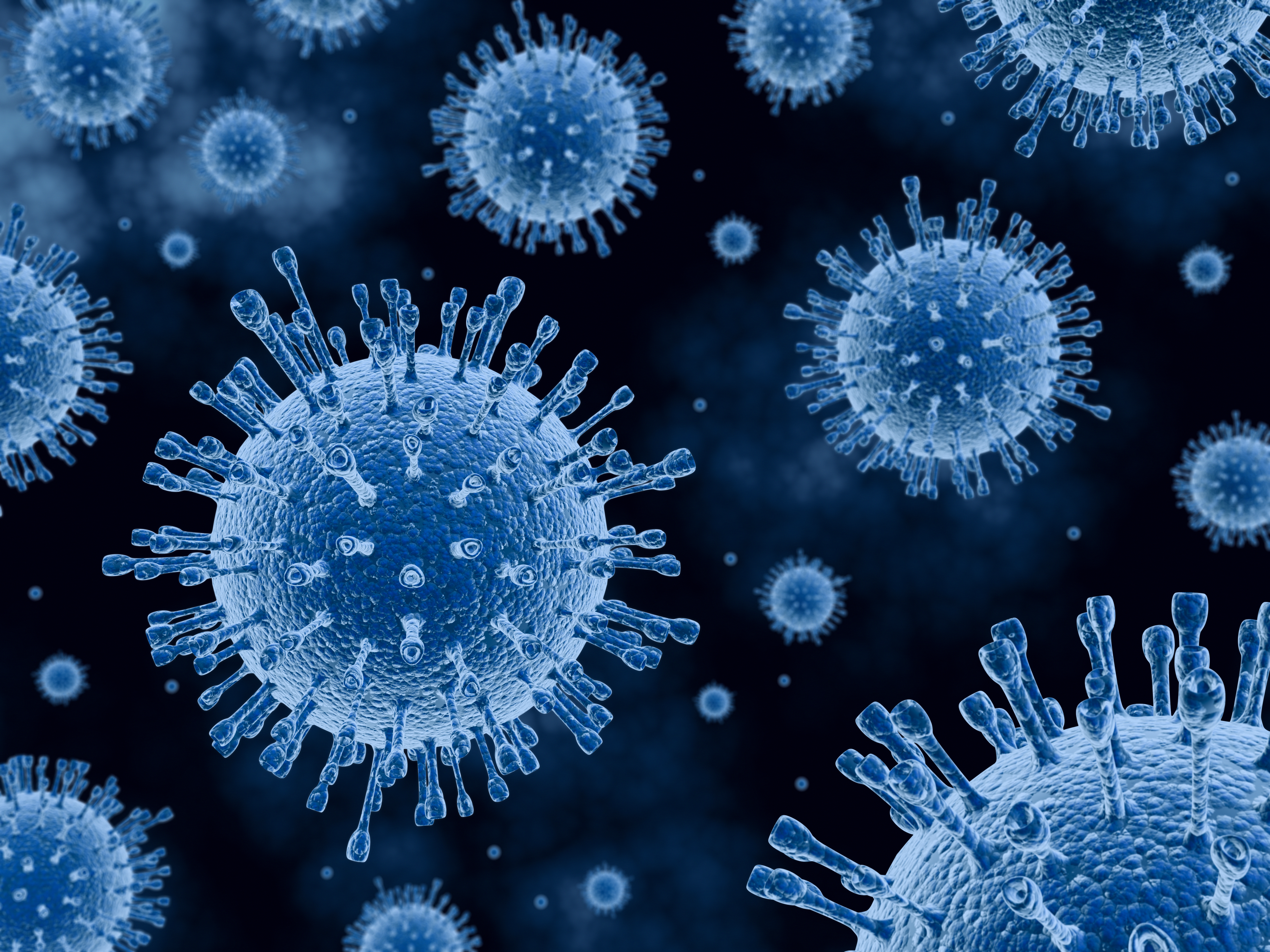 “I felt really weird and so I ran to the side of the pitch.

“When everyone came over to ask what the matter was, I couldn’t speak.

“I knew in my head what I wanted to say but it was just not coming out of my mouth.

“Then suddenly I heard someone saying: ‘Oh my God, I think he is having a stroke’.”

His quick-thinking team mates frantically called for an ambulance and his wife, Julianna, drove to the scene.

But after an hour or so of waiting for one to arrive, she eventually drove Nick to nearby Southmead Hospital in Bristol.

“I think because I was conscious and I was young, I dropped down the ambulance priority list,” says Nick.

“So my wife drove me. But by the time I had a MRI scan, some four-and-a-half to five hours had passed.

“Because of the delay, they then had to decide whether to use the clot busting drug or not.

“They did but unfortunately it shattered the clot and it broke into eight different clots around my brain, so I then ended up with quite a complicated issue rather than one single point.”

Nick, now 48, spent the next week in hospital before being discharged to the family home he shares with Julianna and their three sons in Bristol.

“It was right at the start of the pandemic and the hospital needed the bed space, so I was sent home,” he recalls.

“By then, my dexterity on my right side had thankfully started to come back and I could say a few phrases.”

Over the coming weeks and months, Nick says his road to recovery was a gradual but incredibly difficult one.

He says: “I was lucky in the sense that I didn’t have too many difficulties on the physical side, but by far and away, the hardest thing to cope with was the mental battle and the frustration of not being able to do things or get points across.

“After the first stage, I wouldn’t be able to remember what was next and if a family disagreement broke out, I would find it hard to get my point across as I couldn’t find the right words.

“I would end up smashing plates and slamming doors.

“I turned into a petulant toddler who has a tantrum when they can’t get their view across.

“I had always been an incredibly passive person and I didn’t like how I had become.

“I was worried I was going to be stuck like that.”

Gradually over time, things did, however, become easier for Nick and nine months after he had his stroke in November 2020, the businessman returned to work at the inland surfing lake company, The Wave, he’d proudly founded in 2012.

“I wanted to show everything was going to be fine,” says Nick.

“In retrospect, it probably was too early, and I should have taken a year off, but we were in a pandemic, and I wanted to get back to the business I had founded.”

Two years on, Nick says he is now in a much better place, but he thinks it will be another few years before he fully recovers, explaining he has recently started to have panic attacks over the fear he will have another stroke again.

Nick admits: “If I suddenly forget a word or lose track, I have this primitive reflex which goes ‘Oh my god, I am going to have another stroke’, and it starts off a panic attack.

“I know I have got to work on this to make me stop getting them, but it’s going to take time.

“I’ve realised how important it is to be kind to myself and how the mental side of having a stroke is hard to navigate at times.

Stroke Association chief executive Juliet Bouverie gives Sun readers advice on what symptoms to look out for, stroke causes and steps to help avoid one.

What are the first symptoms of a stroke?

“Everyone needs to be aware of the FAST acronym – so Face, Arms, Speech, Time.

“If you see someone’s face drooping, if they can’t lift one or both of their arms, if their speech is slurred or they are having difficulties getting their words out, then the chances are it could be a stroke.

“A stroke is a medical emergency, and I would encourage everyone to call 999.

“It really matters if you get to hospital within four and a half hours of having a stroke.”

What factors cause a stroke?

“We know 90 per cent of strokes worldwide are preventable.

“Most of the things that cause a stroke are lifestyle factors – so smoking, being overweight, being physically inactive and eating too much salt.

“All those things that can clog up the arteries are more likely to cause a blood clot or a bleed.

“Also, the single biggest factor for a stroke is high blood pressure.

“The other medical risk factor is an irregular heartbeat called atrial fibrillation.”

What can I do to help prevent having a stroke?

“Do adopt a healthy lifestyle, get your blood pressure checked regularly and if you have an atrial fibrillation (irregular heartbeat), get that checked too.”

“I know it is ok to have thoughts like, ‘Gosh, I am still alive today’, but at the same time, I know I am in a much better place now.”

He smiles, and then adds: “But there has been some laughter along the way too.

“Especially at the start of my recovery, I was getting words wrong regularly.

“My wife was called my husband, and my sons, my daughters.

“Even now, I don’t have a brilliant filter and I very much say what I think!

“It’s actually quite liberating though!”

Asked whether he ever thinks ‘why me?’ and it’s a resounding no, but Nick does reveal he finds himself going over why he had a stroke.

An unhealthy lifestyle and stress are known factors to cause stroke and the businessman admits he was working “every hour under the sun” in the run-up to his.

“I am interested in understanding more about the mechanism of the injury.

“In the run up, I had spent 10 years working literally every hour of my day. It was a classic entrepreneurial start up where you do what needs to be done.

“Clearly for me it had pushed me over the edge in some respect.

“But also, mine happened at the start of Covid.

“There has been some association with Covid and issues around blood thickening.

“I had just opened my business and we had visitors from all over the world.

“Whether it was Covid or work, in my case, a fuse needed to blow, and I guess the stroke was my fuse.”

He goes on to talk about how the stroke has made him more determined than ever to lead a slower pace of life, especially at work, as well as helping other survivors.

He works closely with the Stroke Association and he says he was incredibly pleased to be able to help advise Emmerdale with their upcoming storyline by talking through “what was going on in my weird brain”.

He says: “I talked through the whole thing with Mark and I just tried to make sure I described the emotion you feel, what was going on in your head, how you feel after and how it affects the people around you.

“It is an important story to tell.”

Nick has already had a sneak preview of the upcoming scenes and admits he teared up watching them.

“I did get really teary and emotional watching them,” he says.

“Mark has got a very good grip on what it is like and how it feels to have a stroke and I know he feels a weight of responsibility on this particular storyline, but I have complete faith in him.”

Looking towards his own future, Nick says he hopes one day the panic attacks will disappear and he will be able to fully move on from his stroke.

“Having a stroke gives you a perspective on life,” he says.

“And what actually matters. Throughout all of this, my family have been amazing, and it has brought us all much closer together.”

For more information, go to www.stroke.org.uk. Emmerdale airs every weekday at 7.30pm. 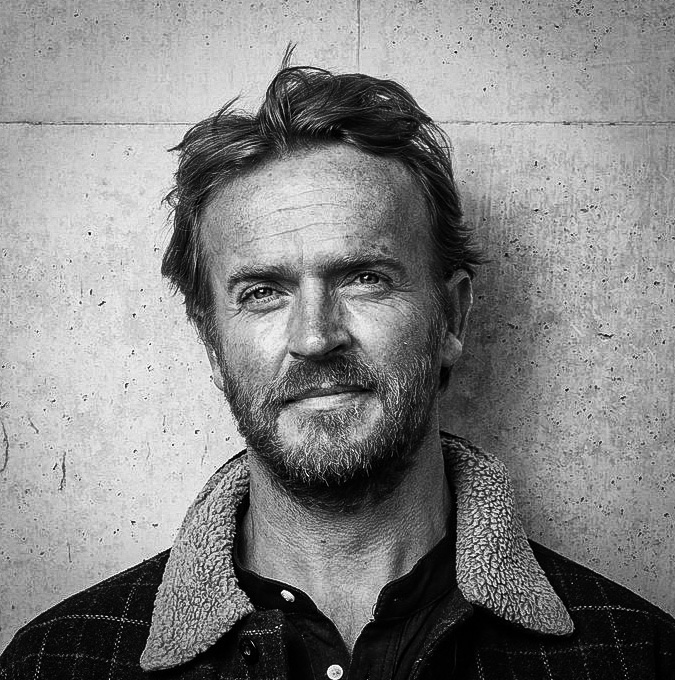 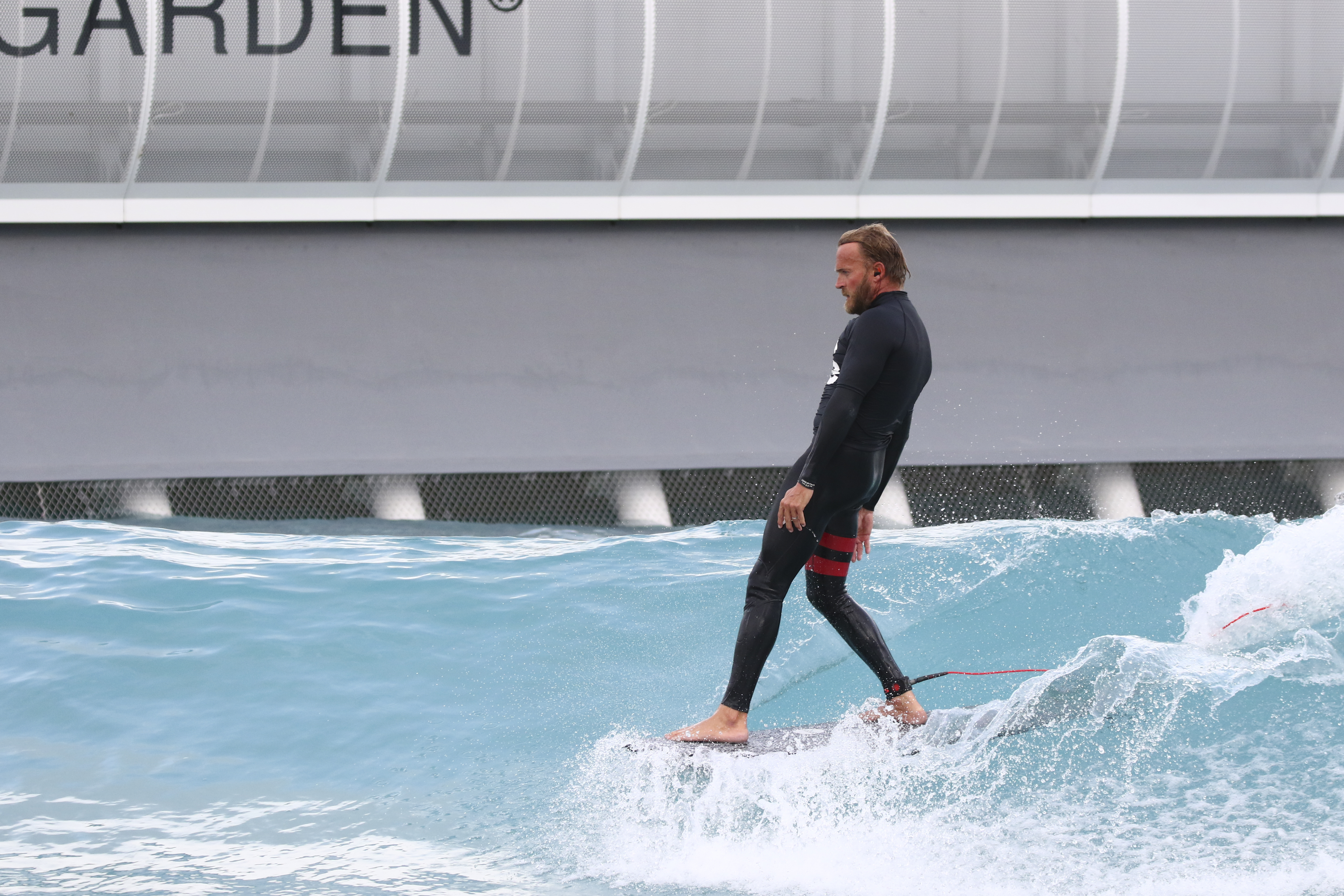