‘Haven’t his victims been through enough?’: Netflix documentary about Jimmy Savile is blasted by viewers for cashing in on the paedophile’s crimes by rehashing a story that’s been told countless times

Netflix has sparked outrage across social media after announcing the upcoming release of a documentary about Jimmy Savile.

The disgraced TV presenter, who was best known for hosting Top of the Pops and Jim’ll Fix It, has been accused of sexually assaulting over 450 people since his death in 2011, with victims as young as five.

The trailer for Jimmy Savile: A British Horror Story, which will land on 6th April, teases the reveal of how he was able to ‘fool the nation’ for four decades as a beloved TV personality while abusing countless victims.

Netflix subscribers have been quick to take to Twitter arguing that ‘nobody asked for’ a documentary about Jimmy Savile, and claiming that the victims have been through enough without having to see his face on ‘every’ streaming service.

Viewers have also complained that their favourite shows are being cancelled, while the streaming service gives a platform to a story that has already been told. 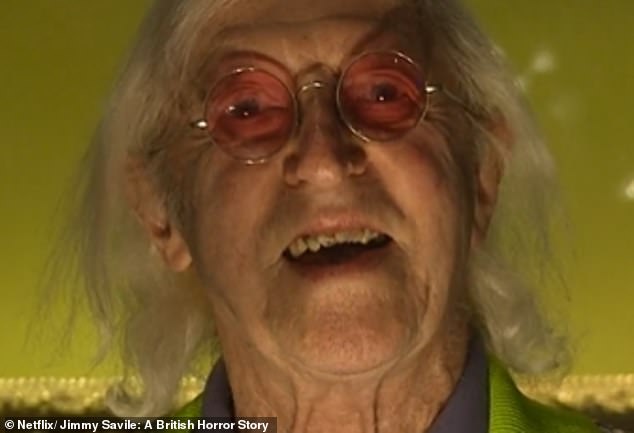 In 2016, the Dame Janet Smith Review into sexual abuse at the BBC identified 72 victims of DJ Savile.

It found he sexually assaulted 57 women or girls and 15 boys, with the youngest girl he raped aged 13 and youngest boy aged ten.

The synopsis for the Netflix documentary explains how archived footage delves into the evil within Jimmy. 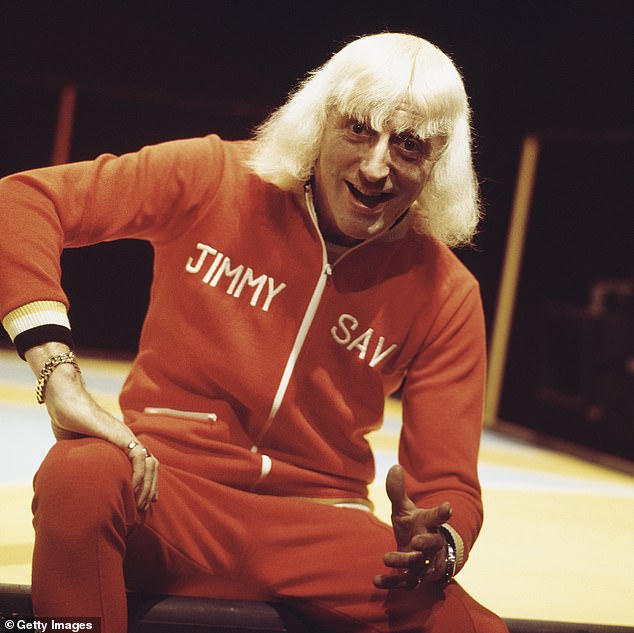 The synopsis reads: ‘Jimmy Savile rose to prominence in a career spanning decades in the entertainment industry in the UK.

‘He had raised millions for charity, been knighted by the Queen and achieved national treasure status by the time he died on the 29th October 2011. His funeral was broadcast live on the BBC.

‘Since his death, independent investigations and those made by Scotland Yard uncovered that Savile had been a prolific and predatory sex offender, abusing hundreds of people, some as young as five.

‘To date, more than 450 allegations of sexual assault and abuse have been made against him. The documentary examines, through extensive archive footage, Savile’s relationship with the British people, the establishment and the media to understand how he managed to fool an entire nation for so long.’

Netflix took to Twitter to share the trailer for the documentary, racking up almost 100 re-tweets and a stream of comments

Netflix have received backlash since tweeting about the release of the documentary, with one commenter writing: ‘Why do people feel the need to make things like this? Can’t be the only one that hates true crime documentaries that just bring back up horrific things for the victims and their families?’

Another said: ‘The day Netflix realise they don’t need to make a documentary just for the sake of it will be a good day indeed. Nobody asked for this’

A third added: ‘This shouldn’t have been made ever. We all read the news, don’t revisit this. Pay respect to the victims. Nobody needs to know the worst extent of his abuse.’

‘No one wanted to talk when he was alive, now you can’t shut anyone up. Haven’t his victims been through enough? The stories already been told,’ a fourth commented. 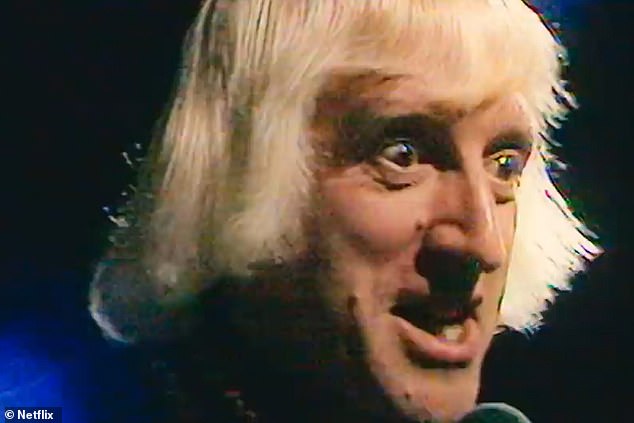 Another wrote: ‘You know what would be more radical and better? A documentary exploring the victims. Talking to them, and their families and how the police, the BBC and society failed them.’

Blasting Netflix, a Twitter user said: ‘How sickening and twisted is this? I’m sorry but really Netflix? You want to make a documentary about how a pedophile got away with his crimes for many years? You also think he was a ‘national treasure’ too? Hang your heads in shame Netflix…’

Another commented: ‘So tired of seeing this disgusting vile man’s face on every streaming platform and TV channel’

The Netflix documentary comes after BBC film The Reckoning, which features Steve Coogan as Jimmy Savile, was accused of dramatising the disgraced presenter’s horrific crimes.

Executive producer, Jeff Pope, said: ‘I think this is a story that has to be told. We must understand why a man like Jimmy Savile seemed to remain immune for so long to proper scrutiny and criminal investigation. 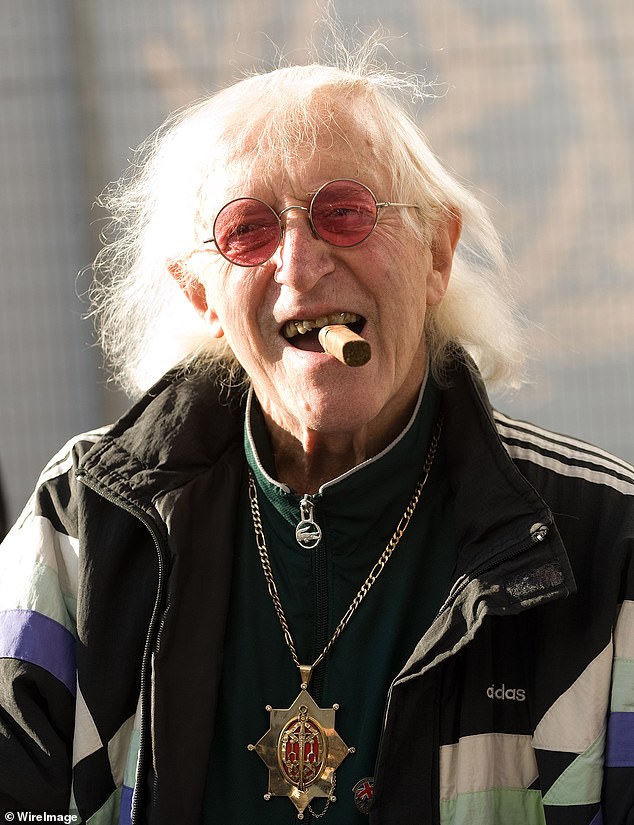 The documentary comes just months after the BBC began working on a drama about Jimmy Saville (pictured), with Steve Coogan playing the disgraced TV presenter

‘Steve has a unique ability to inhabit complex characters and will approach this role with the greatest care and integrity.’

Piers Wenger Controller, of BBC Drama, added: ‘The story of Jimmy Savile is one of the most emotive and troubling of our times.

‘We do not intend to sensationalise these crimes but to give voice to his victims.

‘We will work with survivors to ensure their stories are told with sensitivity and respect and to examine the institutions which Jimmy Savile was associated with and the circumstances in which these crimes took place.

‘Drama has the ability to tackle sensitive real life subjects and consider the impact of a crime on its survivors and what lessons can be learnt to stop this ever happening again.’

Filming for the drama began in October 2021, but a release date has not been announced.