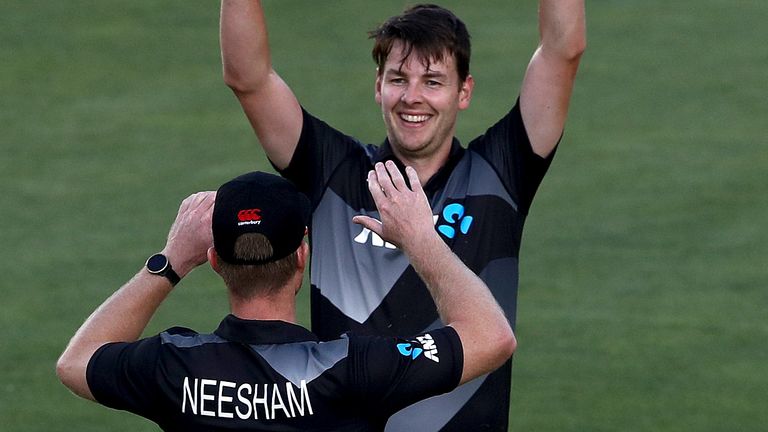 ​​​​​Fast bowler Jacob Duffy took 4-33 on debut as New Zealand recorded a five-wicket win over Pakistan in the first T20 international in Auckland.

Duffy helped New Zealand reduce Pakistan to 39-5 and restrict the tourists – who are without captain Babar Azam due to a thumb injury – to 153-9. Right-armer Duffy took his first wicket with his fourth ball in international cricket – Abdullah Shafique for a duck – and took two more with the fifth and sixth balls of his second over.

The 26-year-old was also denied a magnificent catch when he flew high at deep third man to grab a one-hander off the bowling of Blair Tickner, only for the television umpire to rule his hand had grazed the boundary rope.

Duffy took his fourth wicket in the 18th over, that of stand-in Pakistan captain Shadab Khan, who top-scored for the tourists with 42. 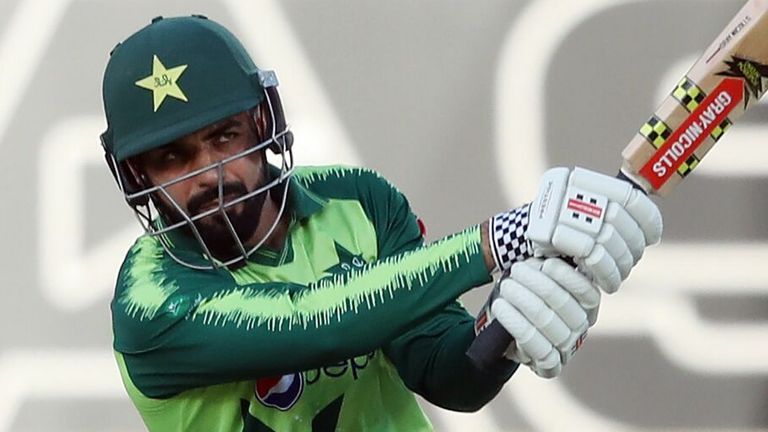 Scott Kuggeleijn bagged 3-27 for the Black Caps, with his dismissal of Haider Ali in the fifth over ensuring New Zealand had taken three wickets in as many balls, after Duffy had ousted Mohammad Rizwan (17) and Mohammad Hafeez (0) at the end of the fourth.

Pakistan were 20-4 at that stage and were also 79-6 in the 14th over but Faheem Ashraf hit 31 from 18 balls, including three sixes, to boost the total.

New Zealand fell to 21-2 in the chase before Seifert steadied proceedings during stands of 44 and 45 with Glenn Phillips (23) and Mark Chapman (34) respectively. 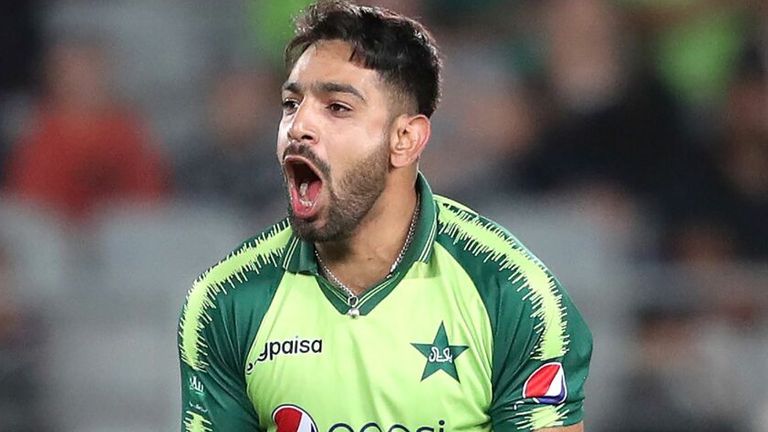 However, Pakistan’s hopes were quashed by Jimmy Neesham (15no) and Mitchell Santner (12no), with Neesham hitting two sixes off Shaheen in the 18th over and Santner striking the match-winning maximum off Wahab Riaz in the 19th.

The second T20I takes place in Hamilton on Sunday before the series concludes in Napier on Tuesday.