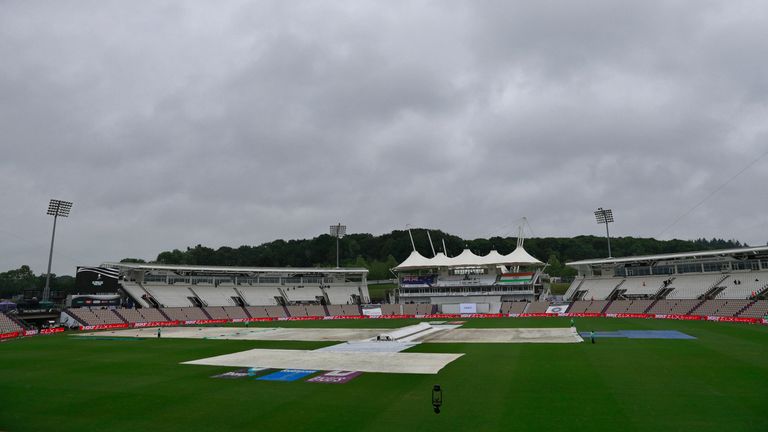 Persistent rain thwarted New Zealand’s hopes of building a lead against India as the fourth day of the inaugural World Test Championship final was abandoned.

The Black Caps had ended day three on 101-2, just 116 behind India’s first-innings total of 217, but bad weather denied them the chance to make further inroads at the Ageas Bowl.

The pitch remained covered throughout Monday, with umpires Michael Gough and Richard Illingworth eventually calling play off just before 3pm.

That means two full days of the final have now been lost to rain – but, with an improved weather forecast for Tuesday and Wednesday also available as a reserve day, a result is still feasible.

If the contest does end in a draw, however, New Zealand and India will be crowned joint Test champions.

Watch day five of the World Test Championship final between India and New Zealand on Tuesday from 10am, live on Sky Sports Cricket.