Is this the return of the Queen? Nicki Minaj teams up Lil Baby to ask ‘Do We Have A Problem’ in a sizzling, action-packed music video.

After an uncharacteristic silence from Nicki Minaj, the prolific rapper returned to the music scene on “Pink Friday” (Feb. 4), kicking off what many Barbz hope will be the start of her comeback. Nicki, 39, teamed with Lil Baby for “Do We Have A Problem?”, a new single and 9-minute music video that featured a dramatic opener where Nicki was set up as an undercover agent trying to dig up dirt on a mob outfit.

During an auction where she’s been prompted to catch Lil Baby (aka “The Black Death) and the men he’s working with, Nicki flips on the police (of course in a stylishly sexy outfit and chic blonde bob) and runs off with the rapper to Cuba. What happens next? You’ll have to watch the epic video premiere to see for yourself!

Nicki Minaj had an unusually quiet 2021 – music-wise, at least. The “Chun-Li” rapper appeared on a remix of Bia’s “Whole Lotta Money” and “Boyz,” the debut solo single from Little Mix’s Jesy Nelson. In terms of “new” Nicki music, the closest that the Barbz got to was the re-issue of her 2009 mixtake, Beam Me Up Scotty, which featured three new songs, including “Seeing Green,” a collab with Drake and Lil Wayne.

That output is even more stark when compared to what she did in 2020. That year, Nicki managed to go No. 1 with 6ix9ine (“Trollz”), team with YoungBoy Never Broke Again for Mike Will Made It’s second song (“What That Speed Bout!?”), and lend her verses to songs by Megan Trainor (“Nice To Meet Ya”), Doja Cat (“Say So (Remix)”), ASAP Ferg (“Move Ya Hips”), Ty Dolla Sign (“Expensive”), and Sada Baby (“Whole Lotta Choppas (Remix)”). She also did most of that while pregnant with her and Kenneth Petty’s first child, Papa Bear. It remains to be seen if this new collab with Lil Baby signals that the highly-anticipated follow-up to Nick’s 2018 album, Queen, will arrive this year. 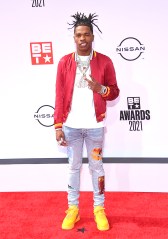 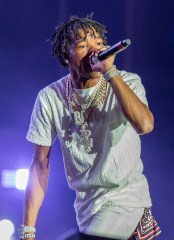 Related posts:
February 4, 2022 Lifestyle Comments Off on Nicki Minaj Flips On The Police In Sexy New Video For Do We Have A Problem? With Lil Baby
Celebrity News:
Birds of a Feathers Lesley Joseph on Pauline Quirke not being on TV
Elon Musk got booed on stage at Dave Chappelles show in San Francisco
Gayle King Defends Prince Harry & Meghan Markle’s Netflix Docuseries!
Taylor Swift vs Olivia Rodrigo! | Perez Hilton
Scott Disick 'Regrets' How He 'Handled' Ill-Fated Relationship With Kourtney Kardashian As He Tries To Move Forward
Recent Posts