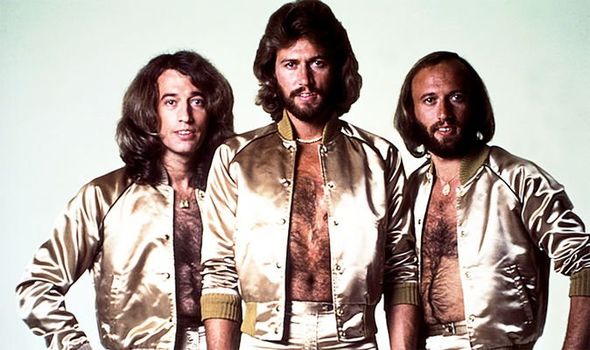 Lesley Evans, who has outlived all of her younger brothers except Sir Barry Gibb, 75, said: “He was an old man from the time he was born. He was such a stooge. He used to pull me up about my miniskirts and say: ‘You’re not going out like that are you?’ He just never went out.

“Robin was always extremely quiet. Boring.” When he did go to a club with her “he would honestly dress up in his shirt and tie and duffle coat, like he was off to a funeral or something. He would never move from his table with one little glass of wine in front of him all night.”

Maurice was “sweet and quiet”, she added. Andy, who was not in the Bee Gees, died in 1988. Lesley, a mum of eight who lives in Singleton, New South Wales, Australia, was speaking after her daughter Debra teamed up with Maurice’s love child Nick Endacott Gibb to record a version of Tragedy. His mum is Patti Nolder, the ex-wife of Deep Purple manager Graham Nolder.

But Maurice’s son-in-law Paul Landin, who is married to his daughter Samantha, has accused Lesley of being unsupportive to “Gibb offspring projects in the past”.

She said: “It’s an amazing song.

But there’s been a bit of animosity in the family.