Britney Spears has been under a conservatorship since 2008, according to the New York Times. The pop star’s father, Jamie Spears, took on the role of her conservator, and has been in charge of her life — both personal and professional — for more than a decade. Although Jamie did step back from the role following a health scare in 2019, he expected to return to his position once he was feeling better. When that time came, however, Britney made it quite clear that she didn’t want her father returning as her conservator. And, in March 2021, Britney requested her father’s resignation, according to USA Today.

At the time, Britney wanted her court-appointed conservator, Jodi Montgomery, to take on the role full time. However, in a new article released by the New York Times on June 22, it was reported that the “Piece of Me” singer has actually been trying to end her conservatorship for years. On June 23, Britney is expected to speak in court — albeit virtually — for the first time in well over a year, according to Variety. With all of this going on behind-the-scenes, many wonder who Britney turns to when she needs support. Keep reading to find out who has been one of her biggest supporters through these challenging times.

Britney Spears' boyfriend Sam Asghari has been a 'huge support' 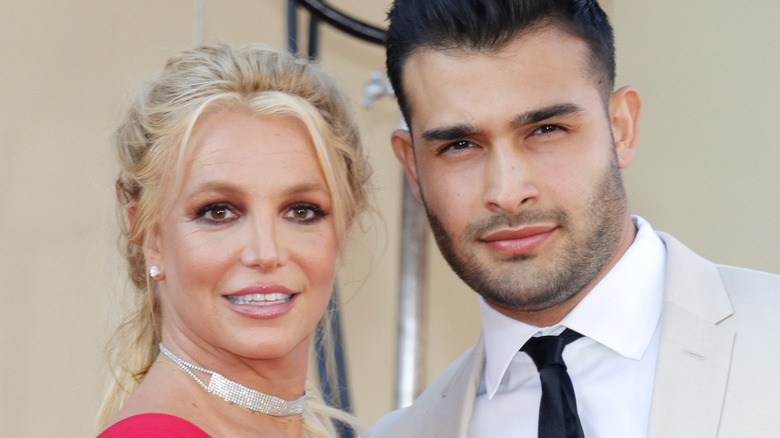 As Britney Spears prepares for her upcoming court appearance and the outcome of her ongoing conservatorship trial, she has been able to lean on her boyfriend, Sam Asghari. “Sam has been a huge support for Britney. He helps boost her confidence and assures her that everything will go well,” a source told Page Six. “He has been following the #FreeBritney movement online for a while now and always tells Britney how much she’s loved and supported by fans,” the source added. Spears and Asghari started dating shortly after they met in 2016, according to the Los Angeles Times.

While both Spears and Asghari are private people, Asghari did speak out earlier this year about what’s been going on in his girlfriend’s life. “I have always wanted nothing but the best for my better half and will continue to support her following her dreams and creating the future she wants and deserves. I am thankful for all of the love and support she is receiving from her fans all over the world, and I am looking forward to a normal, amazing future together,” he told People magazine back in February.

Related posts:
June 23, 2021 Lifestyle Comments Off on One Of Britney Spears Biggest Supporters Revealed
Celebrity News:
What Is Offset's Real Name?
How Did Courteney Cox Meet Boyfriend Johnny McDaid? What Is Their Age Difference?
It Was Love at First Sight When Track Athletes Tara Davis and Hunter Woodhall Met at Age 16
Scooter Braun Officially Files For Divorce From Yael Cohen – & Already Has A Prenup In Place!
OMG! Prince William Is Also Writing a Book After Harry's Memoir News
Recent Posts