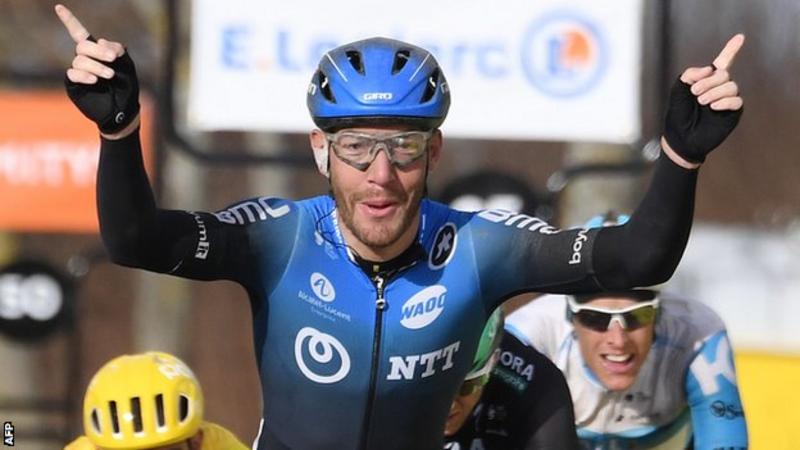 Italy’s Giacomo Nizzolo won the second stage of a Paris-Nice race now being held “behind closed doors” because of coronavirus.

Nizzolo, of Team NTT, won a sprint finish at the end of a 166.5km route from Chevreuse to Chalette-sur-Loing.

Earlier on Monday, race organisers detailed measures to comply with the French ministry of health’s ban on gatherings of more than 1,000 people.

Public access will be restricted at the start and end of each stage.

There will be a buffer zone of 100m to the podium at the start of a stage and 300m at the end.

In a statement, the organisers said they “call upon spectators to observe these new rules even though they stand in contrast to cycling’s tradition of bringing riders and fans together”.

Nizzolo pulled away in the final few metres to finish ahead of Germany’s Pascal Ackermann, who was second, and third-placed Jasper Stuyven of Belgium.

Colombian Nairo Quintana, who began the race as favourite to win overall, lost around 90 seconds after being involved in a crash 25km from the finish, while Frenchman Julian Alaphilippe was delayed by a puncture.