Prince Charles, 72, has featured in a new video championing conservation just days after the funeral of his father Prince Philip. In the new clip, which was made to promote the future king’s The Sustainable Markets Initiative, he speaks about his passion for nature.

Clarence House retweeted the video which was first shared by The Sustainable Markets Initiative on Twitter with the message: “To mark #EarthWeek, a new film shows HRH The Prince of Wales in conversation about his passion for nature, in his Highgrove garden.”

In the video, Charles gives a tour of The Stumpery garden at Highgrove in Gloucestershire and mentions his pioneering work promoting environmental causes.

He also speaks about his growing sense of optimism now business leaders around the world are engaging with projects like the Terra Carta, which aims to combine the power of nature with the resources and innovation of the private sector.

Body language expert and author Judi James analysed the new clip of Charles for Express.co.uk and shared her insights. 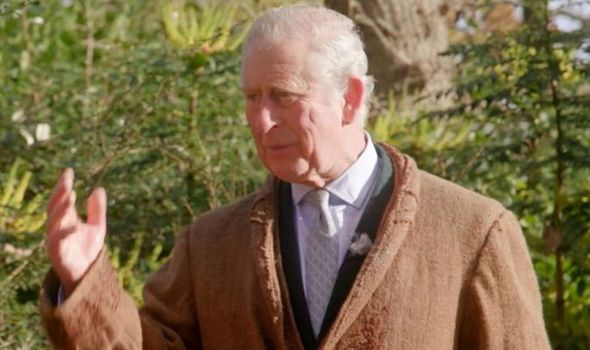 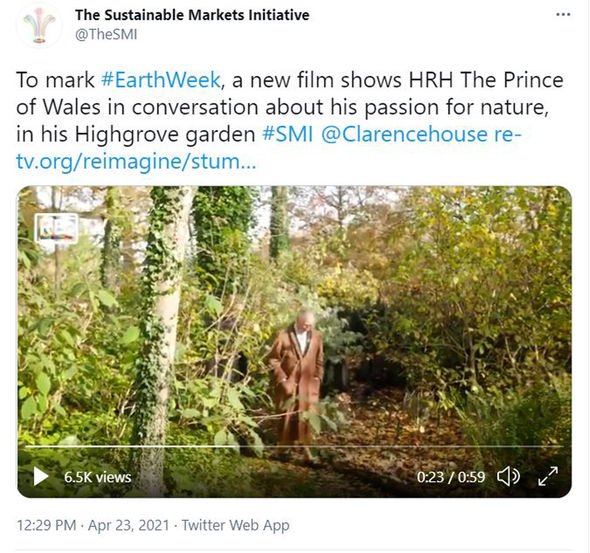 According to the analyst, Charles comes across as “pompous” and adapts an air of “elderly wisdom” for the short film.

Judi said: “This extraordinary clip shows Prince Charles appearing in a Dumbledore-style role, complete with ankle-length dressing down coat and a low, deeper vocal tone to talk about Earth Day.

“It links in with his disappearance to a cottage in Wales after his father’s funeral as it seems to define him as some kind of a seer in the style of his old mentor Laurens Van der Post.

“His gesticulation as he guides someone round his estate suggests an air of elderly wisdom, with his two-handed gesticulation and his low vocal tone combining to suggest an elderly guru.” 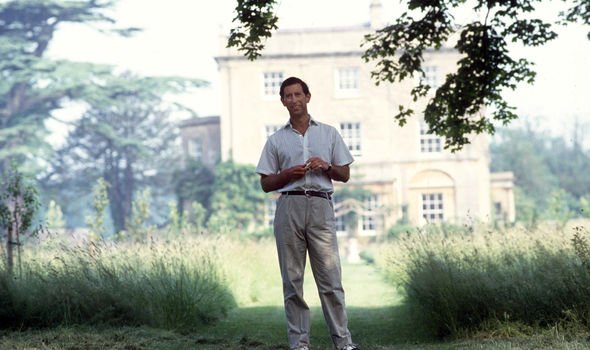 She added: “It’s a pompous performance that might just herald his perceived role as a future king of the UK.”

Prince Charles was among the first members of the Royal Family to pay tribute to the Duke of Edinburgh following his death on April 9.

Like his father, Charles is a keen conservationist and intends to continue the late Duke’s legacy for protecting the environment.

On Thursday Prince Harry also spoke out to mark Earth Day in a powerful statement in which he honoured Philip.

Harry’s Earth Day message for the African Parks charity of which he is president read: “As we now begin to move towards an era of global recovery and regeneration, it’s critical that we continue to look at the strengthening and protecting of biodiversity, not just as a value we hold—but as a responsibility that is vital to our way of life.”

“On this Earth Day, I reflect on generations of conservation champions, including my late grandfather, and feel proud and energised to continue doing my part in this legacy.

“This year especially, I join the incredible African Parks team and communities around the world in shared dedication to our environment and collective wellbeing.” 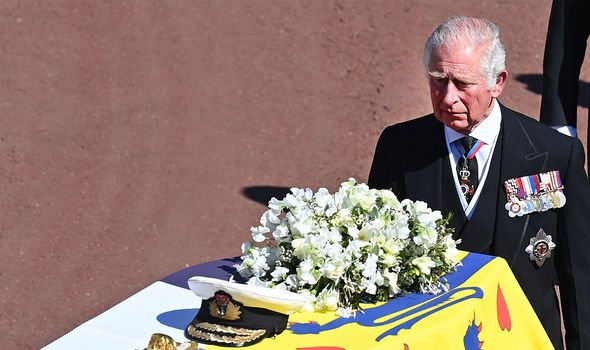 Prince Charles and his wife Camilla, Duchess of Cornwall have been based at Highgrove House for the best part of the pandemic.

However, the couple have been travelling to and from their London office Clarence House for work.

Last Saturday, Charles was among senior royals to walk behind Philip’s coffin at the funeral.

Following the Duke’s death, Charles is expected to meet with his son Prince William to discuss the future of the monarchy.