Mothers who work in the adult film industry are the subjects of a photographer’s powerful new series that explores the balance between motherhood and their work in pornography.

Writer Laura Lee Huttenbach transcribed the interviews and wrote captions to accompany each of the women’s photos as part of the project, revealing the women’s career aspirations and their hopes for their children.

Koeth explained on her website that her series got its start when she attended the Exxxotica Expo in Edison, New Jersey, in November 2017 and met Emily Mena, a 25-year-old adult film star and mom.

‘I was scared of this project for a while because I didn’t know how I would find subjects or if these women would be open to sharing their stories,’ she wrote.

When Koeth met Mena at the adult-themed expo, she learned that the actress had a four-year-old daughter, Sophia, and a baby on the way. She traveled to Phoenix, Arizona, to photograph Mena when she was seven months pregnant with her son.

‘I’m grateful to these women for trusting me with a piece of their lives that, professionally, they prefer to keep secret,’ Koeth said. 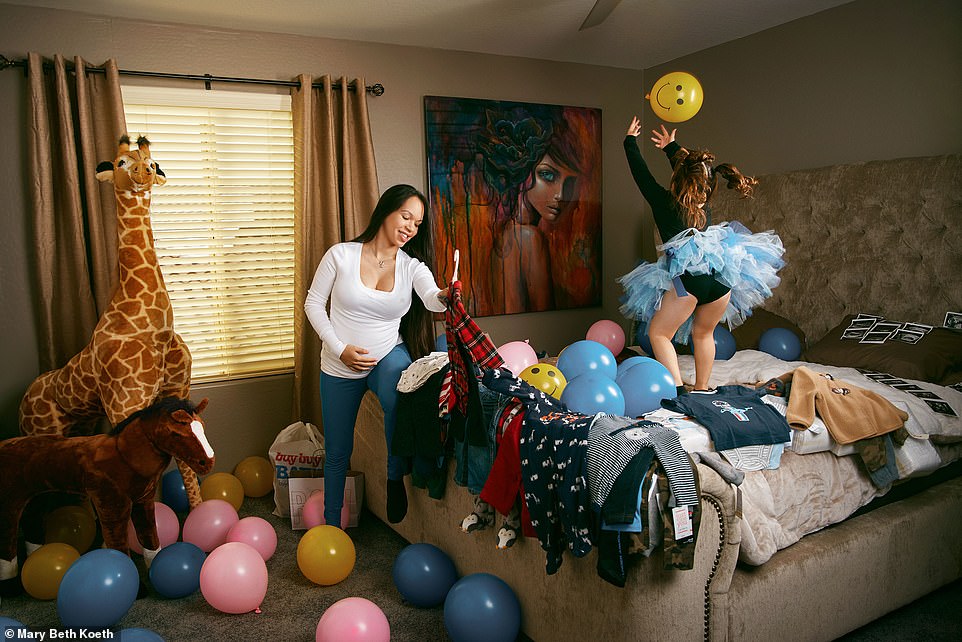 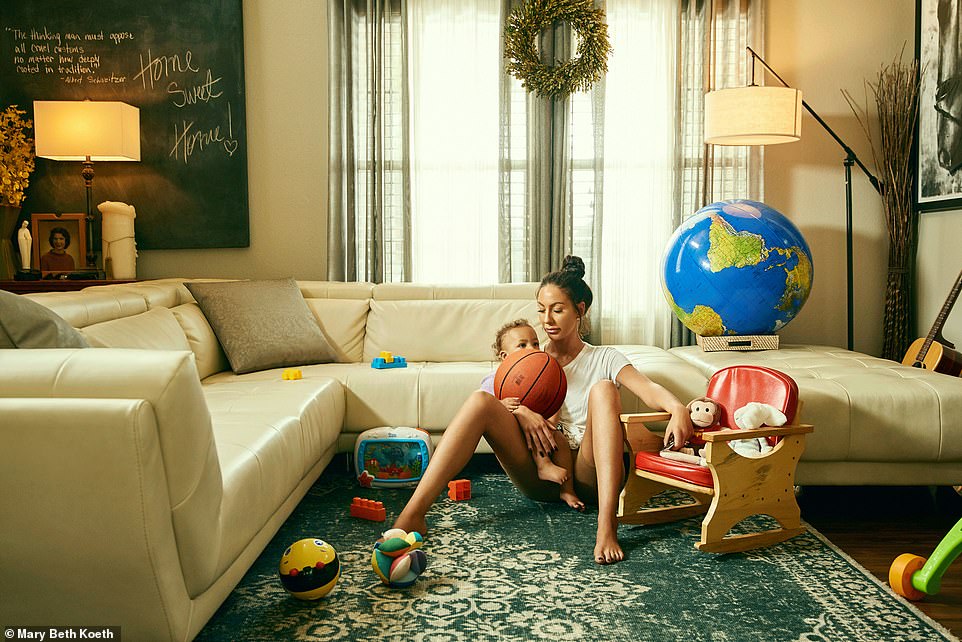 ‘It enables me to be a hands-on, stay-at-home mom,’ she says. ‘He literally is my everything. Everything you do is completely thought out around them.’ Coming back to the film set with a postpartum body was challenging emotionally and physically. ‘Everything that you’re self-conscious about is amplified,’ Brookes says.

She thought people would be able to tell right away that she’d had a baby. ‘I’m constantly concerned about every time I get undressed in front of a camera. I look for people’s reactions.’ When her son gets a little older, she hopes to find a new career outside adult entertainment. In the meantime, she says, ‘The minute the camera is off and I’m off set, it’s back to being a mom.’

Cox says her daughter is very popular at school. ‘She’s everyone’s best friend,’ Cox observes. ‘She’s full of energy.’ So their schedule is filled with birthday parties for her daughter’s classmates. With the other mothers, she finds her connection with them depends on the person. Some women don’t want to know anything about her work, while others are more open. Cox doesn’t want to lie to her daughter about her job. ‘She’s going to grow up knowing,’ she says. ‘It’s going to be common knowledge, [like] Oh, okay, mommy does porn for a living.’ But she finds nothing easy about being a single mom. Her dream is to move with her daughter to Los Angeles and buy a house close to the beach, where they can live like hippies. 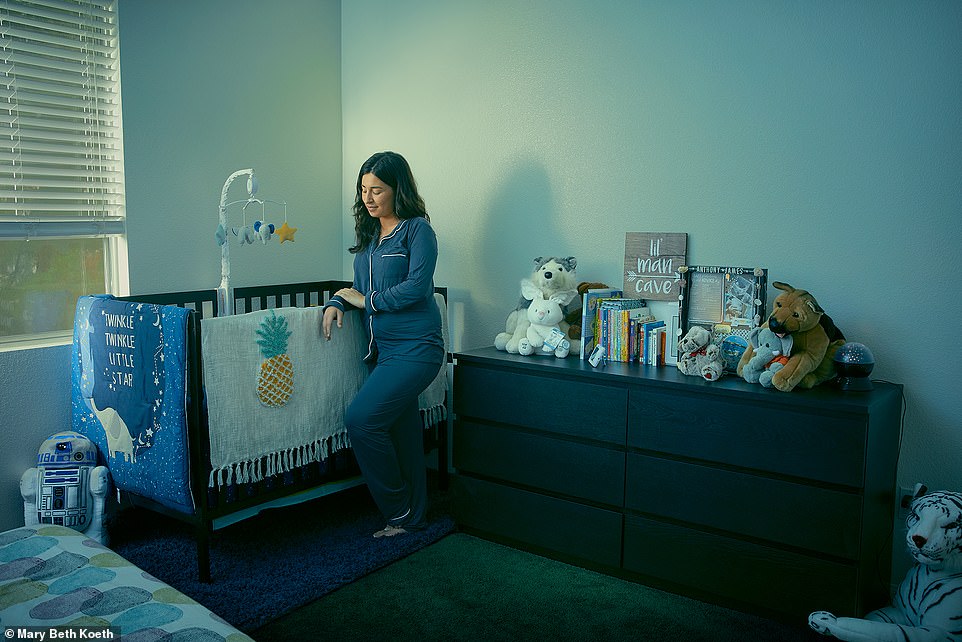 ‘All my friends and family knew I was adamant about not wanting children,’ Canela recalls. ‘I didn’t want to be a mom. I actually didn’t like kids at all.’ But when she found out she was pregnant, her initial reaction surprised her. ‘I thought it was going to be like, What is this leech in my body? I don’t want it. But I immediately felt connected.’ The birth of her son coaxed out a new version of Canela. ‘I just felt like I became a whole new person in the coolest way. As cliché as it sounds, your heart just grows immediately.’

She’s unsure about her future career plans. In school, growing up, Canela was always good with numbers and wanted to be an accountant. She laughs when she thinks about an accountant’s image as being boring, because she believes there’s real potential for the work to be exciting. ‘Even a therapist only knows what you tell them,’ she says. ‘But your accountant knows where you spend all your money. They know all your deep, dark secrets.’ 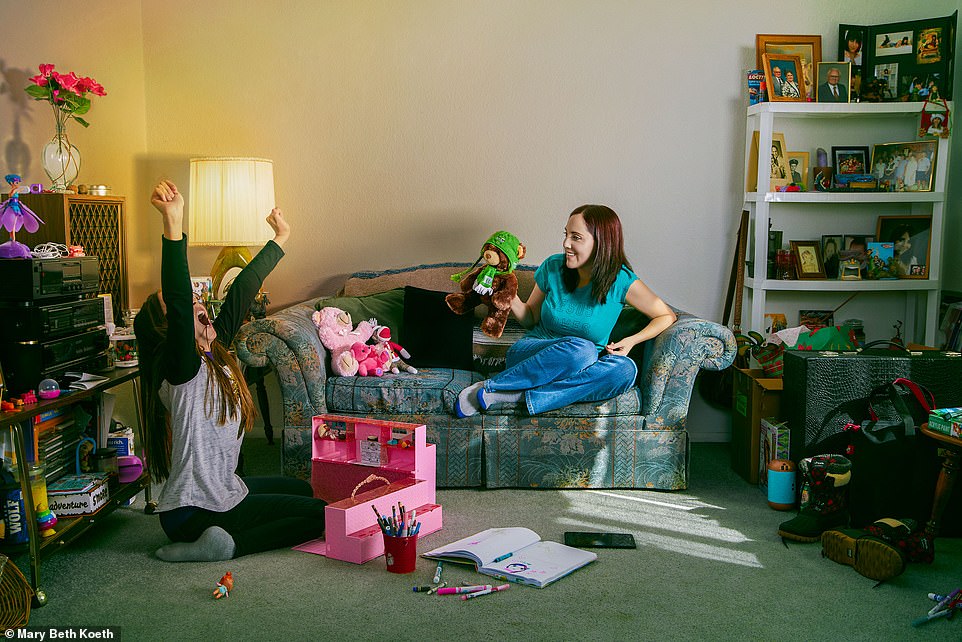 Huntsman’s daughter came into the world early and stayed in the neonatal intensive care unit for her first weeks of life. When they were discharged, her daughter went home with an oxygen tank, which she used for another month. ‘I was very clingy and protective of her for the longest time when she was itty bitty,’ recalls Huntsman. ‘Now that she’s older, she has more space.’

When Huntsman was a little girl, she participated in Girl Scouts, drama club, and talent shows. ‘I was very active in the arts community,’ she says. ‘My daughter is kind of following in my footsteps in a lot of those areas, so that’s pretty cool.’ Her daughter loves to draw and paint and recently started taking karate lessons. Personally,

Huntsman took up mixed martial arts fighting last year. ‘I’m not a pro or anything, but I can protect myself, which is the important thing,’ she says. Becoming a mother came naturally to Huntsman. She found it easy to interpret the needs of her daughter. ‘When I had her, it came automatically with mothering skills,’ she says. ‘Sometimes you just know that you’re made to do something.’