Pregnant Nikki Bella and Artem Chigvintsev have a baby on the way — which has changed things in the bedroom.

“I feel bad because Artem and I went from the honeymoon stage [to getting] engaged, and then I found out I was pregnant two weeks later,” the Total Bellas star, 36, said during the Wednesday, March 11, episode of her and Brie Bella’s “The Bellas Podcast.” “Everything changed so quickly. He has to deal with crazy hormones right now and trying to piece life together, and I deal with a lot of construction.”

The reality star went on to say that her sex life with the “poor guy” is “on and off,” adding, “I don’t know if it’s me.” 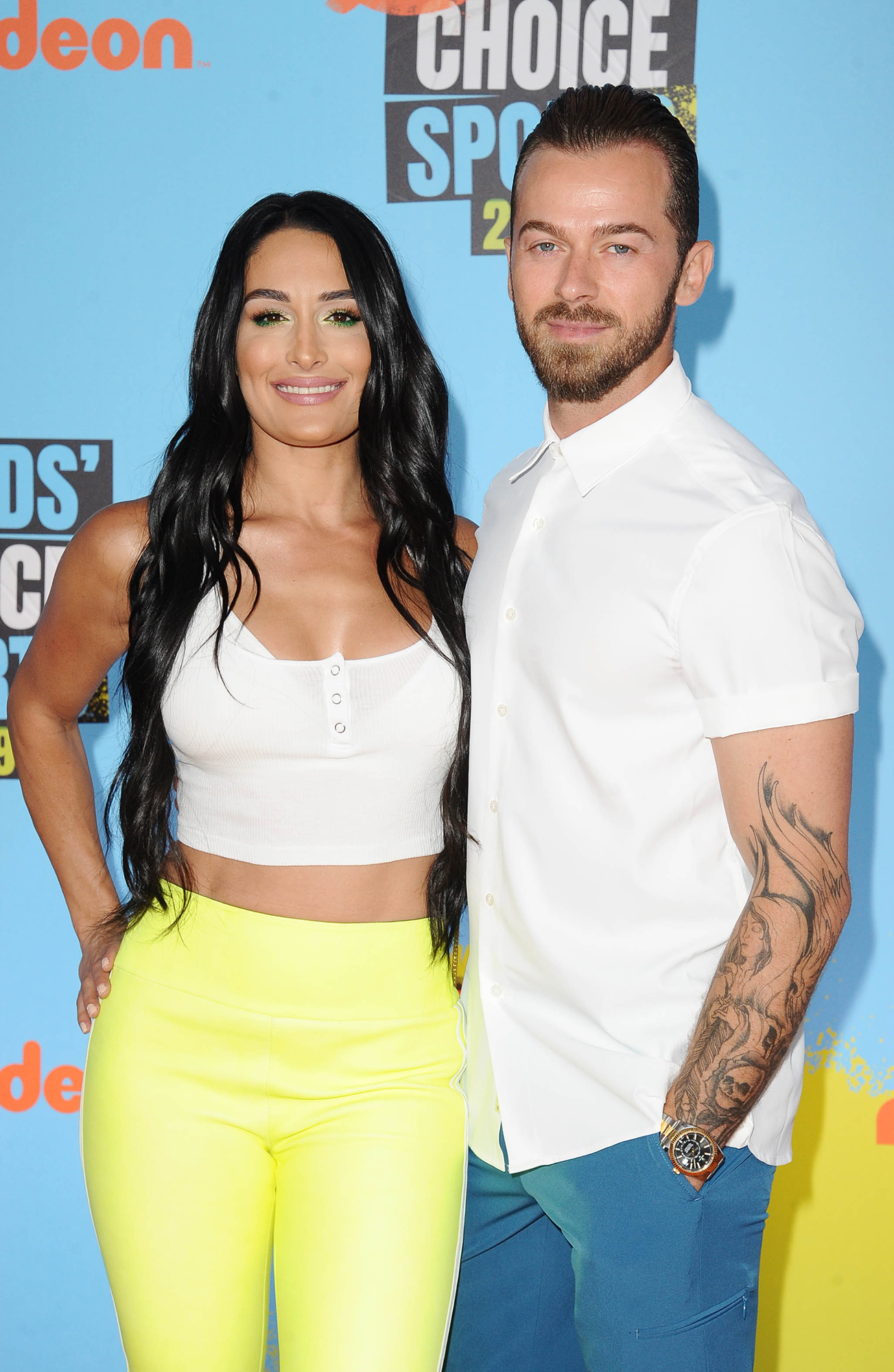 The California native’s podcast guest, Vanessa Lachey, shared the secret to her healthy sex life with her husband, Nick Lachey — shower sex. When the former professional wrestler said that she and Chigvintsev, 37, “stopped” doing that because they “need a bigger shower,” the Love Is Blind host, 39, advised, “If you tell Artem, ‘I want to have sex with you in the shower so we need a bigger shower,’ I have a feeling he’ll be like ‘Extreme Makeover.’ In 48 hours, you’ll have a brand new marble shower.”

Nikki announced in January that she and her twin sister are both pregnant and due within a week and a half of each other. That same day, the E! personality shared her first ultrasound photo in a selfie with the Dancing With the Stars pro.

“Well I’ve outgrown my bras (not like I wore them much anyways lol),” she tweeted in February. “Leaving the alphabet of two D’s to enter a whole new alphabet that terrfies [sic] me. Artem does not seem scared at all. Of course lol.”

“Excited for 2020 and the next decade with you @theartemc,” the Incomparable author wrote on Instagram at the time. “I said yes in France in November! We have been trying to keep it a secret but really wanted to share our excitement for the New Year.”