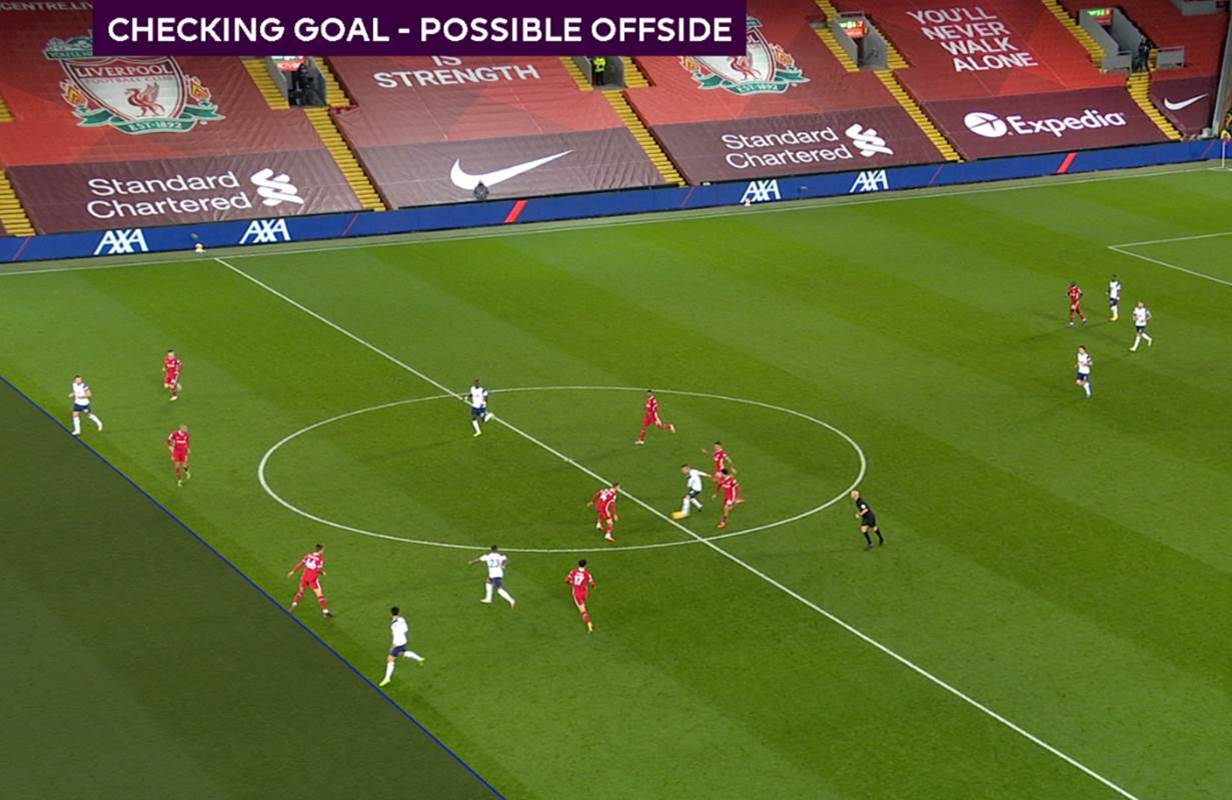 Roberto Firmino ultimately powered home a 90th minute header to see the Reds leapfrog their visitors at the top of the table with a 2-1 win.

But much of the post-match analysis still focused on Son – who had appeared from the naked eye to be offside in the buildup to his goal.

Yet a VAR check determined the 28-year-old was marginally level before he received the ball and finished clinically past Liverpool stopper Alisson.

Many fans questioned why in this particular instance the 3D crosshair lines were not used as they have been for most tight calls this season.

And the Professional Game Match Officials Limited (PGMOL) have now released a statement to explain why that was the case.

It read: "In the 33rd minute of Liverpool vs. Spurs, Son Heung-min scored for Spurs, the goal was checked for a possible offside by VAR.

"The calibrated line was drawn from Liverpool defender Rhys Williams’ furthest point forward, his left foot, which showed that Son was behind him when the ball was played.

"As both player’s feet were the furthest point forward and planted on the ground, the 3D crosshair lines were not required."

Despite the referees ruling the goal would stand, Liverpool boss Jurgen Klopp still insisted that Son was offside.

"There is nobody to blame, the best way to defend Tottenham is to keep the ball all the time."