Princess Anne has been a senior working member of the Royal Family for most of her life. She has been married twice, to Mark Phillips then to Timothy Laurence. Her weddings had a subtle link to Prince Charles and the Queen.

The royal was just 23 years old at the time and the ceremony took place at Westminster Abbey.

She gave a nod to the Queen by wearing the Queen Mary Fringe tiara for the special occasion.

The diamond crown was created by Garrard and was the same piece worn by the Queen at her wedding to Prince Philip. 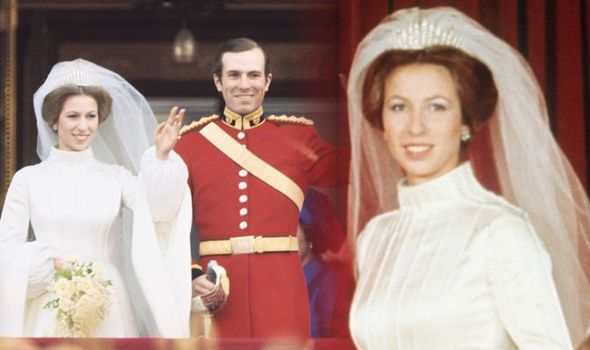 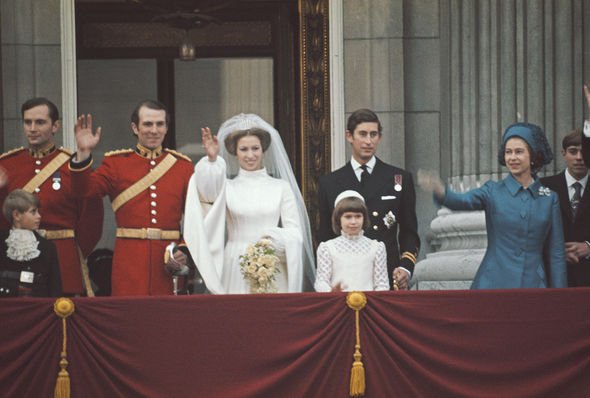 Most recently, the tiara was worn by Princess Beatrice when she married Edoardo Mapelli Mozzi in a private ceremony last month.

The Princess Royal walked down the aisle wearing a custom-made gown created by Maureen Baker for the designer Susan Small.

The simple but chic Tudor-style gown had a high neckline and balloon sleeves.

It had a fitted bodice which poured into a full pleated satin skirt.

Princess Anne completed the look with a seven-foot-long train.

Her wedding followed many traditions of royals who have married before her.

What is perhaps most surprising was the date chosen by Princess Anne.

The royal made a nod to her older brother, Prince Charles, by choosing to get married on his 25th birthday. 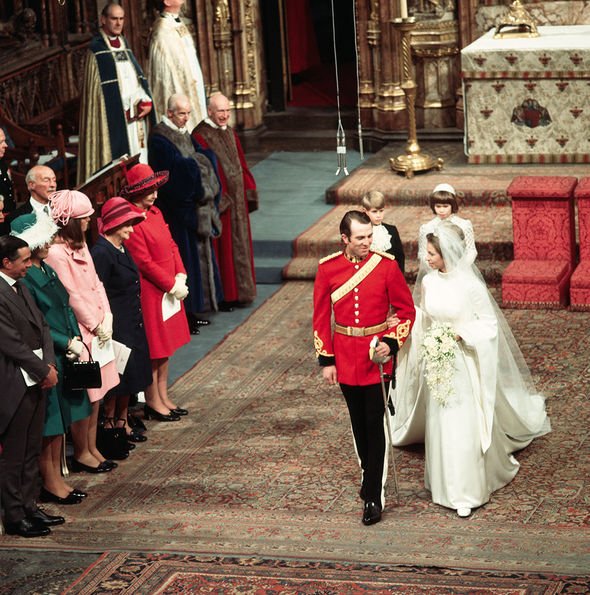 The future monarch seemed delighted with the choice and greeted crowds on the balcony with his sister shortly after the ceremony.

Princess Anne and Mark have two children together, Peter Phillips, 42, and Zara Tindall, 39.

The couple were married for nearly 20 years before they divorced in 1992.

The Queen’s daughter went on to marry Timothy Laurence in a ceremony in Ballater near Balmoral. 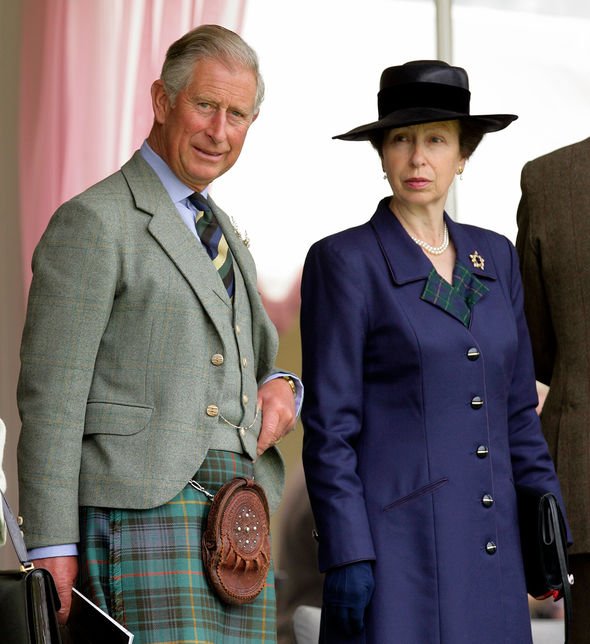 The private occasion was attended by just 30 people and was thought to be a more toned-down affair.

The royal wore a fitted white dress that cut off at the knee.

She paired it with a simple white jacket on top and modest black heels.