Local authors accounted for eight of the 10 bestselling books in Australia last year, with the irrepressible blue heeler, Bluey, the subject of three of them. The canine hero of the ABC TV series, created by Ludo Studios in Brisbane, had seven books in the overall top 20, with combined sales exceeding 910,000 copies.

Despite the emergence of coronavirus and the consequent lockdowns that forced many bricks and mortar bookshops to shift to online sales and offer click-and-collect or home delivery, total book sales jumped by 9 per cent to 66 million in 2020, according to Nielsen BookScan, which surveys more than 1500 booksellers in Australia. Total value increased by 8 per cent to $1.2 billion. 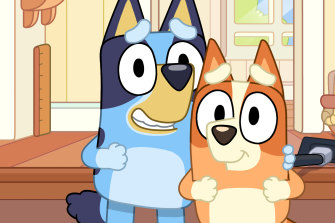 The Bluey books are still romping out the bookshops

Robbie Egan, the chief executive officer of the Australian Booksellers Association, said on balance people had come through the year feeling good about the future. ‘‘We have adjusted to technology and bookshops have realised they have to embrace the internet.’’

He said the relationship between publishers and shops had improved significantly and there was a willingness on the part of booksellers to ask for help from publishers big and small. ‘‘Publishers have been extremely good about helping my members who needed it.’’

What is striking this year is the continuing absence of one of the staples of many annual bestseller lists, international and American fiction, particularly crime. And colouring books for adults – whatever happened to them? It might have been timely for them to reappear.

A decade ago, the top 10 was dominated by Stieg Larsson, the author of the Girl with the Dragon Tattoo trilogy, American children’s writer Jeff Kinney, with the only Australian presence a cookbook by the inaugural winner of MasterChef, Julie Goodwin. Five years earlier, Australian readers had been in the grip of Dan Brown and the phenomenon of The Da Vinci Code (five titles in the top 10, including an illustrated Da Vinci Code).

Last year novelists Delia Owens (Where the Crawdads Sing) and Stephenie Meyer (Midnight Sun) were the only US authors in the top 10, although Barack Obama’s memoir, A Promised Land, which was the bestselling book at Christmas, hovered outside the top 10 having sold more than 111,000 copies since publication in the middle of November. 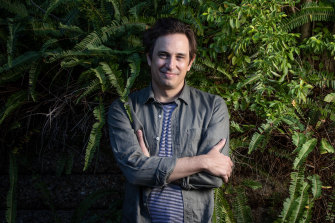 But in an unprecedented year for all retailers, enduringly popular authors put in sterling performances.

Dymocks managing director Mark Newman said his 57-shop chain had definitely seen a trend towards Australian stories. ''This really kicked off with the phenomenon that was The Dry by Jane Harper. When this was first released in 2016 we began to notice other Australian books moving up the bestseller list. This year has been particularly strong for Australian authors with new books.''

Andy Griffiths and Terry Denton sold more than 147,000 copies of the latest instalment in their Treehouse series, and Scott Pape’s The Barefoot Investor, which held the top spot in 2018 and 2019, managed to sell more than 140,000 copies despite having been published more than four years ago.

Trent Dalton’s hugely successful first novel, Boy Swallows Universe, which was published in March 2019, outsold his second, All Our Shimmering Skies, by more than 7000 copies to finish in sixth spot. After Pape, it was the second most popular Australian book for adults.

Melbourne crime writer Harper’s fourth novel, The Survivors, sold more than 125,000 copies in little more than three months. (It’s a been good few months for her with the screen version of The Dry receiving enthusiastic reviews.)

The publication of Julia Baird’s Phosphorescence ‘‘about awe, wonder and the things that sustain you when the world goes dark’’ certainly struck a timely chord when published last March and sold nearly 121,000 copies.

The 100-year-old Australian author who wrote The Happiest Man on Earth, Eddie Jaku, would have been pretty happy to sell about 110,000 copies of his memoir of surviving the Holocaust, while readers didn’t seem fazed that Lee Child had started writing his popular Jack Reacher series with his younger brother, Andrew. The latest instalment, The Sentinel, was snapped up about 105,000 times.

In the solely Australian top 20, Bruce Pascoe’s consistently popular Dark Emu finished just behind Jaku, while Matthew Reilly’s latest crash-bang-wallop thriller, The Two Lost Mountains, was one spot behind him in eighth. Heather Morris’ The Tattooist of Auschwitz came next, followed by Pip Williams’ acclaimed first novel, The Dictionary of Lost Words. Malcolm Turnbull’s memoir, A Bigger Picture, finished one spot outside the Australian top 10.

Mr Newman said 2020 had in the end been quite a good year for the book trade. ''After a slow start to the year and the initial impact of the closure of retail in March/April, sales of books mirrored the overall increase in retail sales during COVID.'' He said economic forecasts pointed to a positive retail outlook for the majority of 2021.