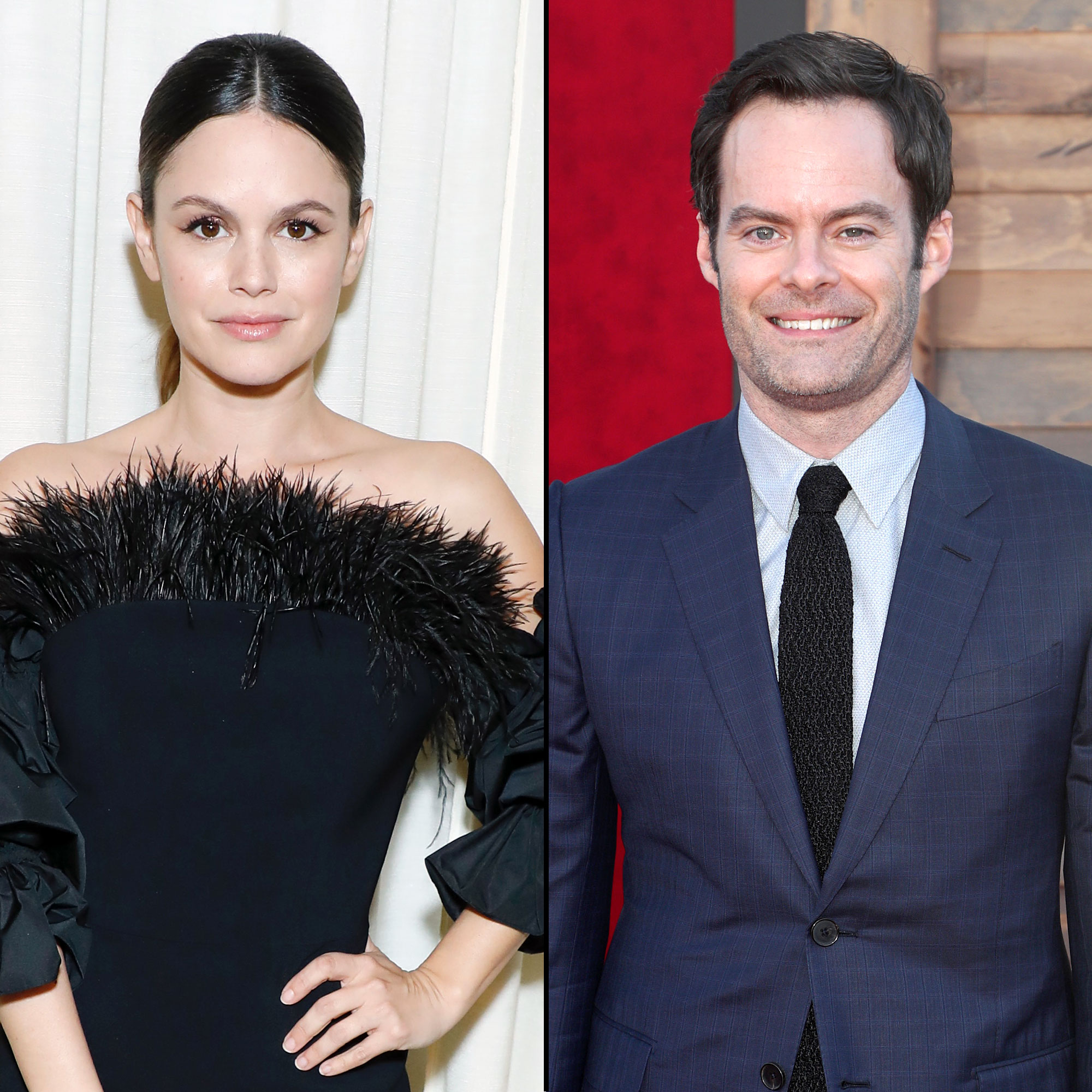 Remember when? Rachel Bilson opened up about her whirlwind romance with Bill Hader, making a rare comment about the former duo’s red carpet debut.

Bilson, 40, reflected on the relationship during a recent episode of her “Broad Ideas” podcast with guest Aubrey Plaza, and the pairing came as a major surprise to the O.C. alum’s To Do List costar. “Are you serious?” Plaza asked after Bilson recalled dating Hader, 44, “two years ago.”

The Parks and Recreation alum joked, “I don’t know s–t. I don’t know anything,” as Bilson clarified, “We dated. I went with him to the f–king Golden Globes.”

Hader and the Hart of Dixie alum were first linked in December 2019 when they were spotted grabbing coffee together in his hometown of Tulsa, Oklahoma. (The Barry actor also starred alongside Bilson and Plaza in 2013’s The To Do List.)

One month after sparking dating rumors, the Saturday Night Live alum took his relationship with Bilson public at the 2020 Golden Globes. The twosome posed side by side on the red carpet, with Hader wrapping his arm around the California native’s waist. An onlooker told Us Weekly at the awards show that the pair were “holding hands” in the building’s entryway before Hader stopped “to high five a male guest and briefly chat.”

While attending the event, Hader’s Barry costar Henry Winkler gushed over the unlikely couple, telling Us what made the romance work. “[It’s] because Bill is great and Rachel is so lovely,” the 76-year-old Happy Days alum said in January 2020.

However, the relationship didn’t last long, with Bilson and the Skeleton Twins star calling it quits by July 2020. Earlier this month, the Jumper actress spoke to Mandy Moore about going through a “really hard” breakup during the COVID-19 pandemic — but she didn’t mention her former flame by name.

“I could not leave my house, you know what I mean? I had nothing else to do but sit in it, and deal with it and feel it,” Bilson shared on the June 6 episode of her podcast. “It was probably the hardest thing I’ve ever done⁠, harder than childbirth.” 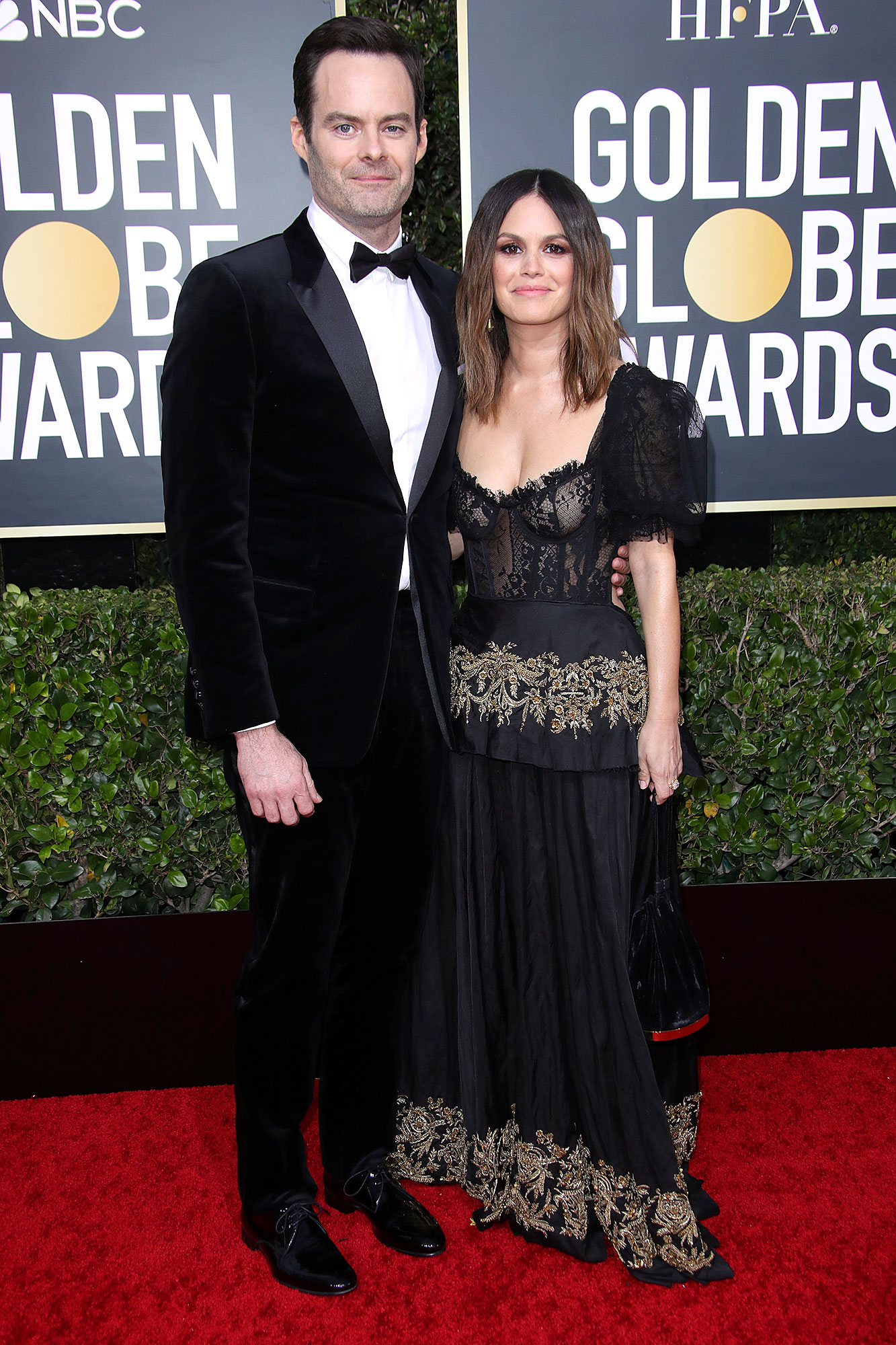 Going through a breakup alone “hurt like a motherf–ker,” but Bilson thought the experience made her stronger. “If you actually face it, you can come out of it and be like, ‘OK, I did that and I’m ready for the next thing,’” she said.

Celebrity Exes Who Worked Together After the Breakup

The Last Kiss star previously dated Adam Brody, whom she worked with on The O.C., before moving on with Hayden Christensen. Bilson and the Obi-Wan Kenobi actor, 41, got engaged before their September 2017 split and share daughter Briar, 7. Bilson was later linked to Bachelor Nation’s Nick Viall, but she asserted to Us in December 2019 that the duo “have always just been friends.”

Hader, for his part, shares daughters Hannah, 12, Harper, 9, and Hayley, 7, with ex-wife Maggie Carey. Us confirmed earlier this year that the Emmy winner is dating Anna Kendrick, but Hader is hesitant to talk about the budding romance for the sake of his kids.