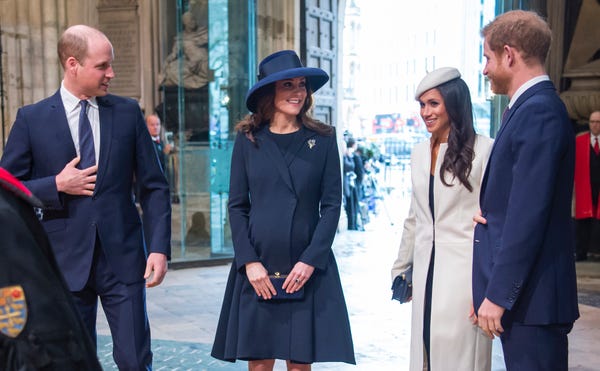 This photo shows the "Fab Four" huddled together outside of Westminster Abbey, where the ceremony took place. 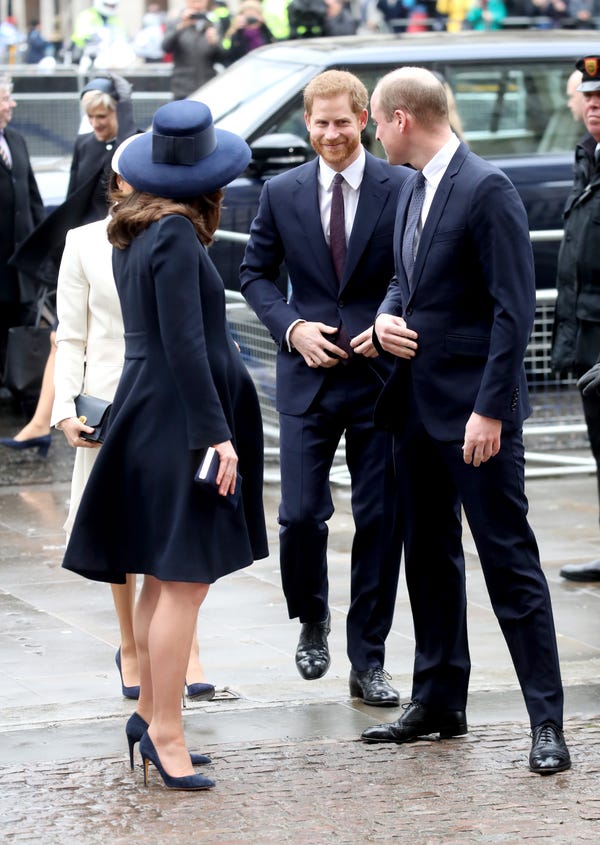 William and Harry share a knowing smile in this candid photo taken outside the church.

The group were seated together for the wedding of Princess Eugenie and Jack Brooksbank that same year. Markle, Harry, and Middleton appear engrossed in conversation in this photo. 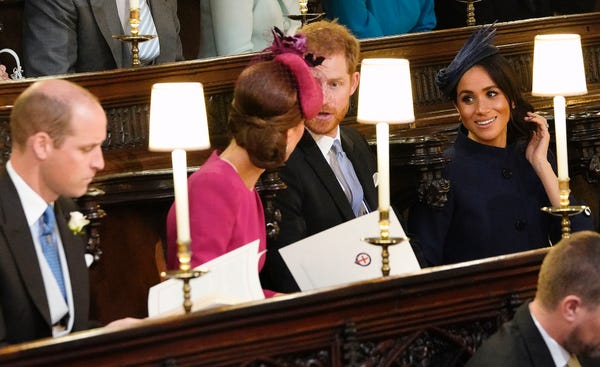 Princess Eugenie's wedding in October 2018 came five months after Harry and Markle's own wedding, and it took place at St George's Chapel, the same location.

This behind-the-scenes snap shows the couples and other members of the family leaving the ceremony together. 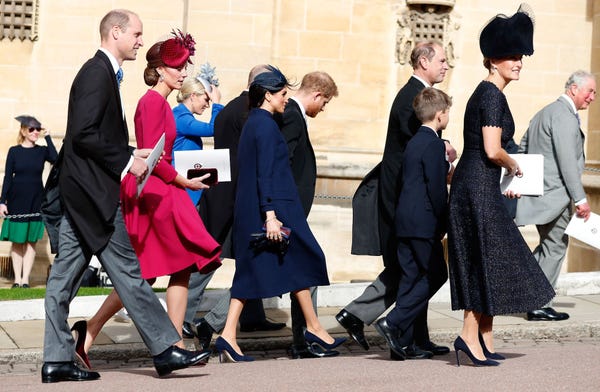 They were on their way to the Royal Lodge in Windsor for the reception. Unlike the ceremony, which was broadcast on live TV, the reception was a private event, so no photos from it were released.

The Sussexes and Cambridges walked together at a joint royal engagement in July 2018. This was different to most other occasions, where they have been more likely to split off into their couples. 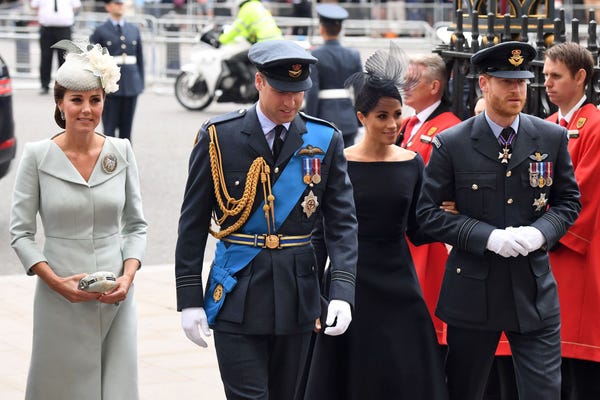 Harry, Markle, William, and Middleton were attending events to mark the centenary of the RAF.

This low shot of the couples leaving Westminster Abbey shows off the unique architecture of the church, where William and Middleton married in 2011. 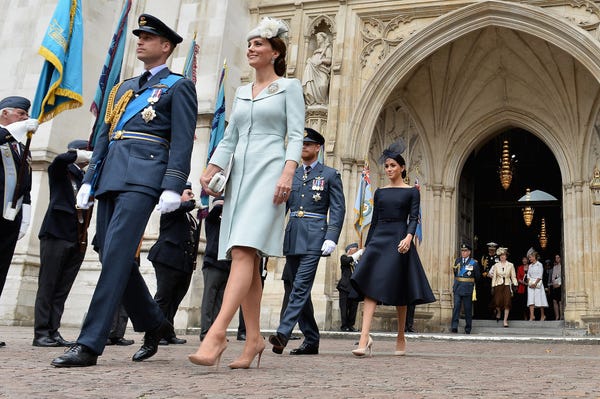 Middleton initially wasn't supposed to attend the event with William, Harry, and Markle, but took a break from maternity leave to do so, according to Town and Country.

They reunited for the Commonwealth Day service in March 2019. In this photo, a heavily-pregnant Markle chats to Prince Charles, while Middleton speaks to Camilla, Duchess of Cornwall. 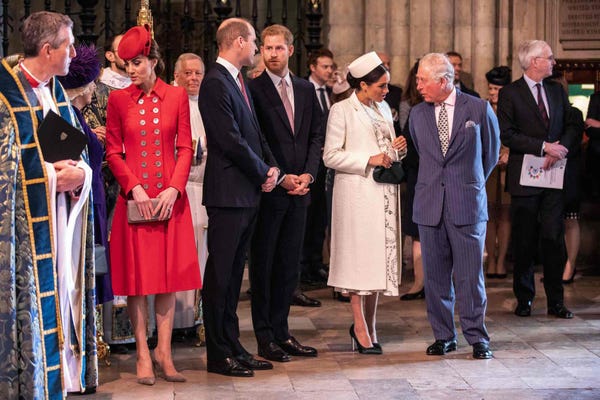 This event took place amid rumors that the "Fab Four" were feuding. While Middleton and Markle are yet to speak on the rumors, Harry later admitted that he and his brother were on "different paths at the moment."

However, the brothers made a rare joint statement at the beginning of this year, denying rumors that William "bullied" Harry out of the royal family.

The Sussexes and Cambridges will reunite for the Commonwealth Day service on Monday, where they will publicly come face-to-face for the first time since "Megxit."