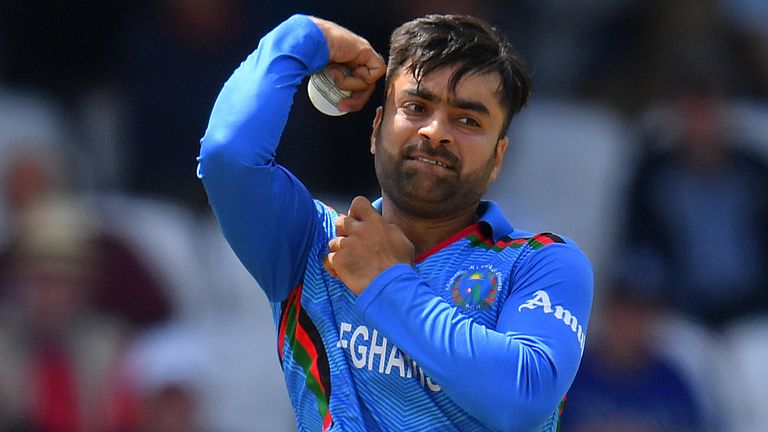 Spinner Rashid Khan took three wickets as Afghanistan beat Ireland by 11 runs in a rain-affected T20I match to take the lead in their three-match series.

Rashid finished with impressive figures of 3-22 from his four overs to restrict Ireland to 172-6 at the Greater Noida Sports Ground, India.

Although Afghanistan lost a string of wickets during their reply, Najibullah Zadran’s undefeated 42 from 21 balls was enough to keep his side ahead on Duckworth-Lewis-Stern calculations when rain intervened.

Ireland began brightly after winning the toss, with Paul Stirling (60) and Kevin O’Brien (35) putting together an opening stand of 63 in the powerplay. But Khan picked up the key wickets of Stirling and Andy Balbirnie (29) in quick succession and Ireland needed Harry Tector’s undefeated 29 from 17 deliveries to clamber above the 170 mark.

Afghanistan openers Rahmanullah Garbaz (28) and Hazratullah Zazai (23) put on 54 for the first wicket before both fell to off-spinner Simi Singh (2-18).