ZINEDINE ZIDANE did not write the farewell letter that took aim at Florentino Perez, the Real Madrid president has claimed.

Los Blancos accepted the coach's resignation for the second time in May following a trophy-less season at the Bernabeu. 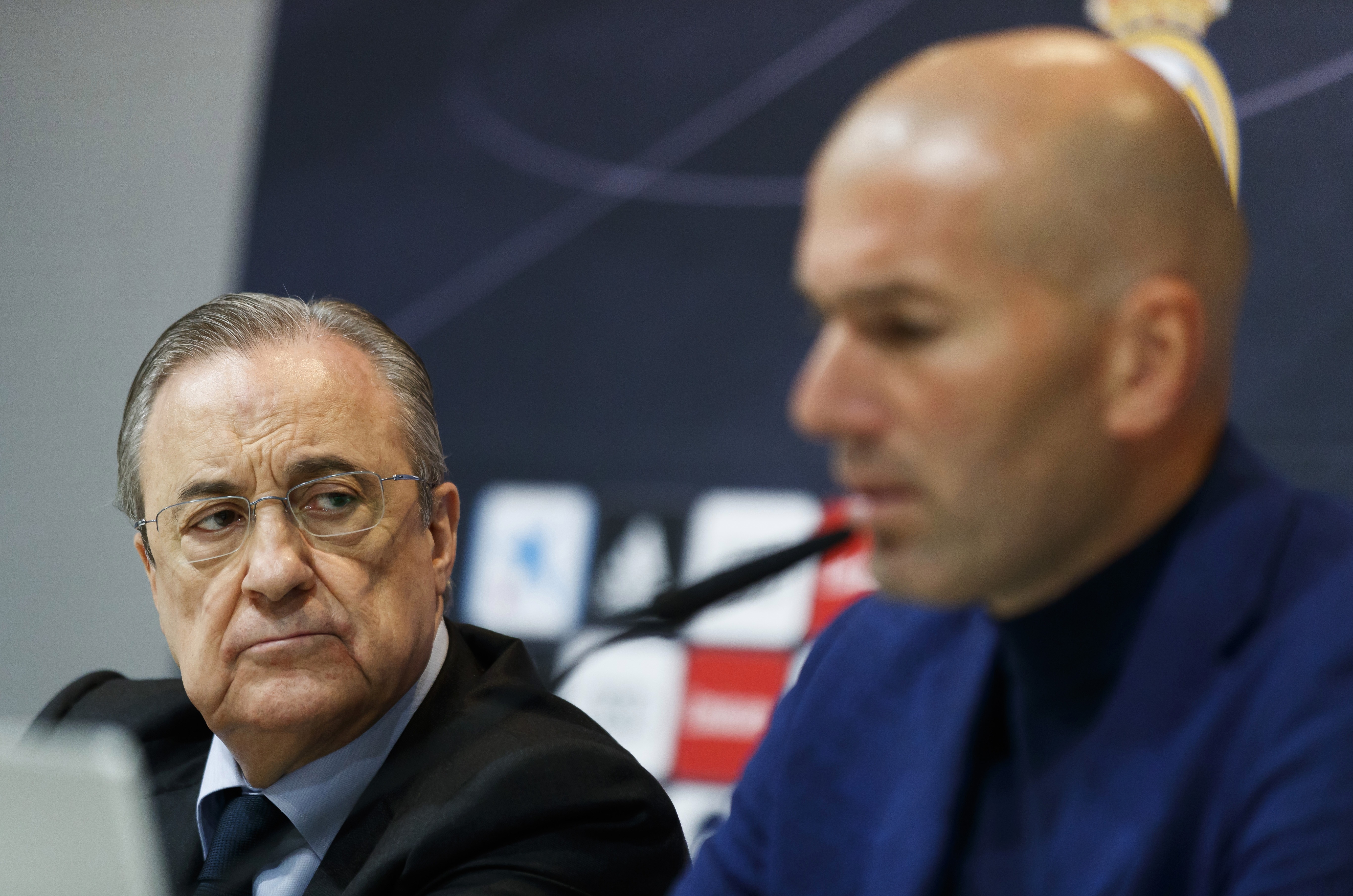 Upon his departure, French legend Zidane detailed his poor relationship with Perez in an open letter to fans.

However the 74-year-old has insisted the claims were not penned by the ex-midfielder, who he wanted to keep at the club.

Perez told Onda Cero, via Marca: "I know [Zidane] and it has been a hard year, I fought for him to stay.

"I have not read the farewell letter, I swear on my grandchildren.

"The person who wrote that letter was not Zidane.

"I wish him well, he has been a legend for Real Madrid and he has all of our recognition, he has the dream of being the French coach and I'm sure he will achieve it."

Perez has gone back to Carlo Ancelotti to succeed Zidane ahead of the new season.

The 49-year-old is reportedly ready to take a break from management while waiting for the France national team job to become available.

After resigning from his role at Madrid, a long statement to fans included a jibe at Perez over the short shelf life of Los Blancos' coaches.

He wrote: "I’m a natural-born winner and I was here to win trophies.

"But even more important than this are the people, their feelings, life itself and I have the sensation these things have not been taken into account, that there has been a failure to understand that these things also keep the dynamics of a great club going.

"To some extent I have even been rebuked for it. I want there to be respect for what we have achieved together.

These days the life of a coach in the dugout at a big club is two seasons, little more.

"I would have liked my relationship with the club and the president over the past few months to have been a little different to that of other coaches.

"I wasn’t asking for privileges, of course not, just a little more recollection.

"These days the life of a coach in the dugout at a big club is two seasons, little more."

Related posts:
June 26, 2021 Lifestyle Comments Off on Real Madrid president Perez claims he has not read Zidane's farewell letter as Frenchman 'did not write it'
Celebrity News:
What Is Offset's Real Name?
How Did Courteney Cox Meet Boyfriend Johnny McDaid? What Is Their Age Difference?
It Was Love at First Sight When Track Athletes Tara Davis and Hunter Woodhall Met at Age 16
Scooter Braun Officially Files For Divorce From Yael Cohen – & Already Has A Prenup In Place!
OMG! Prince William Is Also Writing a Book After Harry's Memoir News
Recent Posts