In the last year, the 21-year-old has finished a degree, started a family and now won silver at the Tokyo Paralympics in the 100m breaststroke S13 for the visually impaired.

Redfern spent the early days of lockdown training a hot tub and finishing her dissertation, and when pools did reopen social distancing robbed her of 30 per cent of training time.

“I found out I was pregnant and I thought that was my swimming career done, it was over,” said the Droitwich star.

“It’s insane how tough everything has been, but I hope I’ve proved to everyone that you don’t have to stop doing something you love because of something else.

“It’s been a really hit and miss and I was asking, ‘am I going to get there, am I going to swim my best’. Looking back, it’s amazing what I’ve actually achieved.

“My family, my parents have been absolutely amazing. My brothers, my partner, my coach, just everyone. They say it takes a village to raise a child and it definitely does.”

In the race itself Redfern scorched down the first length to lead by a second at the turn, but tightened up badly and missed out on gold by 0.64.

She was caught by Elena Krawzow, who became the first Paralympian to feature on the front cover of Playboy magazine in Germany in September. 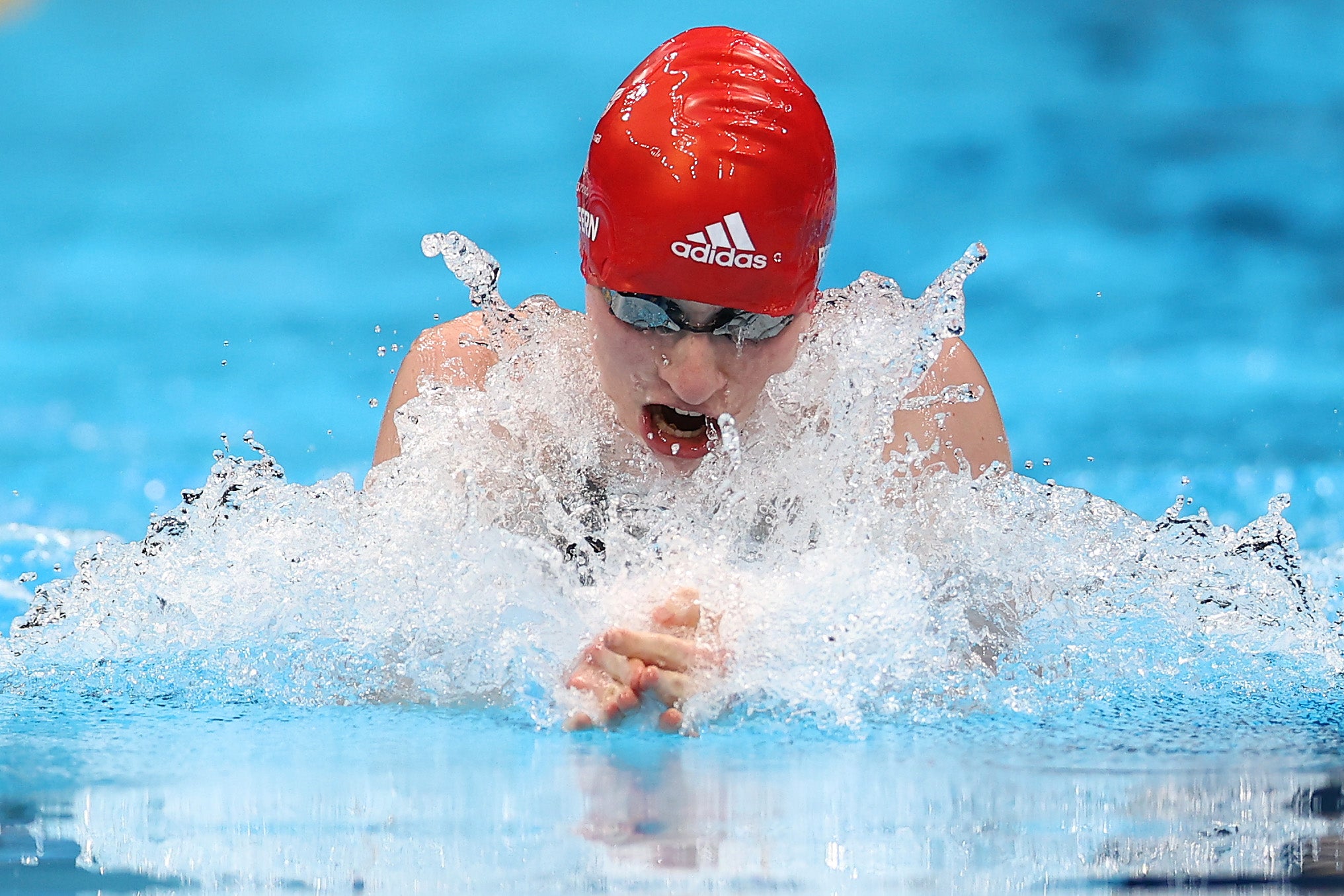 Female athletes who are parents are not common at the Paralympics. Such stories fell out of the Olympics, with Helen Glover, Laura Kenny and Naomi Folkard alone representing Team GB.

Redfern echoes the familiar refrain that success is even more significant when it is shared but also skilfully qualified the Supermum trope.

“This means so much more than Rio,” said Redfern, who broke the world record in the heats on the way to silver five years ago.

“The time away, it has been a long three weeks but I hope I’ve made him proud. He will be able to look back on all of this for so many years and tell all of his friends. I’m so proud to do this for him.

“I am different, I may have a different mindset but I’m still the same, determined stubborn athlete I was before. Just because I have a baby, it doesn’t mean I’m different.”

Redfern’s father and brother captured the spotlight at Rio 2016, sobbing their way through the national anthem as she stood on the podium at the tender age of 16 years old.

Patrick added to their number last year, a challenging time for new parents, and it turns out Redfern won her first major title, gold at the 2019 World Championships, while pregnant.

“I’m a lot more relaxed as an athlete now,” she said.

“I’m not focusing on the little things in sessions that might go wrong or anything, if I have a bad session, it’s OK because I’ve got a life outside and he needs me to be happy.”

With Patrick born last June, Redfern would have missed out on the original dates for the Games and the postponement was providential.

“It felt like they postponed the Games for me,” she said.

“It felt like fate and that they’d given me time to recover and prepare for the Games. I felt like I had to come in, I had to give it my all, and that’s what I did.”

Fate was cruelly twisted in the case of 18-year-old Zara Mullooly, who revealed she was one of the two British swimmers who had to self-isolate in Japan as a close contact of a support staff member who tested positive for Covid.

She and Scott Quin missed a week of training at ParalympicsGB’s holding camp, eating meals in their rooms and travelling separately to team-mates, only given special dispensation to compete.

Mullooly won two medals at the 2019 Worlds and had high hopes in Tokyo but struggled badly in the 400m freestyle, ten seconds outside her personal best, finishing fourth.

“It’s affected my endurance but it’s more a mental thing. I’ve found it really, really difficult to manage my expectations coming into the Games.”

Mullooly’s experience felt like a final nail in the coffin that could mean she is lost to the sport of swimming. She will start a law degree on return to Britain.

“Everyone will have a month off and that will give me time to settle in to uni and figure out how training’s going to fit into my schedule,” she said.

“I think I’m going to pretty busy, so I don’t know. I’d like to think that this has made me a lot stronger, but it’s been absolutely miserable.”

Sport isn’t always a fairytale – that’s something Redfern would understand.

Sainsbury’s is a proud supporter of ParalympicsGB and a champion of inclusive sport for all. Sainsbury’s commitment to helping customers to eat better has been at the heart of what we do since 1869. For more information on Sainsbury’s visit www.sainsburys.co.uk/ and https://paralympics.org.uk/