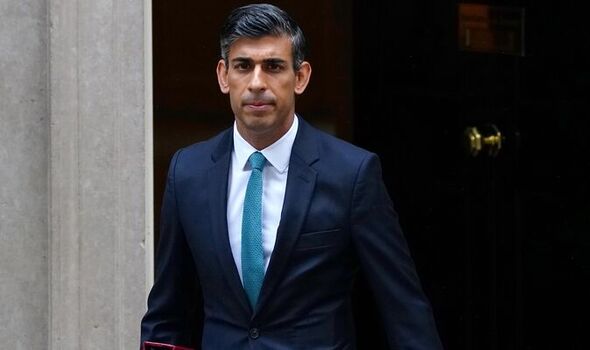 The PM’s predecessor Liz Truss had been planning to go to the UN summit in November. Mr Sunak pulled out because of “domestic commitments” ahead of the Autumn Budget on November 17.

The Wildlife Trusts, Royal Society for the Protection of Birds and the National Trust are among the 50 organisations asking the Prime Minister to set aside “misguided plans” for deregulation.

Green groups have written to Rishi Sunak on behalf of their eight million members to urge him to “make the right choice” for the planet.

The Wildlife Trusts, Royal Society for the Protection of Birds and the National Trust are among the 50 organisations asking the Prime Minister to set aside “misguided plans” for deregulation.

In a letter to Mr Sunak yesterday, the groups said: “As members of the UK’s environmental movement, on behalf of our eight million members and more, we ask you to make the right choice.

Mr Sunak’s predecessor Liz Truss angered environmental campaigners with her “attack on nature” which included lifting a ban on fracking.

“Please honour the 2019 pledge for environmental ambition, green jobs and a sustainable economy.

“Let’s make the future of our wonderful country a green and prosperous one.”

Responding to Rishi’s ban on fracking, the WCL’s chief executive Richard Benwell said: “We will look for similar sense in the approach to new fossil fuel supplies in the North Sea – they should stay in the ground – and in the nature-friendly deployment of renewables and energy efficiency measures.”

Meanwhile, King Charles has not been banned from attending Cop27, a government minister has insisted.

Tory frontbencher Baroness Neville-Rolfe told Parliament that Charles’s presence at the conference is “a matter for the Palace”.