Not tuning in. Catherine Giudici revealed that husband Sean Lowe refused to watch season 17 of The Bachelorette after host Chris Harrison permanently exited the franchise.

“I’m watching it. My husband is kind of boycotting it because of the Chris Harrison stuff, but I’m watching it this season to support the girls,” the graphic designer, 35, told relationship expert Rori Sassoon at the Wednesday, June 23, launch party for the UnFiltered dating app. “It’s been interesting. It’s been an interesting season. It’s just the beginning. … I’m excited for Katie [Thurston].”

The couple are one of the few long-term success stories from the franchise. Lowe, 37, and Giudici got engaged during season 17 of The Bachelor, which aired in 2013. They tied the knot in January 2014 and are parents of three kids: sons Samuel, 4, and Isaiah, 3, and daughter Mia, 18 months. 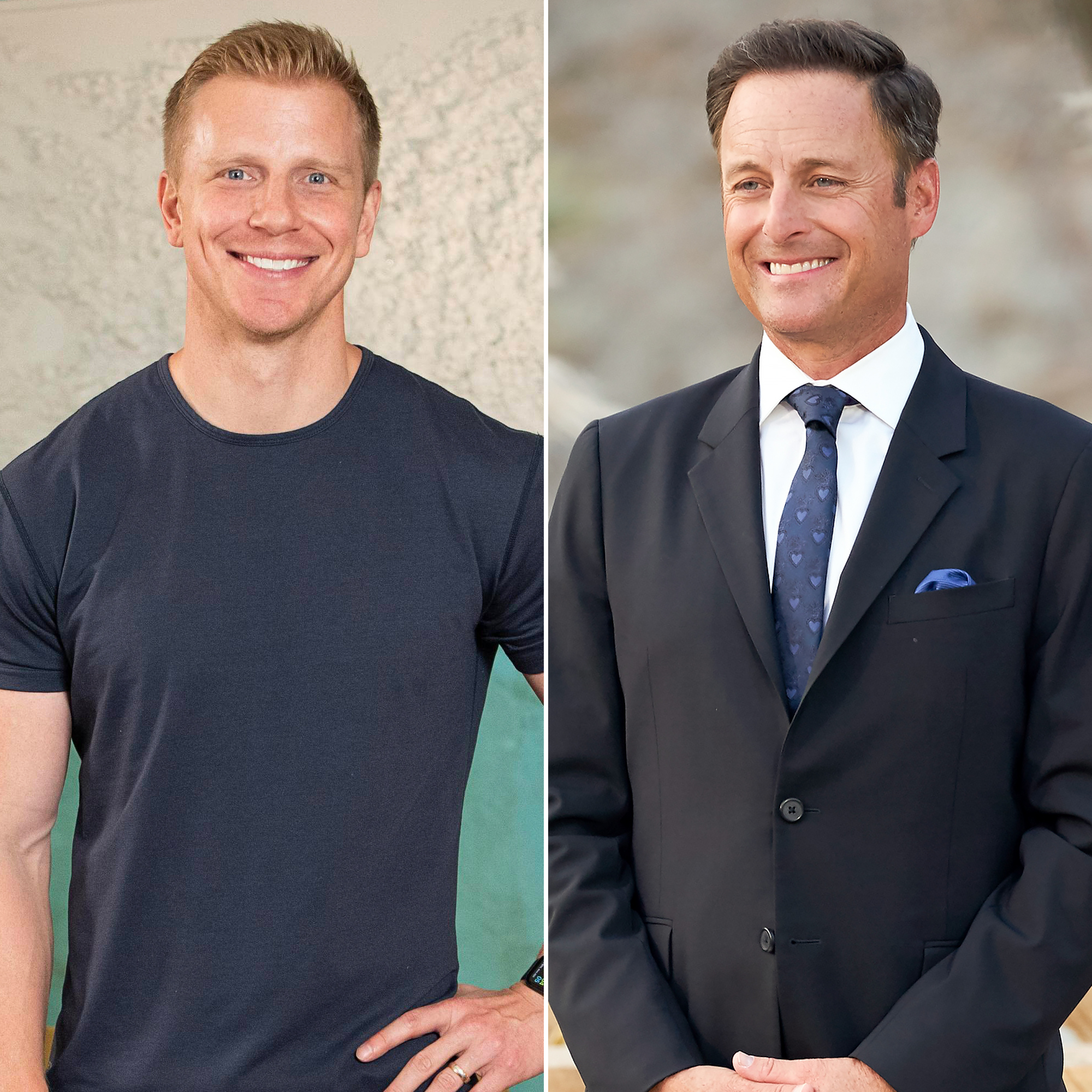 Us Weekly reported on June 8 that Harrison, 49, would not return to the franchise after he took a temporary leave of absence in February. His departure followed his controversial interview with former Bachelorette Rachel Lindsay, in which he defended Bachelor season 25 contestant Rachael Kirkconnell despite her racially insensitive past. Kaitlyn Bristowe and Tayshia Adams stepped in to fill his role as cohosts for Thurston’s season, which premiered on June 7.

How Chris Harrison’s Interview Led to His Exit: Timeline

Warner Horizon and ABC Entertainment confirmed Harrison’s exit earlier this month. “Chris Harrison is stepping aside as host of The Bachelor franchise,” a statement to Us read. “We are thankful for his many contributions over the past 20 years and wish him all the best on his new journey.”

The former Who Wants to Be a Millionaire? host spoke out about the change later that day. “I’ve had a truly incredible run as host of The Bachelor franchise and now I’m excited to start a new chapter,” Harrison wrote via Instagram. “I’m so grateful to Bachelor Nation for all of the memories we’ve made together. While my two-decade journey is wrapping up, the friendships I’ve made will last a lifetime.”

Although Harrison seemed accepting of the outcome, things were tenser behind the scenes. “The whole situation is frustrating for him,” a source exclusively told Us earlier this month. “Until things are settled legally and contractually, he can’t even plan his next steps.”

The insider added that the longtime Bachelor Nation host had “been getting all kinds of offers on projects” and his exit did not signal “the end of Chris Harrison hosting.”

After season 17 of The Bachelorette wraps up, a series of rotating celebrity guest hosts — including David Spade, Tituss Burgess, Lil Jon and Lance Bass — will helm season 7 of Bachelor in Paradise. A source told Us the setup appeared to be “like an audition” to “test” who will take over season 18 of The Bachelorette with Michelle Young.

The Bachelorette airs on ABC Mondays at 8 p.m. ET.

Related posts:
June 26, 2021 Lifestyle Comments Off on Sean Lowe Is ‘Boycotting’ the ‘Bachelor’ Franchise Over Chris Harrison Exit
Celebrity News:
What Is Offset's Real Name?
How Did Courteney Cox Meet Boyfriend Johnny McDaid? What Is Their Age Difference?
It Was Love at First Sight When Track Athletes Tara Davis and Hunter Woodhall Met at Age 16
Scooter Braun Officially Files For Divorce From Yael Cohen – & Already Has A Prenup In Place!
OMG! Prince William Is Also Writing a Book After Harry's Memoir News
Recent Posts