They broke out! George Costanza and his pals Jerry, Elaine and Kramer are no longer behind bars — according to Jason Alexander.

‘Seinfeld’ Cast: Where Are They Now?

“I mean, you’re assuming he got out of prison?” the actor, 61, exclusively told Us Weekly. “You’d have to think today, because apparently, he made all his money. If you saw the Curb [Your Enthusiasm] reunion, he made all his money with the iToilet app and then lost it to Bernie Madoff. So, my imagining is that George is probably quarantined in with his parents and refuses to leave the room. He only eats through some sort of food app and will not come out of his room.” 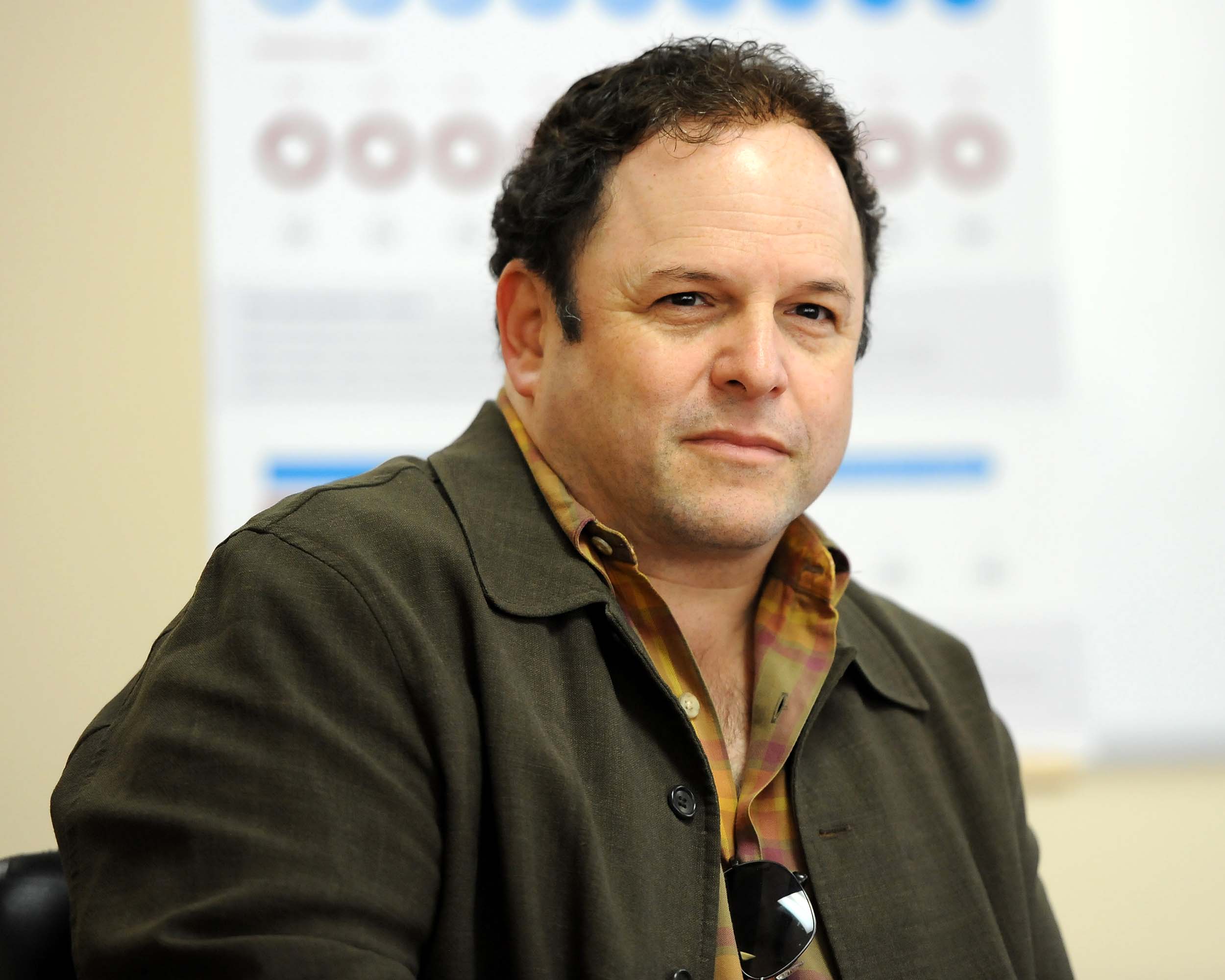 But it doesn’t end there (yada, yada yada).

“His parents are wearing 15 masks,” he continued. “He was crazy about Lupus, imagine what he’d do with COVID. He would not be weathering this pandemic very well, I’m sure!”

Seinfeld’s series finale aired on May 14, 1998, to an audience of 76 million viewers. The NBC comedy, which ran for nine years, ended with the group locked up because of laughing — and not helping — when an overweight delivery man was carjacked.

The cast — Alexander starred alongside Jerry Seinfeld, Julia Louis-Dreyfus and Michael Richards — reunited onscreen years later during a 2009 Curb Your Enthusiasm episode, thanks to Seinfeld creator Larry David. Alexander, for his part, went on to appear in The Marvelous Mrs. Maisel, Robot Chicken, the Mad About You revival and Young Sheldon. In February, he also starred in a Tide commercial for Super Bowl LV amid the ongoing coronavirus shutdown.

“So before the pandemic, I, like Seth Rogen, had become a ceramicist. And that was kind of curtailed for me because the studio is a public studio and it’s one of the places that’s kind of closed for COVID,” he told Us of his new hobbies. “So I started watching The Great British Bake Off and I went, ‘I can do that.’ And so I went out and bought my stand mixer and all kinds of things and I’ve become a baker. I’ve been making birthday cakes and I’ve been making little treats for people. And it feels similar to pottery in some ways.”

The downside of baking so much? “I’ve actually lost weight during the pandemic because I gained 20 pounds immediately and went, ‘Nope, this is no good. This can’t be my COVID 20,’” he revealed. “So I went on a diet plan and I’ve gotten the weight back down, but boy baking — you can’t get away from it because you got to try it and I’m making way too much stuff. But baking has become my new [thing]. Thank God, I didn’t watch a glassblowing show. God knows what I would be doing. But baking, yeah. So if you need a cookie stop by.”